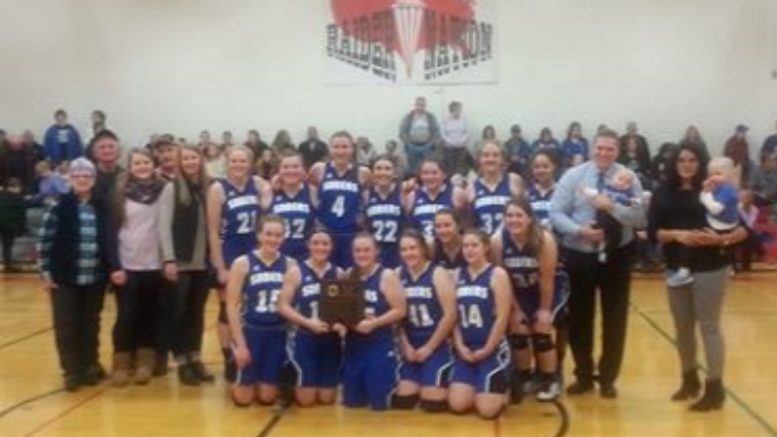 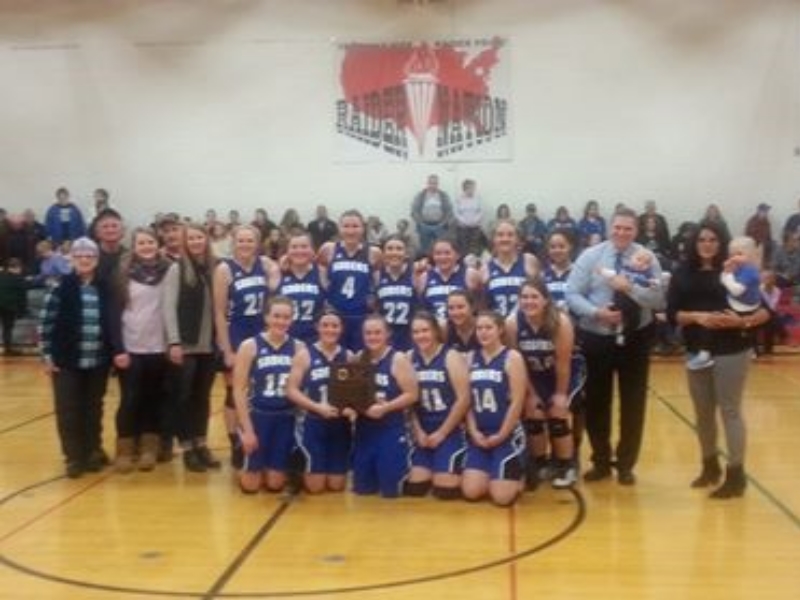 In a physical game not only do you need to be physically ready, but mentally prepared as well. The Susquehanna Lady Sabers proved be both while capturing the program’s first title in the Annual Denise Reddon-Jill Hoffman Memorial Girls Basketball Tournament, defeating Montrose, 41-22.

Taylor Huyck paced the Lady Sabers with 11 points and Bethany Maby added 10, while Mackenzie Steele controlled the paint, but it was Tournament Most Valuable Player McKenzie Rhone who set the tone for the Sabers.

“I thought the big key for us defensively was McKenzie Rhone and Skyla Wilson made Harper Andre’s life very difficult tonight,” said Susquehanna Coach Errol Mannick. “She’s their best player, she’s excellent, but whenever your best player can’t get going, it kind of confuses everyone else.”

“I’m just trying to deny her (Andre) the ball, make it tough for them to get into their offense,” said Rhone. “Often they are used to getting the ball where and when they want, and we try to disrupt that.”

Knowing that Montrose also brought good size into the game Mannick thought Steele’s presence in the lane was instrumental in his team’s victory.

“The other key is we have a good shot blocker (Steele) in the back, who was really smart in the way that she blocked shots tonight,” said Mannick. “She really only made one or two defensive mistakes.”

Montrose Coach Todd Smith concurred that Steele made a huge impact in the lane and affected how his post players shot the ball.

“We got the ball inside, but we were afraid of her (Steele) and took timid shots,” said Smith. “We just have to be more aggressive and less intimidated.”

However, Smith was optimistic about what his team could learn from the experience of being in a championship game.

“We learned we have to be mentally tougher,” Smith said. “In the second quarter we get the game down to four points and then a couple turnovers, bad shots and that four point deficit becomes eight or ten.”

Susquehanna opened the tournament with a 45-34 win over Elk Lake Huyck scored 11 to lead the Lady Sabers and Maby added 10. Rose Warner scored 11 for Elk Lake.

Montrose got by Blue Ridge 36-24. Harper Andre had 16 for the winners, while Abby Hartman paced Blue Ridge with 11.