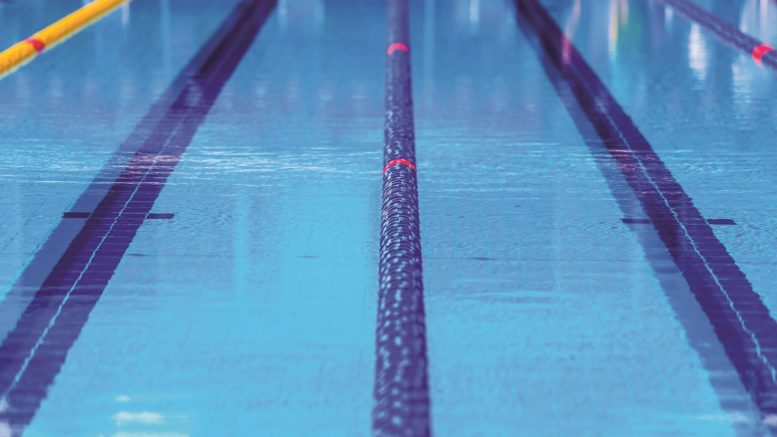 The Elk Lake Boys and Girls Swim teams captured wins in the pool Friday.
Led by Mario Mallo and Justin Grovesnor the Warriors downed West Scranton 94-29. Mallo captured individual wins in the 200 IM and 100 breast stroke, and Grovesnor won the 50 Free and 100 Fly.
Nathan Grovesnor captured the 200 Free for the Warriors, while Zach Grovesnor won the 100 freestyle. Kale Decker finished ahead of the pack in 500 Freestyle, and Chris Maysler won the 100 Backstroke.
The combination of Mallo, Justin and Nathan Grovesnor, and Decker won the 200 Medley relay. Werle replaced Decker in this group to win 200 Freestyle Relay. In the 400 Free Relay Nathan and Zach Grovesnor combined with Decker and Masylar to garner the win.
On the girls side, Lydia Ofalt and Samantha Hunsinger paced the Lady Warriors with two individual wins and members of two winning relay teams as the Lady Warriors downed West Scranton 89-67.
Ofalt captured wins in the 50 and 100 freestyle, while Hunsinger won the 200 IM and the 100 breaststroke.
The pair joined Elizabeth Lyden and Georgia Smith to win 200 Medley Relay, and won the 200 Free Relay with the combination of Ofalt, Hunsinger, Lyden, and Megan Bosscher.
Other individual winners for Elk Lake were Bosscher in 100 Fly, while Lyden captured the 500 Freestyle. The group of Bosscher, Lyden, Smith, and Bennici won the 400 Relay.