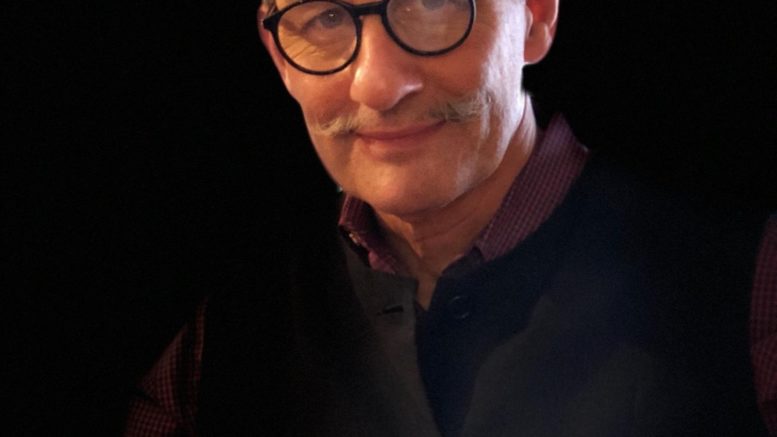 The Montrose Area Chamber of Commerce is pleased to announce the 2018 Citizen of the Year –Douglas Overfield.

Doug was raised in the “country” near Montrose. As he laughingly says, “I was born in the country and I knew I didn’t want to live there all of my life.” His father worked in Binghamton, his mom, Barbara, was a stay at home mom, raising Doug and his sister, Linda.

In his teens, he started working at the Montrose Inn on Church Street as a busboy. From there he went on to work at the Acme. This is where his interest in the Montrose community began to form. Having the opportunity to talk with many different people each day opened doors to understanding some of the needs of the town.

When Doug graduated from Montrose High School in 1975 he went on to Barber School in Wilkes Barre.

In 1977 Doug went into business with Jim Hill, and Bob Brown; they had a barber shop in the Commercial Hotel, (now the Inn at Montrose.) Their shop was in what is now the restaurant area of the Inn. “The waiting room was the bar,” Doug says with a smile.

In the 1970s every shop had to have a Barber Manager and Bob Brown had that license; he agreed to stay on until he was ready to retire. When Bob eventually retired, Doug took his place.

In 1979 Doug and Jim bought, the building they are in today. Around this same time Doug became a cosmetologist as well as having his barber’s license. He and Jim wanted to cut both men’s and women’s hair however, the state only recognized barber shops for men and beauty shops for women.

Upon investigation, Doug and Jim learned if the rooms were partitioned off they could serve both men and women in one building. So, if you have ever wondered why the shop is designed as it is, this is the answer. The laws have changed but the partitions remain.

In 1981, Ellen Frystak became a partner and J&D became JDE Hair Salon. In 2019 the shop will celebrate its 40th year.

Many men and women value Doug’s knowledge, advice, and pampering but in-between visits don’t miss Doug’s monthly blog, Style Trends, which is published in the Weekender.

As a business owner Doug feels it is important to be a member of the Chamber of Commerce and was responsible for the idea of a Gift Certificate Program that the Chamber implemented for a couple of years.

In 1984, Doug married his wife, Gail, in the Montrose Presbyterian Church where they remain members. Gail has three daughters Kathy, Amy and Johna. Doug currently serves as a Deacon of the Presbyterian Church. Doug and Gail now have five grandchildren.

He has been a longtime member of the Warren Lodge. During his time as a Mason he has served as the Master of the Lodge and held the position of secretary for many years.

At its inception, Doug was asked to be on the board of the Montrose Restoration Committee; he accepted because he felt this would be a great avenue to get more involved with the community. He currently holds the position of secretary and has for several years.

For those who are not aware, the MRC owns and maintains the theater. The maintaining part is the challenge. Over the years Doug has dedicated much of his time and energy to the theater.  He makes sure the projector equipment is functioning properly, deals with heat and air conditioning issues, or, if the furnace needs to be replaced he spends time looking for the right company to do the job and then oversees the project from start to finish. Doug is the one called when something needs to be attended to.

When asked what accomplishment he is most proud of, he does not hesitate to say, “the theater,” most especially, the new seating in the theater which he was instrumental in getting installed.

Doug tells a story that may explain part of his love for the theater, “I’ve always liked the theater. I was named after Douglas Bollinger, a good friend of my fathers. Douglas died in the theater while watching a show. So, I guess it’s natural that I would be interested in it.”

Humble is a word one could use to describe Doug, as he quietly goes about doing what he can for the community without wanting or looking for acknowledgement.

Most residents are not aware that Doug spends part of one day in December putting lights on one of the trees on the Village Green, making it festive for the Christmas season. This is just one of his small gifts to the community.

Another example of his humility, when he was told he had been chosen as Citizen of the Year, he was surprised and felt sure we might want to choose someone else.

Doug shared his vision for the future of Montrose, in it he sees a change in the economy and the demographics of Montrose for the better. He hopes to see local talents opening more businesses… imagine specialty shops, unique restaurants, a local coffee shop to sit and visit with regulars and visitors alike – using our history to draw tourists to our town treating them to a welcoming place.

The Montrose Area Chamber of Commerce will be hosting the annual Citizen of the Year Reception on Saturday, Oct. 20, 5-7:30 p.m., at the Rosemont Inn. Tickets are $20 which includes cocktails and hors d’oeuvres.