Gary Johnson handles a horse inside the arena he helped to construct that was later dedicated to him. 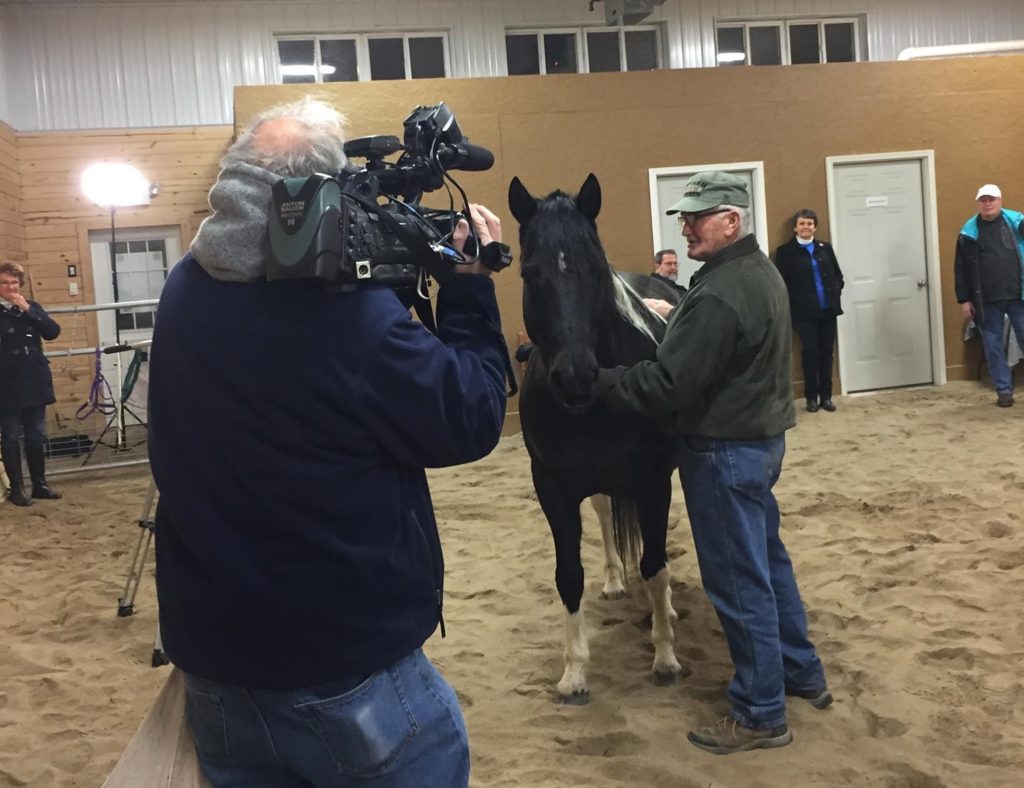 Gary Johnson handles a horse inside the arena he helped to construct that was later dedicated to him.

Attending a Marley’s Mission Blue Ribbon Gala inspired a Springville contractor to use his talents in the organization that provides equine-assisted psychotherapy to children.

And for his work, Gary Johnson will be awarded the first Rebecca Haggerty Reins of Healing award at this years gala. He will be among a dozen individuals, organizations and businesses honored at the ninth annual event, hosted by Marley’s Mission, on Saturday, Feb. 16.

Event proceeds will support the ongoing operations of the Mission, allowing services for children to be provided at no charge.

Marley’s Mission provides equine-assisted psychotherapy and healing for children who have suffered emotional trauma at a facility in Newton Township, near Clarks Summit.

The Mission got its start near Lake Ariel in 2010 and made the move to its current 63-acre campus in 2013. Marley’s Mission was named after a pet guinea pig owned by a nine-year-old victim of a brutal assault. The young girl had always wanted a horse, and when a horse was added to her therapy, an immediate recognizable change was observed.

Equine-based therapy has been proven effective in re-engaging children who have endured tragedy or abuse that leads to depression and anxiety, helping them to regain confidence, self-efficacy, communication skills and trust. Unlike other programs, children brought to Marley’s Mission do not ride the horses. The unique treatment is conducted at ground level, helping children to develop their own solutions and overcome their emotional barriers.

While the concept was simple enough, construction of a new facility in the course of a couple of months, however, almost overwhelmed Marley’s Mission founder and program director April Kemp.

If not for the dedication and persistence of many volunteers, it could never have been done, Kemp maintains.

One of those volunteers was Johnson. “Gary was here every day,” Kemp recalls of the spring and summer of 2013. “He made sure that he was here for contractors, and he introduced us to quite a few different people who donated their services.” 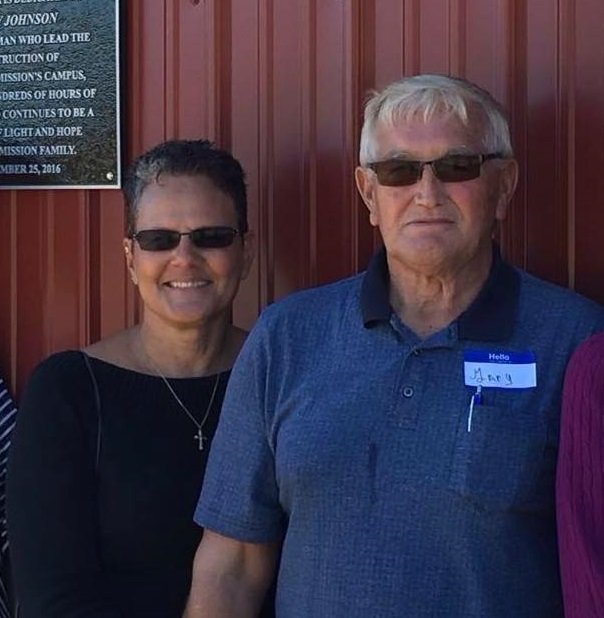 Gary Johnson and his wife, Shirley, next to the dedication plaque on the exterior of the arena.

Johnson has been in the construction business since 1972 and currently serves as the owner and manager of Unique Custom Building in Springville and Rainbow International of NEPA, which offers water, fire and smoke restoration services.

Johnson attended a Mission gala with his daughter and wife and was immediately impressed by dedication demonstrated by associates from the board members to the counselors.

“Everybody involved had a very passionate and serious commitment to that movement,” he recalled. “When you see that kind of commitment and hard work, it’s hard not to get involved.”

Johnson oversaw the construction of an indoor arena, a 17-stall horse barn, an ADA-compliant pavilion with restrooms, as well as office and storage space.

He humbly maintains that he is but one of many small spokes on a very big wheel. The real heroes, he insists, are the people who work with the children every day, helping them to sort out their lives.

Johnson and his crew do not have direct contact with the children. “We work hard not to be noticed,” he remarked. “To be able to help them in any way is very fulfilling.”

But to Kemp, Johnson’s talents and perspective has become invaluable. One day in 2013, just when she was thinking, “We’re never going to get this done,” Kemp recalls Johnson coming to her and saying, “The middle miles are the hardest, but they are worth it to get through.”

“He has become a fixture around here,” Kemp related, adding that Johnson’s years of experience translate to a unique vision and a welcoming personality. “He’s quick with a smile,” she stated. “He’s a very loving person, and it kind of radiates.” In September of 2016, the arena was dedicated to him.

The thousands of hours that Johnson dedicated to Marley’s Mission as the leader of its Building and Grounds Committee and as the volunteer construction manager for the new campus has been an inspiration to Kemp and others associated with the organization.

On Saturday, the Mission’s Board of Directors will honor Johnson with the first Rebecca Haggerty Reins of Healing Award at the annual Blue Ribbon Gala.

Haggerty passed away in April 2018 after a long struggle with brain cancer. “She was the light of Marley’s Mission,” Kemp said of Haggerty.

“Rebecca was the hub of that wheel,” said Johnson, who has difficulty expressing his feelings about the award. “It’s a little overwhelming for me. I’m very appreciative and grateful. Rebecca was a very special person. When I first got involved, whenever I had questions, people would say. ‘Call Rebecca.’”

“She was an amazing woman, and he’s an amazing man,” Kemp said of Haggerty and Johnson. “When we decided to give an award in her memory, Gary was the perfect choice. He embodies everything that she stood for.”

Johnson will attend the gala on Saturday with his wife, Shirley, and other family members, who are also involved with Marley’s Mission. He cites the true need for such a facility and the continued success of the program for his continued participation. “It’s constantly growing, so you know it’s working,” he stated.

Johnson invites others to learn more about the Mission and to consider lending their talents to the organization. Rebecca Haggerty, he maintains, was irreplaceable. “That’s why we need more and more spokes for the wheel.”

Be the first to comment on "Dedicated to a ‘mission’: Springville contractor to receive first Reins of Healing award from Marley’s Mission"