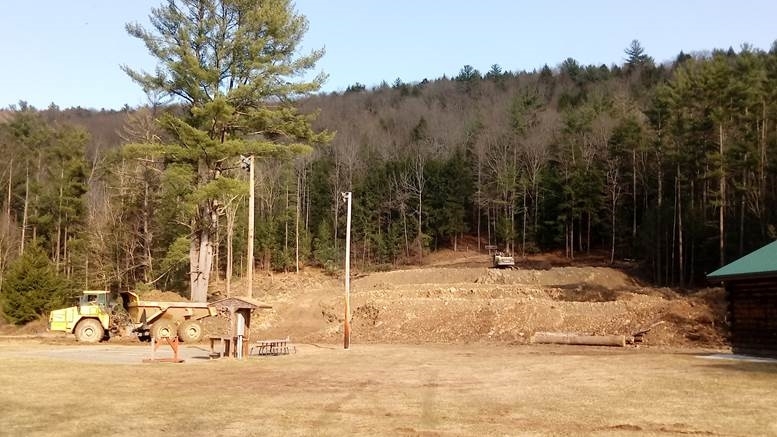 Four new pistol pits were dug out from the mountainside at the Great Bend Rod & Gun Club, in Hallstead, that material used to rebuild the creek banks. 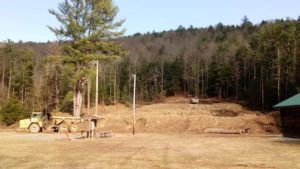 Four new pistol pits were dug out from the mountainside at the Great Bend Rod & Gun Club, in Hallstead, that material used to rebuild the creek banks.

Great Bend Rod & Gun Association is literally moving mountains, on their own, to recover from a devastating flash flood last year. In the process the northeastern Pennsylvania club is adding four pistol pits and a 600-yard range to their arsenal of assets for their members.

A flash flood caused the normally tranquil Dubois Creek to overflow its banks – it even rerouted the creek bed itself. The force of the flood water was so strong it swept a large steel bridge off its footings and twisted it like a pretzel.

Twisted remains of the old bridge at the Great Bend Rod & Gun Club after a flash flood last year swept it off its footings.

Club members, including its Board of Directors, immediately jumped into action, in some cases with some of their own excavation equipment. They have worked steadily through winter to not only recover from the flood but have used the disaster make improvements.

The Pennsylvania Department of Environmental Protection (DEP) gave the club a temporary permit to rebuild. Trees and earth were moved off the side of the mountain by the clubhouse and hauled to rebuild the creek banks. The Chesapeake Bay Foundation is donating hundreds of trees and shrubs to re-establish vegetation along the creek banks.

The Hallstead – Great Bend Rod & Gun association is a 501 C3 and much of what is being done has been made possible by generous donations.

Four, 50-yard pistol pits with high berms were created into the mountain side. In addition, there is also new bridge over the creek that is open to vehicles and foot traffic. All the bridge work, concrete and steel, is being done by club members as well, in an excellent example of NEPA can-do resilience and self-reliance. 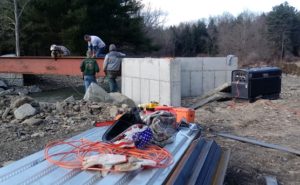 A new bridge now spans Dubois Creek and is open to both vehicles and foot traffic. All of the bridge work is being done by club members.

A season of new shooting events begins. this month.  All events are open to the public, men, women and youth. On the third Sunday of each month, including this Easter morning and Father’s Day through October their will be Rimfire Challenges (Adult shooters $10/ Jr shooters $5).

Every Wednesday night from 5 p.m. into the evening under the lights there is Trap Shooting, including sanctioned Amateur Trap Association (ATA) shooting, $4/25 Birds (Singles/Handicap/Doubles).

Beginning on Saturday, May 4 and running each month through October Action Handgun events will be held.

The club is always looking for new members. For more details, visit the association’s website, www.hgbrga.com.