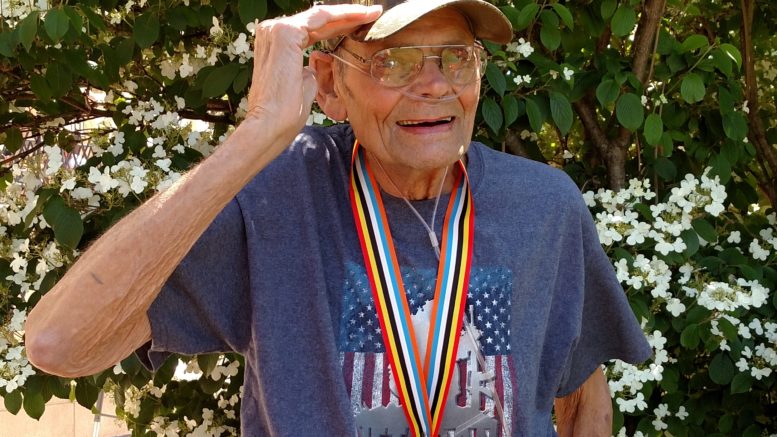 Kenneth Post was presented with an Ambassador of Peace Medal during a ceremony held May 24 in Williamsport. 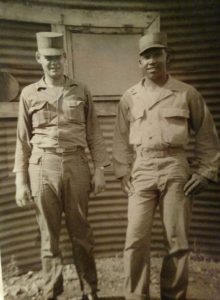 Kenneth Post with his trail guarding partner in Korea

Kenneth Post, of Great Bend Twp., was one of approximately 70 veterans who received the Ambassador for Peace Medal during a ceremony on May 24 at Pennsylvania College of Technology in Williamsport. He was accompanied to the ceremony by his son, John; daughter-in-law, Gail; and Jennifer Schmidt, a family friend.

The Ambassador for Peace Medal is a commemorative medal that expresses appreciation from the South Korean government to American service men and women who served in the Korean War.  Veterans eligible to receive the Ambassador of Peace Medal must have served during the Korean War from June 25, 1950 to July 27, 1953.

It is also available for the veterans who participated in UN peacekeeping operations until the end of 1955. US Senator Pat Toomey’s office facilitated the opportunity for Korean War veterans and their families to receive this well-deserved recognition.

Post enlisted in the army at the age of 20 and served in South Korea during the peacekeeping operations from May 1954 to June 1955 in the 772nd Military Police Battalion.  He was initially assigned to railway security during the clean up after the Korean War.

His secondary assignment, while in South Korea, was driving water trucks 5 or 6 miles from the purification plant to the Company area.  His trip in May 1954 aboard a