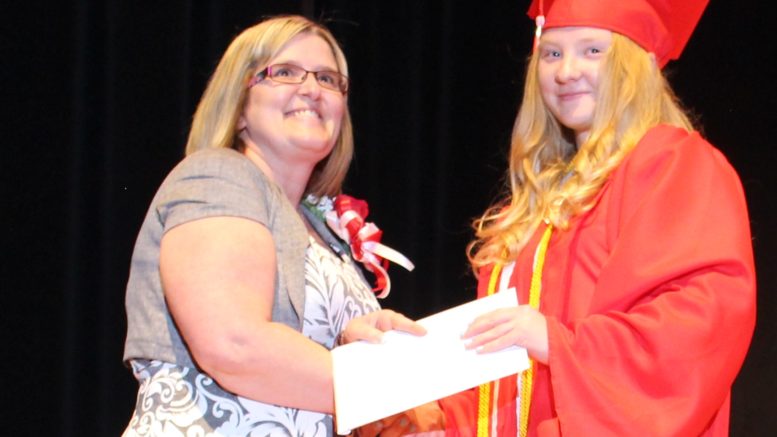 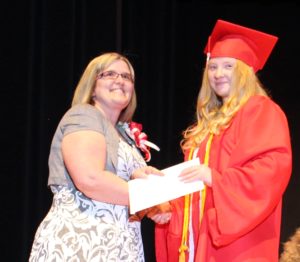 Valedictorian Daniel Tierney noted that Blue Ridge is “a small school” where the graduates had known the names of their classmates for over a decade. That has helped, he said, “so that I shake a little bit less each time I speak in front of you.”

Tierney said that even as the graduates are preparing for their first real steps into the world, none know their destination. “There is no perfect road in life,” he said, “especially in Pennsylvania” where he added potholes can swallow cars.

Tierney said he joined the school’s cross country team six years ago. “I never wanted to quit,” he said, “but it was never pleasant.” Over the years, his outlook on running changed, and although no longer a competitor, he said he still runs to “clear my mind and adjust my focus.”

He advised his classmates to “adapt and embrace changes that can’t be prevented” and to expect their plans to change along the way.

Salutatorian Luis Tobon said he had known most members of the Class of 2019 for years and, “I like being around them.”

He spoke of meeting Tierney on the first day of kindergarten. “It wasn’t a rivalry – far from it,” Tobon said, adding his friend had helped him to be better. “There’s no one I would rather come in second place to.”

As language arts teachers, Davenport said, “Words are important to us.”

She told the graduates that words hold power to “help, heal, hinder, hurt, harm and humble.”

“The words we use become the way people define us and leave lasting impressions – good and bad.”

Jesse told the graduates, “Care about your words and be careful how you use them.”

Board President Christopher Lewis and Principal Casey Webster also provided some parting words of advice to the Class of 2019.