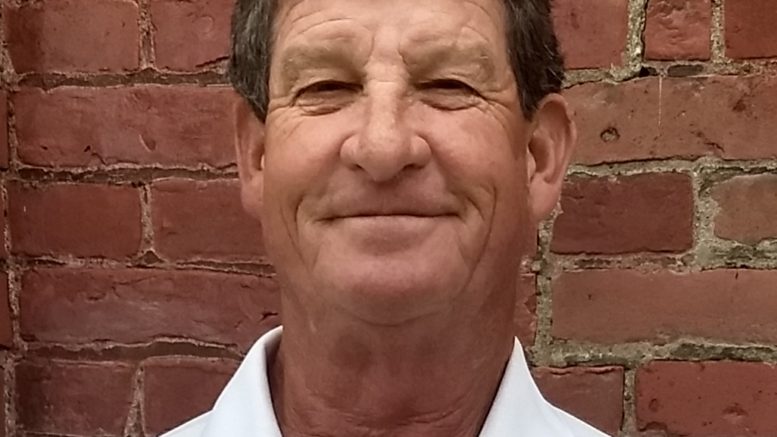 Jeff Tyler has been a “do-er” right from the beginning. “I’ve always been active,” he said.

As a partner in the second generation business, Hawk Insurance, Tyler joined the Chamber of Commerce when the company purchased Evan’s Insurance in Montrose in 1998.

Hawk Insurance was started by Tyler’s mother, and grown with offices also located in Tunkhannock and Nicholson.

Although he is an Elk Lake graduate, and has lived in the Montrose Area School District since the mid 1970s, Tyler realized he was a new face in the local business community.

“I got on board with the Chamber right in the beginning,” Tyler said.  “I did it to give something back to the community that supported me.”

Tyler has been selected as the Montrose Area Chamber of Commerce 2019 Citizen of the Year.

Chamber president Tammy Bonnice said, “The amount of work he has done in our little town is amazing.”

In the early 2000s, Tyler believed the “one thing missing” from the annual July 4th celebration in Montrose was a fireworks display. “Fireworks are something people look forward to,” he said.

The Montrose Area Chamber took over the annual golf tournament that had been hosted by the former county-run Chamber, and turned it into a fireworks fundraiser. Tyler coordinates the annual tournament, and has now brought new golf tournament committee members that he plans to hand the reins to in the coming years.

“The first year, we were about $800 short from covering the cost (of the fireworks),” Tyler said. So the group held a raffle and made up the difference. “We’ve never taken any money out of the Chamber’s general fund for the fireworks,” he said.

Bonnice credits Tyler with growing the annual 4th of July fireworks to the top-notch display it is now.

But Tyler passes that credit to the golf tournament participants and sponsors, along with the businesses that contribute to the fireworks fund.

“People turn out ‘en masse’ on fireworks night,” Tyler said. “And if they spend money that night in town at local businesses – that’s a win-win.”

Tyler was on vacation when he received word that he had been chosen to receive the Citizen of the Year award. “I was startled,” he said. “It’s cool. It’s an honor. My mother is proud as a peacock.”

In addition to his work with the Chamber, Tyler also spent a number of years as a coach with Little League, youth basketball and school basketball teams.

He said it’s not unusual for him to be out and hear the call, “Coach!” in his direction. “I turn around and it could be a 35-year-old man calling me ‘Coach,” he smiled.

When he can, he also volunteers with the Montrose Mobile Pantry’s monthly food distribution.

“I have a soft spot for single parents who are trying and it’s not enough,” he said. In his volunteer time with the Montrose Mobile Pantry he said, “I saw a lot more than I thought I would. It’s a real eye-opener.”

Tyler grew up on a farm, a few miles west of Springville, and remembers the time in the area when “farms touched. That’s what we were.”

The Montrose Area Chamber of Commerce 2019 Citizen of the Year banquet will be held on Saturday, July 20, 5-7 p.m., at the Montrose VFW, Rt. 706, east of Montrose. Tickets are $15 and include light fare. A cash bar will be available.

For tickets, RSVP by July 12 to Vickie Calby by email to: vcalby@corninggas.com; money is payable at the door.

Summer cruises in with 3rd Friday