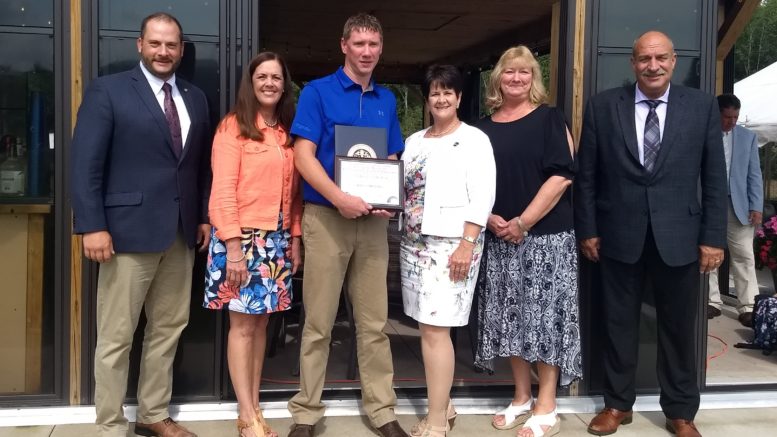 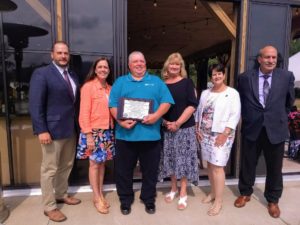 Jim Barbour (third from left) received the 2019 Citizen of the Year award presented by the Susquehanna County Commisioners.

Ventello noted that residents here enjoy a “quality of life unmatched in many ways.” He also said the area has many attributes often taken for granted, such as natural resources, rail, an interstate, water and good schools.

He said the Progress Authority, which serves as the daily economic development administrators for the county, remains focused on infrastructure, site development, and Main Street improvements.

“The I-81 corridor is ripe for development,” Ventello said, pointing out that finding sites that can be developed is difficult given the county’s landscape and available infrastructure.

He offered his thanks to the local legislators who remain “very engaged” and also to the commissioners for fighting to obtain the county’s “fair share” in state funding.

Ventello offered up the “rural dilemma” – the great reasons to live in this area also comes with “too many miles of road and not enough people” – the way much of state funding is determined.

“Rural economic development is not always cost effective,” he explained.

In the past few years, two issues have risen to the top of economic development concerns: broadband access and workforce development.

The Progress Authority has rebid an engineering study to bring broadband internet coverage to Susquehanna County. Bids are slated to be opened in September.

The initiative will provide for a public-private partnership, with the county building out the “middle mile” of connectivity. 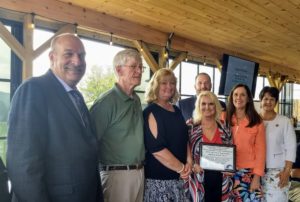 Technology Center (SCCTC) served as the guest speaker for the annual meeting.

She noted that all of the vocational school’s offerings are considered to be a high priority by the state. She also said the school is always looking to add programs to serve the needs of business and industry. Two new programs will be introduced at SCCTC this fall, Davis said.

She also spoke about the Business Development Incubator which is open to the public. In the past year, Davis said 50 entrepreneurs had used the facility.

“We are preparing our students for future jobs,” Davis said, “not jobs of the past. We need to increase the dignity of technical jobs.”

The county commissioners presented two awards during the event.