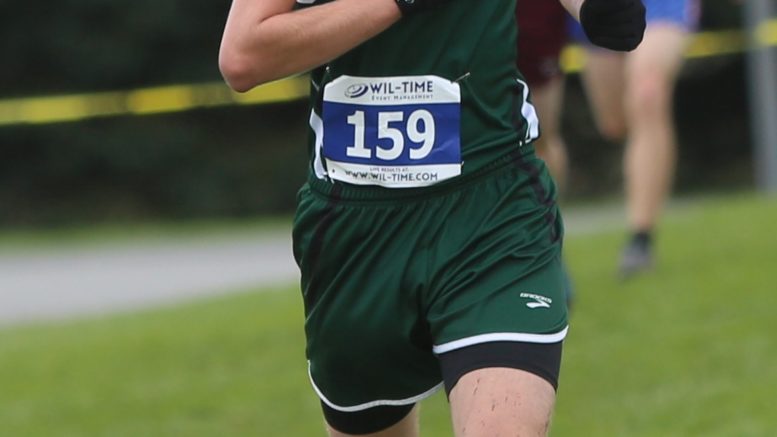 Gone is a large part of Montrose’s core, but don’t expect the Meteors to fade

to the back of the pack in the Lackawanna League Boys Cross Country competition.

After the Meteors finished fifth in the state Class A meet led by Liam Mead’s fourth-place individual finish, graduation hit Montrose hard. They will be led by senior Nicholas Coy.

Elk Lake returns state-qualifier Noah Staff along with Justice Johnson and Jeremy Quinnan who finished in the top 15 at the District II meet.

Elk Lake Coach Will Squier is optimistic about his squad with three top 15 District runners returning along with the runners that are moving up from the Junior High program that captured the Lackawanna League Championship a year ago.

The Warriors will be led by Staff who finished eighth at the District II championships.  He will be joined by Senior Noah Atkins, Juniors Issaic Brewer, Jeremy Quinnan, and Thaddeus Woodhead, Sophomores Matt Balli, Justice Johnson, Matt Miller, and Todd Snyder and Freshman Dylan Way.

“Justice just missed qualifying for the state meet as a freshman,” added Squier. “And Jeremy was just behind him, so that is exciting for us.”

Balli, Miller, and Way all enjoyed solid seasons at the Junior High level and Squier felt that benefitted them coming into this season.

“It can be a challenge for a freshman to compete at the varsity level,” stated Squier. “We wanted to keep those guys together as a group and have that winning experience.”

Squier noted that Brewer has also been running solidly after getting a slow start in the preseason practice.

The Meteors may have graduated Mead, Max Brewer, Colin Spellman, and Damian Riley but the Meteors return with a mix of experience and potential to again be in the mix at the league and district level.

Coy was integral in the Meteors’ march to the fifth-place state finish while Giannone gained experience at the state meet. Stashko was one of the top Junior High runners a year ago and finished fifth at the District Junior High meet followed by Bixby in seventh as the duo lead the Meteors to a third-place finish.

Raiders Coach Matt Nebzydoski has been impressed with the commitment and improvement of senior Jack Condon heading into the season.

“He came into the season in great shape,” said Nebzydoski. “I expect great things from him.”

Nebzydoski said that he sees Condon and the others doing a great job of mentoring the program’s younger runners as Blue Ridge has seen its largest Junior High group in recent years.

Information on Susquehanna was unavailable at press time.