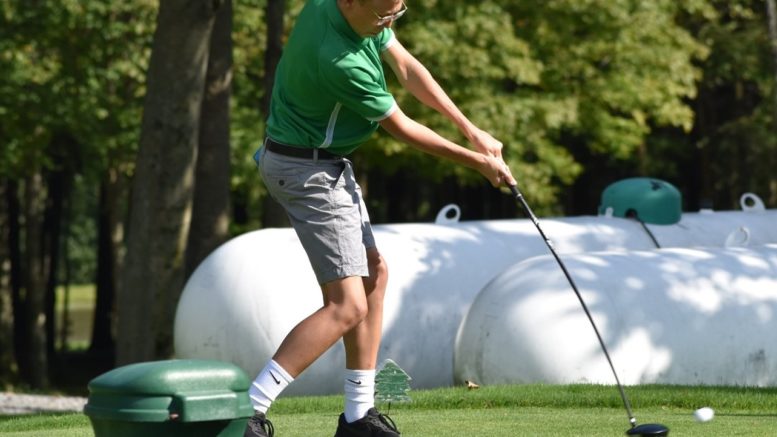 Montrose fell to Riverside 7-2 in their only match of the week as the Vikings earned three points in the first group.

With a record of 4-3 Montrose is in the middle of the pack of Division II and maintains the best record of the local teams.

Andrew Scott split with Gianna Arnese to earn the other half point for Blue Ridge.

Blue Ridge got back on the winning track and kept Mountain View winless with a 9-0 shutout.

Hillard again led the way with a 5-4 win over Spencer Sabine and combined again with Barbour to take the Better Ball 5-4 over Sabine and Charlie Mordent. Barbour defeated Mordent 4-3 in their individual matchup.

Kyle Spoor and Joe Curtis defeated Alex Empet and Jack Kowlewski 4-3 respectively and took the Better Ball with the same score to complete the sweep.

Montrose and Blue Ridge’s match scheduled for Friday was postponed to September 20.

Mowry defeated Alex Hineline 5-4 and teamed with Nate Warriner to earn win the Better Ball 4-3 over Hineline and Jacob McCormick.

The Warriors also fell to Riverside 6-3 and were swept by Lackawanna Trail 9-0.

Mountain View got wins from Johnson and Kowlewski and a split from Sabine in the 6½ – 2½ loss to Western Wayne.

Be the first to comment on "Corson, Warriner collect points for MA golf"