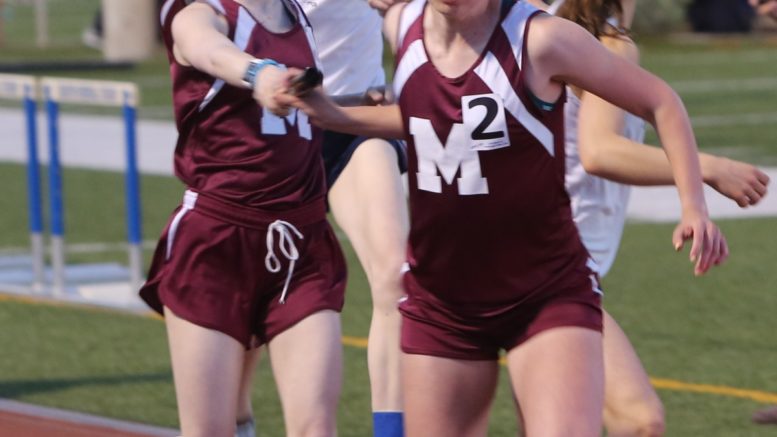 Perkins and Jones were followed by Montrose’s Paige Brewer who took third in a time of 21:32, Elk Lake’s Sadie Bosscher who finished in 21:55 for fourth, and another pair of Montrose runners as Stephanie Summerville took fifth in a time of 23:28 and Elizabeth Chidester came in sixth with a time of 24:06.

At McDade Park in Scranton Susquehanna earned earned a pair of wins despite not placing anyone individually in the top 15.

In the individual races Mountain View’s Kathryn Long and Genevieve Larkin finished third and fourth respectively. Long crossed the finish with a time of 23:45 and Larkin came in at 24: 43. The Lady Eagles were edged by Old Forge 29-30.

At Valley View Forest City’s Rachel Korty finished first with a time of 20:12 as the Lady Foresters fell to Valley View 20-43 and Abington Heights 20-42.

Be the first to comment on "Locals dominate girls’ XC meets"