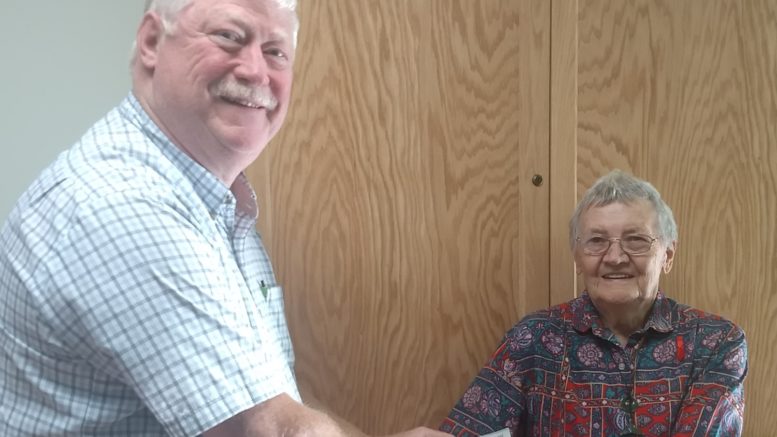 New Milford Borough is considering extending its commercial zoning to encompass a property that has been used for commercial purposes for the past 36 years.

The new owner of the old New Milford school building, located at the corner of Church and Jackson streets, told council at the Thursday, Sept. 5 meeting the borough’s codes enforcement officer suggested he request the change.

Councilman Rick Ainey said the property is currently a non-conforming use of the borough’s zoning plan, and that designation can be continued.

Property owner Nathan Place said he does not plan to add on to the structure, but intends to move forward with updates to give it a more polished appearance and attract prospective renters to a more professional looking space.

“You have some very good goals,” commented Council President Teri Gulick. “That building could use some TLC.”

Council looked over the zoning map and noted the property is adjacent to the current commercial district. They then voted to move forward with the required process to proceed with a zoning map change. The process includes notifying neighbors, advertising the proposed ordinance change and scheduling a hearing.

In response to a concern raised to council about a tree on the property, Place said he is looking for a tree service to address the problem.

Damage caused by one of the contractors was addressed, reported a member of council. Councilwoman Kerin Welch also noted that trucks have been lined up on the street in the early morning blocking residents from leaving and/or entering their driveways.

With information that state TIP funds would be diverted from local projects to the interstates, council is looking for answers about the Church Street bridge.

The closure of the bridge due to safety concerns has diverted all through-traffic onto Main Street (Route 11).

The borough council has planned a Community Day for Wednesday, Sept. 18, from 5-7 p.m. in Midtown Park, as a way to thank residents for their patience during the water outage earlier this summer. Hot dogs, chips, cookies and beverages will be served at no cost to residents.

Council also discussed information that came out of a meeting with the fire company and municipal authority. It was reported that a low water alarm has been ordered and will be installed in the town’s water tank. If and when the alarm is triggered, the fire company would be notified.

Council also discussed information they received that the break was likely caused by a “water hammer” – a pressure surge or wave caused water is forced to a sudden stop. According to council, two professionals from separate entities both attributed the break to a “water hammer.”

Borough Council also voted to eliminate one of the regular monthly meetings. Moving forward, New Milford Borough Council will meet on the third Thursday of each month, at 6:30 p.m., at the borough offices on Main Street. The new meeting schedule takes effect with the Oct. 17, meeting.