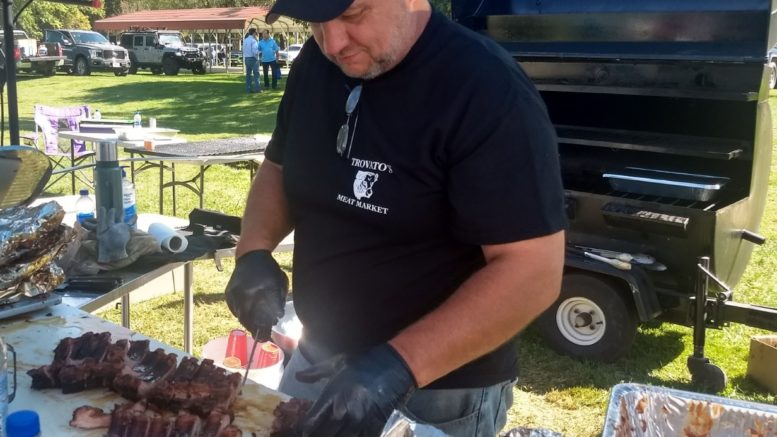 The PTW team preps a slab of ribs to serve up at the Williams barbecue. STAFF PHOTO/STACI WILSON

The Williams 8th Annual BBQ Cook-off was “bigger and better than ever,” said Tammy Bonnice of Williams. 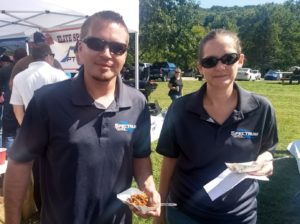 Barbecue teams from all over the United State rolled out their smokers and grills, and prepped their sauces and rubs on Friday, Sept. 20 at Lazybrook Park in Tunkhannock.

Friday’s event surpassed the fundraising goal of $95,000 – with the amount raised totaling over $100,000. “The great part of this is that Williams will match all eligible funds up to $100,000.  But we couldn’t do it without the generosity of our friends in the oil and gas industry,” Bonnice said. “I can’t tell people enough how proud I am to work for a company that cares not only for its employees but also the community and its people where we work and live.”

Teams competed in three categories: brisket, ribs and pulled pork. They arrived Thursday and started cooking that night in order to give the meat enough time on the smoker – typically 12-15 hours, according to the pitmasters serving up the results of their labor Friday afternoon.

And while there is some serious competition happening, Bonnice said that it’s everyone working together that makes this the best barbecue event in the northeast.

Be the first to comment on "Williams BBQ: ‘Bigger and better’"