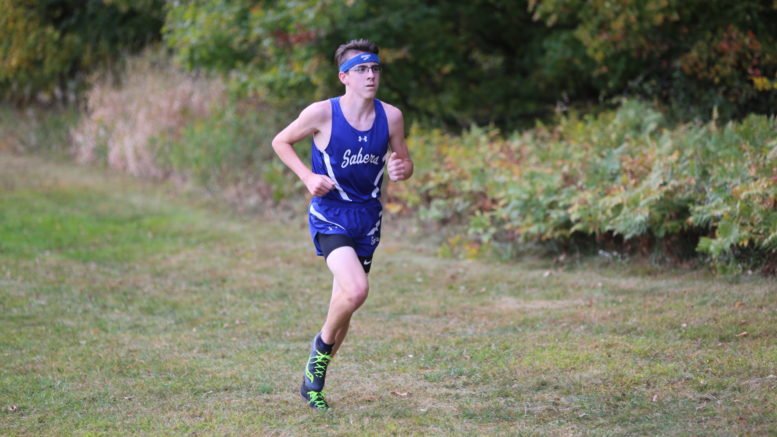 Elk Lake’s Krista Jones claimed another race, Susquehanna’s Austin Gow set a school record and the Montrose Lady Meteors racked up a pair of wins to highlight Cross Country action on the first day of October.

Jones enjoyed the friendly confines in Dimock to win the girls race at Elk Lake, but Montrose picked up two wins behind the one-two punch of Hannah Perkins and Paige Brewer.

Jones captured the race in 20:23 and was followed by Perkins who crossed at 21:26 and Brewer who finished 10 seconds behind her teammate for third.

In Susquehanna both the Lady Sabers and Mountain View dropped three matches but Mountain View’s Kathryn Long came in fifth at 22:14 to highlight the evening.

Teammate Genevieve Larkin finished ninth with a time of 23 minutes even.

Forest City’s Rachel Korty kept her impressive season going with a second-place finish at Honesdale. Korty ran the race in 20:45 as the Lady Foresters picked up a pair of team wins.

Elk Lake’s Justice Johnson continued to improve his times claiming fourth place in a time of 18:30. He was followed by teammate Jeremy Quinnan who finished sixth with a time of 18:56.

Blue Ridge’s Jack Condron paced the Raiders with a time of 19:34 to claim 11th-place.

In Susquehanna Austin Gow set a school record on the home course with a time of 18:31 to finish second.

Gow was the only local to finish in the top 15 as the Sabers and Mountain View each suffered a loss to Abington Heights, North Pocono, and Valley View.

Forest City’s Matthew Korty finished eighth at Honesdale with a time of 20:05 as the Foresters dropped a pair.

Be the first to comment on "Jones, Gow, Lady Meteors set the pace"