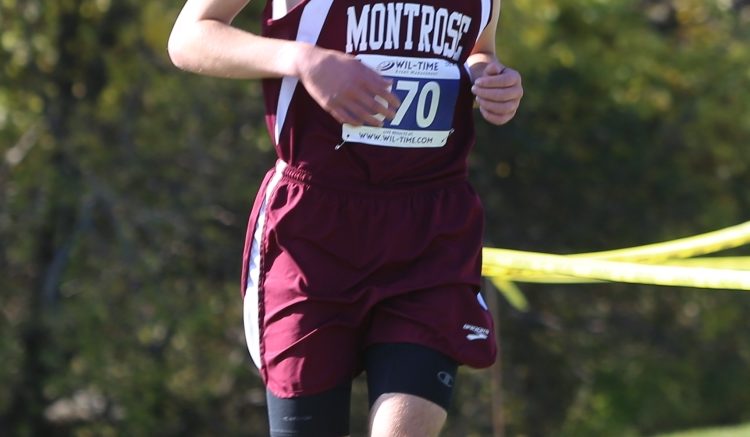 Nick Coy ran his race. While the Holy Cross duo of Andrew Healey and Kevin Jumper got off to a blistering pace, the Montrose Senior stuck to his plan and nearly led his team to a District title doing so. 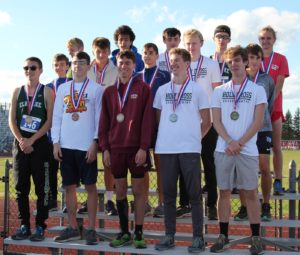 Coy finished third just ahead of Susquehanna’s Austin Gow and Elk Lake’s Justice Johnson who placed fifth as the trio qualified for the State Championships to be held in Hershey on November 2 and were among the eight local runners to earn medals at the District II Class A Boys’ Championships held at Lakeland High School.

“I thought my start was really good, I don’t normally have that great of a start,” said Coy. “Our goal was to have our whole team go to states together, and I knew I needed to get every point we could get.”

“Nick ran his way,” said Montrose Coach Dean Brewer. “I told him not to get caught up with the guys from Holy Cross.”

Halfway through the race Gow led Coy as the two battled for third place.

“Those guys were just out ahead so quickly, and I knew I just had to settle and battle the good competition around me,” said Gow.

Johnson who has steadily bettered his times the second half of the season attributed his qualifying finish to the preparation before the race.

“The warmups really helped today, we stretched and were well hydrated,” said Johnson. “All season we’ve trained for the hills and to be able to push up that final hill and take some places was really important.” 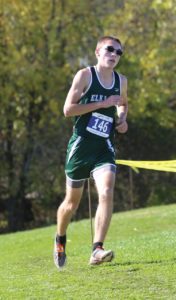 Elk Lake’s Justice Johnson advances during the District II Class A Cross Country Championships. Johnson finished fifth and will represent the Warriors at the PIAA Championships.

“We ran well, and actually had seven runners in before Holy Cross had five, but just couldn’t overcome them having the top two,” said Brewer.

Aside from their medal winners Montrose’s Cody Leonard finished one second from gaining a medal at 16th, while James Bixby (20th), Jonathan Lyden (22nd) and Nick Harder (23rd) made the team competition a close finish.

Be the first to comment on "Coy, Gow, Johnson headed to Hershey"