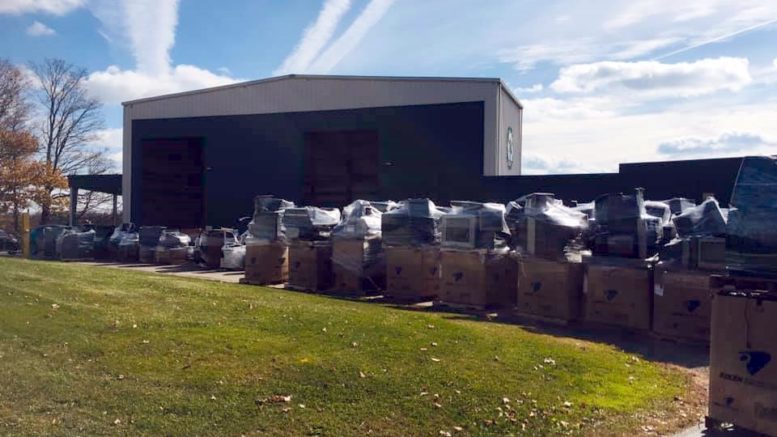 At times the line of vehicles stretched down Ellsworth Drive from the Susquehanna County Recycling Center and spilled over onto Route 29 in the county’s first ever electronics recycling event on Friday and Saturday, Oct. 25-26.

A total of 884 vehicles brought loads of electronics – from computers, printers and televisions to microwaves and refrigerators.

Enough stuff, according to Commissioner Alan Hall, to fill six tractor trailers, as well as an additional couple trailers of appliances.

Commissioner MaryAnn Warren said the recycling event has been “years in the making” due to the interpretation of the law.

“The response from the public was overwhelming,” Warren said. “We took in approximately 3 times the amount that we anticipated.”

Warren also said another electronics recycling event could be held in the future.  “If there is a need, we want to accommodate it,” she added.