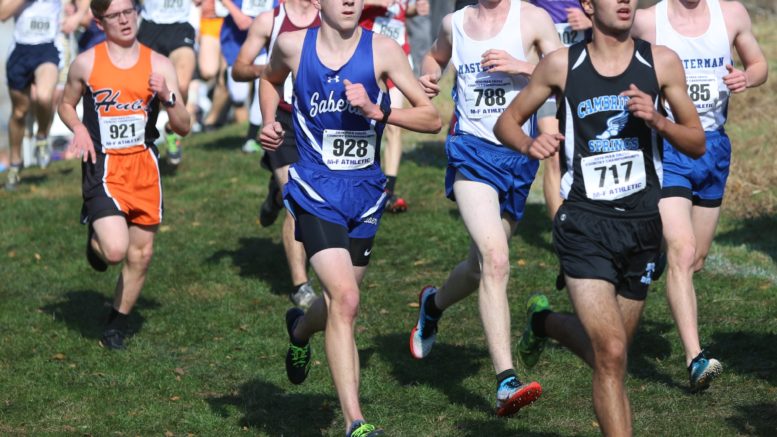 Local boys’ runners finished in the top third but were denied

Susquehanna’s Austin Gow finished 50th out of 215 participants to rank the highest of area local runners.

The Junior was running 92nd after the first mile and climbed 23 places by mile two and crossed the finish line with a time of 17:45

Johnson made a big surge between the first two miles climbing from 118 to 84 before passing 22 other runners for his final placement.

Coy was steady throughout his final scholastic race standing in 64th place after each of the first two miles before fading back to 73rd.  The finish was nine places higher than Coy’s rank in last year’s championship and he shaved 36 seconds off his time. 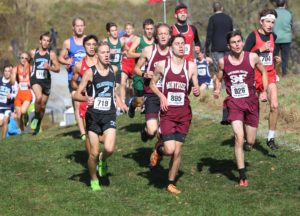 Nick Coy of Montrose forges over the hill during the Boys’ Class A PIAA Cross Country Championships. Coy capped his final high school race with a 73rd place finish and shaved 36 seconds off his time in last year’s event. Photo by Ed King

Be the first to comment on "Boys formidable at states"