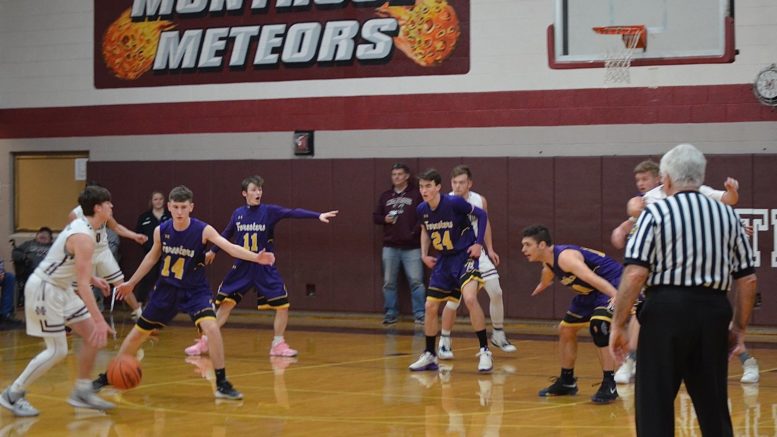 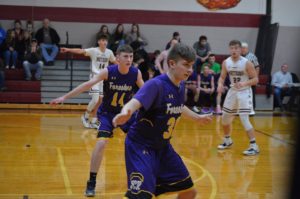 Corey Daniels and Jay Lipko combined for 17 points and Gabe Zukosky added six as the Foresters jumped out to a 27-12 lead.

Forest City cooled off in the second quarter and Montrose outscored the Foresters 10-8 to trail 35-22 at the half.

Daniels and Zukosky each scored five points in the third quarter as the Foresters put the game out of reach with a 18-10 advantage to take a 53-32 lead into the fourth.

Zukosky led Forest City with 15 and Daniels had 13 points while Lipko and Cade Hartman each finshed with 11, and Justin D’Antonio chipped in with 10.

Holy Cross used a big second quarter to propel its way past Susquehanna 51-39 in a Division III-IV crossover game.

Susquehanna battled the Division III leading Crusaders in the first quarter as Garrett Decker and Jakub Tomcyzk combined for 10 points and the Sabers stayed within a couple possession of Holy Cross 20-14 after the first quarter.

Holy Cross kept up the pressure and pushed the pace in the second outscoring the Sabers 20-6 to double up Susquehanna at the half 40-20.

A slower paced third quarter saw Holy Cross extend the lead to 47-24 and Susquehanna outscored the Crusaders 15-4 in the fourth quarter behind six points from Charlie Towner.

Decker led Susquehanna with 12 points and Towner finished with nine. Tomczyk added eight and Gavin Baker chipped in with seven.

Susquehanna fell to Lackawanna Trail 58-43 when the Lions broke open the game after halftime.

Gavin Baker had eight points in the opening quarter to offset eight by Trail leading scorer Richard Helbing as the teams finished tied at 13 to end the quarter.

In the second Trail moved ahead outscoring the Sabers 18-12 behind nine points from Helbing. Baker added four more points to lead Susquehanna and Decker scored four to keep the Sabers in pace and trailing 31-25 at half.

In the third quarter Josh Rzcidulo had four points and the Lions limited Susquehanna to one field goal. Baker had five of the Saber six and trailed 44-31.

Baker and Decker combined for 12 points, but Trail converted 11 of 12 free throws to seal the victory.

Baker finished the evening with 22 points and Decker added 13.

In an exhibition game Thursday, Maine Endwell jumped out to an early 24-7 lead and raced past Blue Ridge 71-35 in a battle of teams on each side of the New York Pennsylvania border.

The Spartans added 18 more before the half to take a commanding 42-18 halftime lead.

Be the first to comment on "Foresters win on road, Susky drops pair"