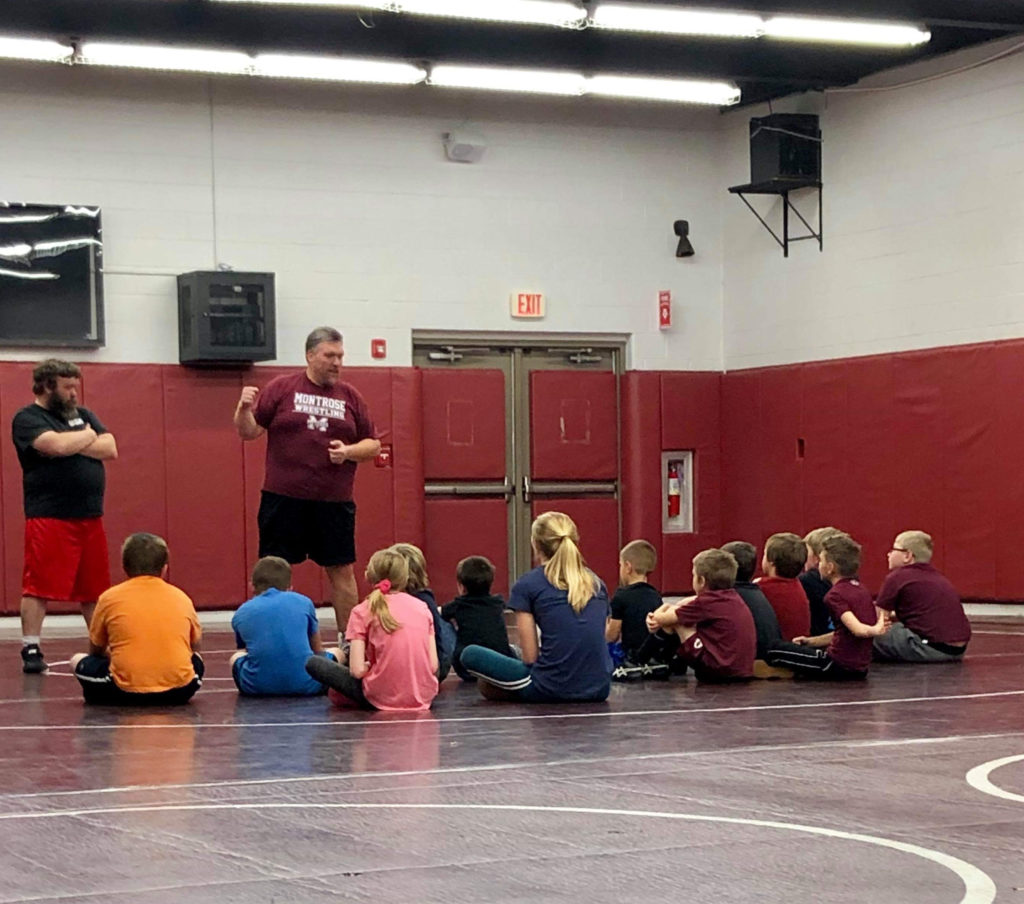 Not unlike the current situation sometimes adversity breeds benefits.

Nearly 14 years ago Wade Robinson found himself facing adversity. A truck accident on slippery winter road left him lying in a hospital bed with a broken C1 vertebrae. His wrestling background left him with a chance to walk again.

“I should be paralyzed,” said Robinson. “But my wrestler’s neck helped prevent more serious injury.”

The experience left Robinson wanting to give back to the sport that ended up preventing him from suffering a life-changing injury. He  noticed that there was not a youth wrestling program at the Choconut Valley Elementary and that the numbers were dwindling at the varsity level program at Montrose Area High School.

So, Robinson went on a mission to reinstitute a youth program at Choconut Valley where supplies were limited but desire was strong.

“When we started, we had to use gymnastic mats because the wrestling mats that had been used before were in such rough shape,” recalled Robinson.

He also made it a family affair.

“When we started my wife had to be my demonstration partner,” chuckled Robinson.

What started out with a handful of participants and a couple volunteers has grown to where the program now utilizes the facilities at Montrose Area High School with yearly participation ranging from 15-25 youth wrestlers.

While Robinson may have started the drive to reinvigorate the program, he notes that he has not done it alone. “We have had a ton of volunteers over the 11 years,” said Robinson. “Guys like Sean Aukema, Todd Geertgens, and Matt Hawley helped shape the program to what it is today.”

Shortly after getting the youth program moving forward Robinson saw the need to help at the upper level. 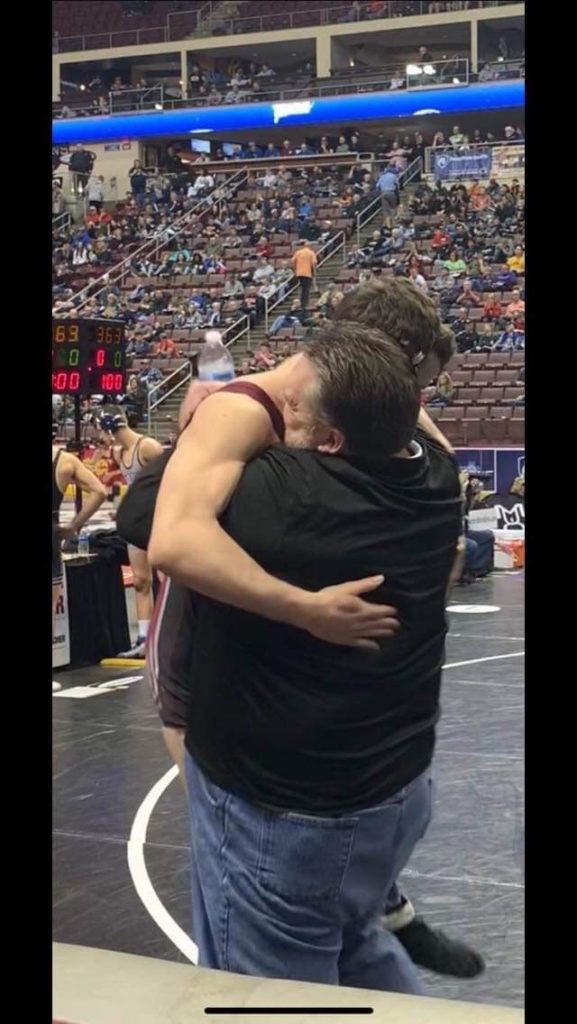 “The previous coach was stepping down and they had like five kids really involved in the program,” said Robinson of the school’s varsity program.

“So, I talked to Matt (Hawley), because his technical level is light years ahead of me, and said, ‘We have to do this,’” explained Robinson.

The culmination of the effort was seen two years ago when then-seniors Cole Aukema, Makeela and Mikyle Fabrizio, and junior Joe Hester led Montrose to the Lackawanna League Division title, a fourth-place finish at the Lackawanna League Tournament, and second place at the Northeast Bradford Duals.

The “Four Horsemen” – as Robinson nicknamed the group – were the first wrestlers to come through the youth program and finish their high school careers at Montrose. “They were the backbone of what we did and helped put the program in the direction it’s in now,” said Robinson.

The following year Hester became Montrose’s all-time record holder for wins and finished his career with a medal at the PIAA State Championships with an eighth place finish.

Robinson is excited about the future of wrestling, not only at Montrose but in the area. “Blue Ridge, Mountain View and Elk Lake have done an amazing job growing their youth wrestling programs,” said Robinson.

While Montrose does not compete in a league with those programs, they do set up matches either separately or as part of the Junior High and Varsity matches.

“It’s a fantastic atmosphere for the kids and the parents,” said Robinson.

The coach plans to keep working, building, and promoting the benefits of wrestling in the area. He knows personally the benefits.

Adversity as inspiration is not a novel idea, but a time-tested and proven one.