The Harford Agricultural Society Board of Directors announced last week the cancellation of the 2020 Harford Fair in response to the COVID-19 pandemic. SC INDEPENDENT/FILE PHOTO

The Harford Agricultural Society Board of Directors announced last week the cancellation of the 2020 Harford Fair in response to the COVID-19 pandemic. SC INDEPENDENT/FILE PHOTO 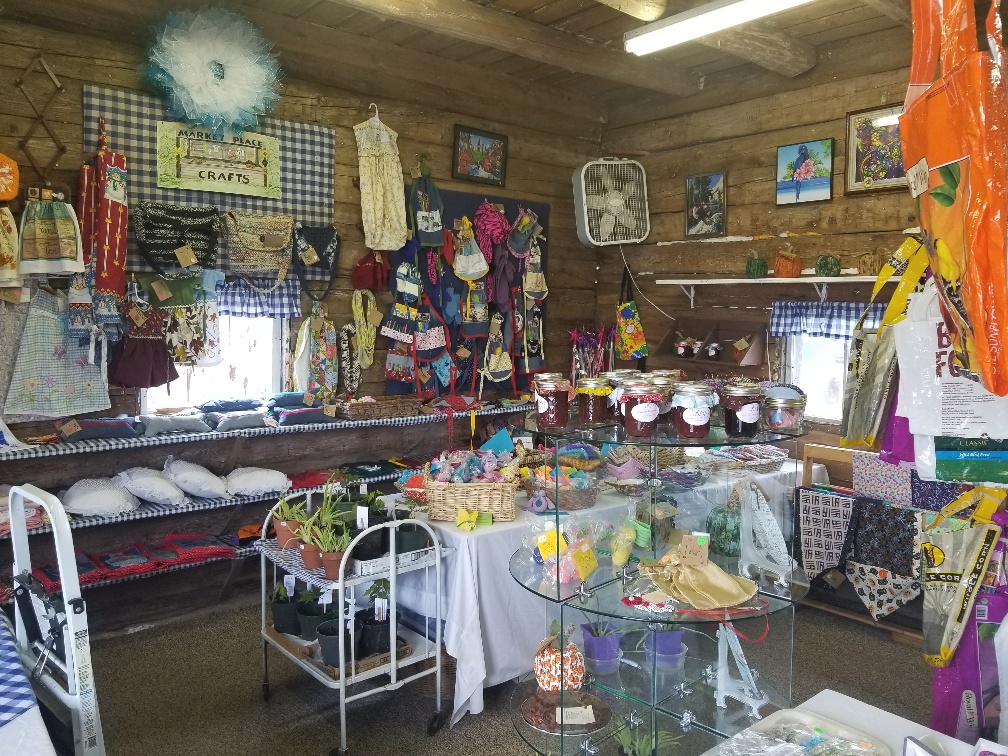 In past years, the Willing Workers offered up handmade items, fudge, Welsh cookies, and other treasures at the Harford Fair. PHOTO COURTESY KANDY WELLMAN

The cancellation of this year’s Harford Fair just a little over a month before it was slated to open did not come as a surprise to many. In fact, to some of those who were scrambling to figure out the logistics of a large public gathering amidst the COVID-19 pandemic, last week’s decision by the Harford Agricultural Society Board came as a bit of a relief.

“None of us really wanted to cancel,” said board of directors first vice president Jason Miller. “We tried to hold off as long as we could to see if there would be any change in the pandemic.” Though Susquehanna County remains in the green phase of reopening the state’s economy, guidelines concerning public gatherings still limit events to 250 people.

“The last thing we wanted to do was put on a half fair,” Miller continued, adding that the safety of fair employees, vendors and volunteers was the board’s biggest priority. “It was a tough decision.”

Coronavirus-related concerns were creating a trickle-down effect as organizations that have been involved with the fair for decades were having trouble finding enough staff to get through the week. Parents and grandparents were expressing apprehension about the safety of rides for children.

“I don’t see how it would have worked,” Kandy Wellman, a member of the Kingsley Willing Workers, remarked. “Many of our volunteers are older or have health issues.” Hers is one of three Willing Workers groups associated with the Harford First Congregational Church that will miss out on funds generally earmarked for church maintenance and other organizations via the sales of fudge, Welsh cookies, attic treasures and cutlery.

“I think it was the only decision they could make to assure the safety of the people. A lot of people come into the area that wouldn’t normally be here,” said George Conner, owner of Tall Pines Farm Stoves and Fireplaces, one of many vendors that count on the fair for sales and promotion of their goods and services. “Everybody is disappointed. It’s kind of special to the county.”

“It’s tough. It’s a necessary evil that we deal with right now,” John Ord, Susquehanna County delegate to the state Federation of Sportsmen and Conservationists, concurred. He estimated that the Susquehanna County Federation has participated in the fair for more than 50 years, serving as a conduit for other sporting and conservation groups, including the PA State Game Commission.

The involvement of 4-H youths is another time-honored element of the fair that is greatly impacted, challenging parents and Susquehanna County 4-H staff. “Besides the experience itself, the youth will be missing out on the traditional way to have their animals shown and sold and display their projects,” 4-H educator SarahRae Sisson related. In addition to bringing a wide variety of animals to the fairgrounds that are enjoyed by visitors, there will be no fashion show nor lunch fundraiser.

It also appeared to some perennial participants that a new exhibit hall that was to replace a number of wooden structures that were dismantled earlier this year would not be ready in time. The Federation of Sportsmen had been displaced during that process, as had the Willing Workers. “It gives us time to figure things out,” said Wellman, whose organization would not have as much space as they did in the old log cabin, which was rescued by the Harford Historical Society to become a museum at the fair.

Many were especially looking forward to the fair after their spring events and promotions had been canceled. While Pennsylvania’s COVID cases remain relatively stable, the pandemic is escalating in other parts of the country, forcing the continued cancellation and postponement of events into the fall. 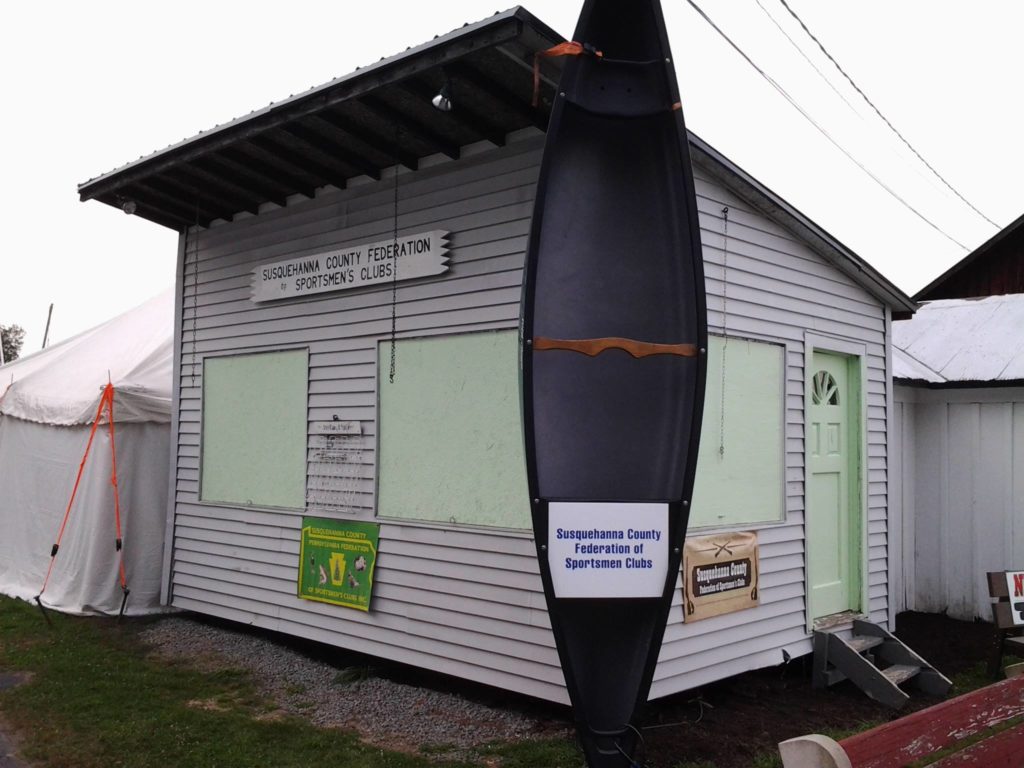 Some, like the Federation of Sportsman, are hopeful that they might still be able to conduct the Youth Field Day that is traditionally paid for with fair proceeds on Sept. 26. “We are still planning to do it,” Ord noted. “It’s National Hunting and Fishing Day.”

Sisson, on the other hand, noted that subsequent 4-H events, such as showing dairy cows and horses have already been suspended. Members are encouraged to keep up with their projects, posters and project books so that they can be displayed somewhere to be judged safely at a later date. Community volunteers might take it upon themselves, she suggested, to hold unofficial livestock shows and sales.

“It will be a strange August for us,” Conner maintained, noting that Tall Pines employees are usually busy for five or six days setting up their exhibit, spend a week at the fair, and then an extra day breaking down their display. They’ve already missed a home show in March and the Fourth of July in Montrose. Conner is hopeful that the company might still have an opportunity to show off their new product line at Binghamton’s Spiedie Fest, which is tentatively postponed to October.

The three Willing Workers groups are set to meet at the church on Aug. 5 to discuss ways to recoup some of the estimated $7,000 that they won’t make at the fair this year. North Harford member Kay Gow said that one idea being considered is the sale of Rada Cutlery via the church’s Facebook page or at an outdoor sale at the church. At this point, nobody within the organization feels comfortable making and selling fudge and cookies.

“I’m personally very glad that they did this with the virus going on,” said Gow. “People want to get out and be around people, but you don’t know who has it. Until they get a vaccine for this, if they ever do, things will not be back to what we consider normal.”