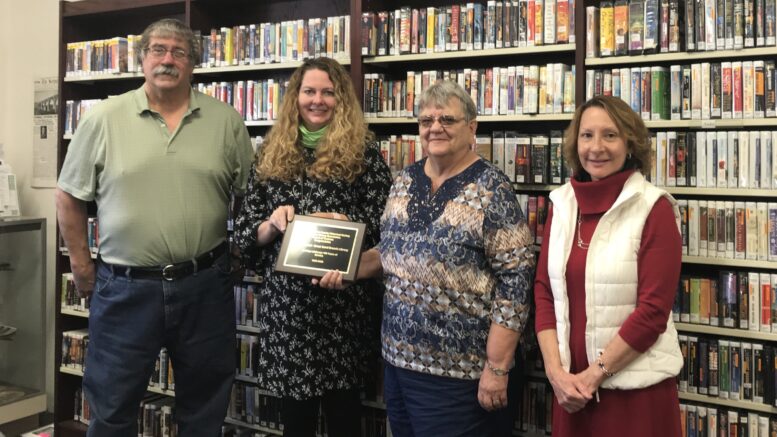 The Hallstead-Great Bend Library will celebrate its 100-year anniversary the week of Nov. 16.

A plaque will be presented at the Hallstead Borough meeting on Wednesday, Nov. 18. A video featuring the history of the library will be posted on the library’s Facebook page (www.facebook.com/susqcolibrary).

Patrons can stop by the Hallstead-Great Bend library during that week and receive a coupon for a free book from the used book store located inside the Montrose library. The traveling Book Walk featuring the children’s story Daniel Finds a Poem will also move to the Hallstead Park.

The Hallstead library began as a “Citizen’s Library” and was operated out of several homes in the Hallstead Area. In 1917, the library was a rented room in the Lamb House and had just 40 books.

After outgrowing the rooms in several different locations, the library, now located at 135 Franklin Ave., Hallstead, opened in 1920 and originally shared the building with the local jail.

In 1931, the Civic Club began sponsoring the library (and still does to this day). In 1999, the library joined the Susquehanna County Historical Society and Free Library Association. The library has also undergone several renovations and additions, including a Children’s Room in 1976 and an addition in 2001.