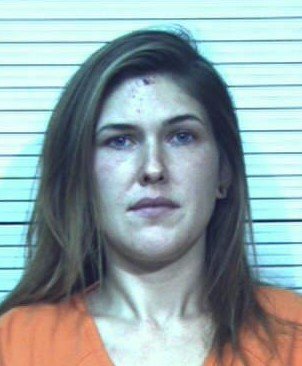 The mother of a four-year-old girl is facing Homicide while DUI charges in connection with the Wednesday, Nov. 8, death of the child following a one-vehicle crash in Rush Twp.

The child, identified only by her initials in the affidavit of probable cause, was air lifted to Robert Packard Hospital in Sayre, where she was later pronounced dead as a result of injuries sustained from the crash.

Scully was arraigned Thursday in Montrose District Court and is being held in the Susquehanna County Correctional Facility on $50,000. A preliminary hearing is scheduled for Monday, Dec. 7.

According to the affidavit, the crash on State Route 367 was reported around 10 p.m., Scully and the child were the only occupants of a 2006 Nissan Altima and were traveling south after leaving a bar in Rush Twp. Police say Scully was impaired by alcohol, lost control of the vehicle and crashed. At the scene, police also observed an open alcoholic beverage container. Scully had also admitted to consuming one alcoholic beverage prior to driving.

Tpr. Herbert spoke with Scully at the scene, and noted numerous indicators of impairment, including a strong odor of alcohol, along with glassy red eyes with dilated pupils. According to the affidavit, a field sobriety test was administered, and police determined Scully was impaired by alcohol to a degree that it rendered her incapable of safe driving. She was transported to Endless Mountains Health Systems and blood was drawn for testing.