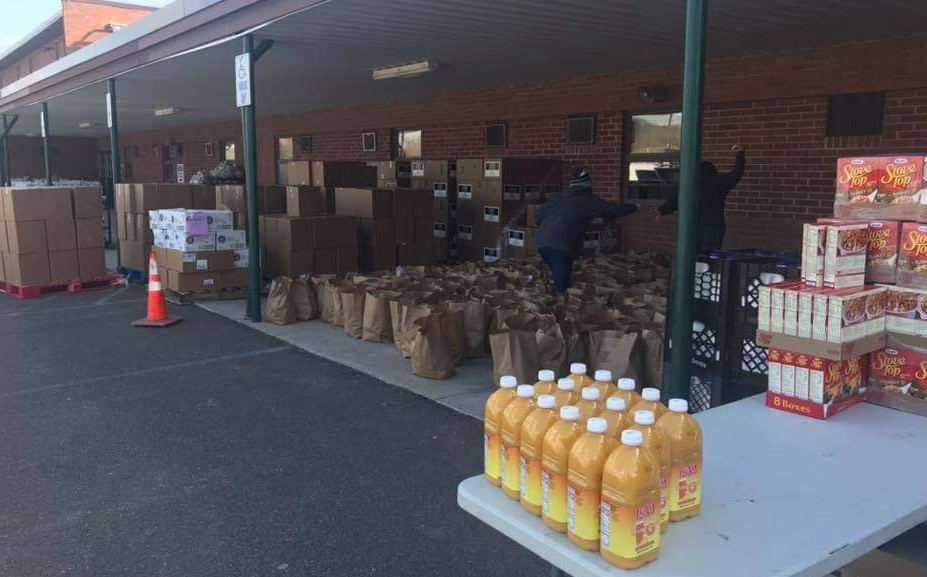 Volunteers from the Elk Lake School District help sort, pack and distribute food at the monthly Free Children’s Produce Market. The program is available to all families, regardless of income. PHOTO COURTESY ELK LAKE SCHOOL DISTRICT

Local food banks have seen an uptick in need and say they’re ready and willing to help.  All you have to do is ask.

With the COVID-19 pandemic continuing to take its toll on the worldwide economy, local families still recoil from its effects.

With the rise in those without jobs comes the onset of colder weather – and more expensive living costs, said Dennis E. Phelps of Trehab Community Action Agency based in Montrose, which helps run the non-profit Montrose Emergency Food Bank.

Phelps said that since March of this year the food bank has seen 175 more families reaching out for assistance, which translates to about 435 people.

“So it’s an uptick for certain and we think it’s going to get worse,” Phelps said.

Trehab serves as part of WNEP 16’s annual Feed a Friend campaign which provides vouchers for holiday turkeys and meals for families in the region. About 900 families benefited from the program this year, Phelps said.

Rich Kutz, the director of the Weinberg Northeast Regional Food Bank, has also witnessed an increase in need for those needing help.

“As a result of COVID-19 we’re seeing increases in the programs that we operate in Susquehanna County,” Kutz said.

“Back in the spring when this first hit we had some programs that were emergency and continued,” Kutz explained.

“We’ve expanded our reach with Susquehanna County to meet the needs that we’re seeing in that area,” he said.

Kutz estimated that his food bank has seen about a 20 percent growth in programs with last quarter reaching about 4,500 families or about 11,000 residents.

The Weinberg Food Bank works with Trehab and the Salvation Army, and uses funding largely through donations and the United States Department of Agriculture.

Last week, Jane Clements-Smith, Executive Director of Feeding Pennsylvania, announced that local food banks were among those included in a $50,000 donation from AgChoice Farm Credit, a financial cooperative which serves farmers and people that live in rural communities across 52 counties in Pennsylvania.

Clements-Smith said that studies conducted by Feeding Pennsylvania project that Pennsylvania’s rate of food insecurity – defined as the inability of a household to provide enough food for its members to live a healthy lifestyle – will increase to 15.9 percent, or more than 2 million Pennsylvanians as a result of temporary unemployment due to COVID-19.

“This donation will help Feeding Pennsylvania and our member food banks serve those in need throughout our community, during the Thanksgiving season and throughout year,” Clements-Smith said in a prepared release.

Feeding Pennsylvania works to aid food banks in securing food and other resources to reduce hunger and food insecurity across Pennsylvania.

The produce market is free of charge, has no income level requirements and is available to all families in the Elk Lake School District, she said.

“I wish more people would take advantage of the program,” Williams said.

“I think some people are hesitant to turn in that little slip in because they think they’re taking it from somebody else,” Williams said.

Information on making a donation to Feeding Pennsylvania can be found at www.feedingpa.org.

Donation information for making a donation to the Weinberg Northeast Regional Food Bank, through the Commission on Economic Opportunity, can be at www.ceopeoplehelpingpeople.org/donate.