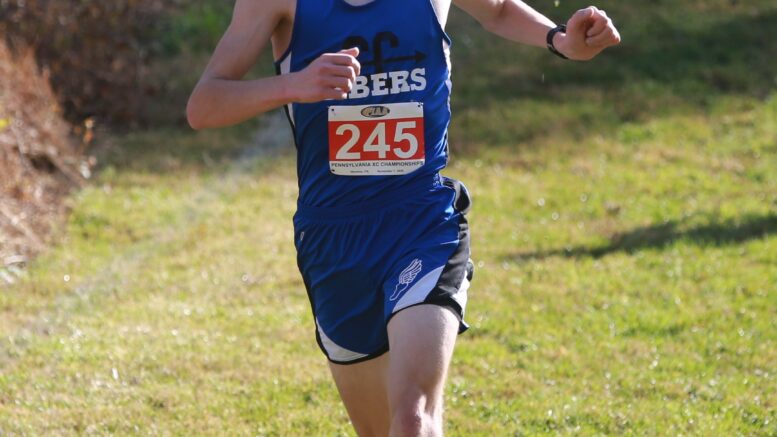 Susquehanna Community runner Austin Gow capped off his senior year by being chosen by coaches as the Runner of the Year. PHOTO BY ED KING 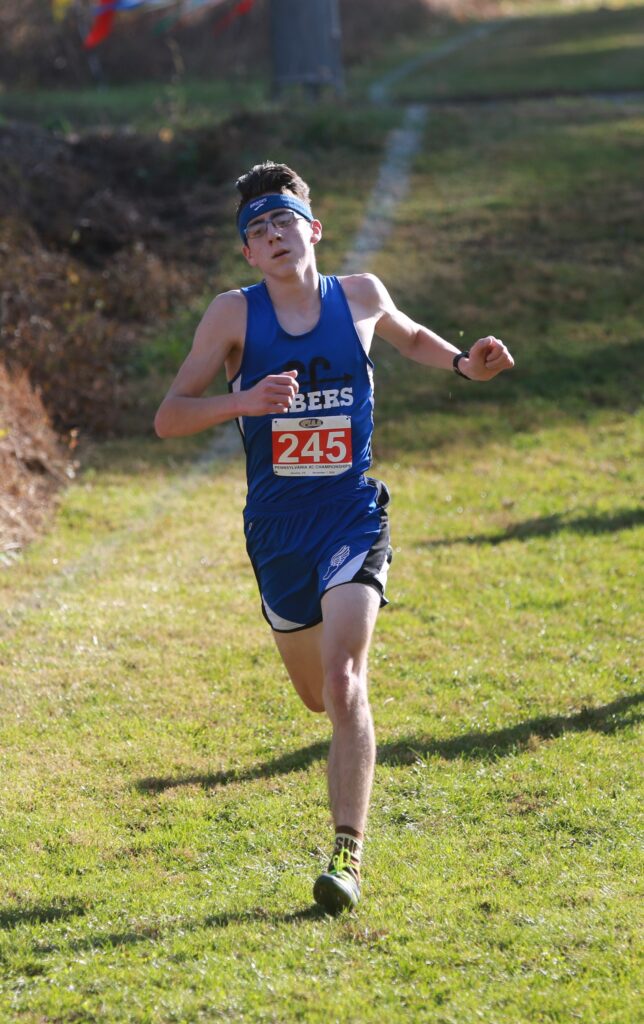 Susquehanna Community runner Austin Gow capped off his senior year by being chosen by coaches as the Runner of the Year. PHOTO BY ED KING

Austin Gow runs. A lot. But it hasn’t always been that way.
Gow recently wrapped up his Susquehanna Community School District Cross Country career placing 53rd at the PIAA Championships and finishing fourth at the District II Championships. It was the second year in a row he has finished in the top half of the state race. Gow was also chosen by coaches as the Runner of the Year.
“I used to wrestle, so training for wrestling I started doing some 5Ks” explained Gow. “Then I tried Cross Country and found that I really liked it.”
Participation in Cross Country has enabled Gow to fuse two of his interests. “I really enjoy running, especially in the Cross Country setting,” said Gow. “I’m a competitive person and I just like the combination of running and competing.”
Gow has grown as a runner over the years, going from a junior high novice to qualifying for the state championships his last two seasons. “Each year I’ve tried to be a little bit better,” said Gow. “I think my work ethic has grown each season and that’s helped me find success.”
Gow’s wrestling background also proved beneficial for him as a runner, according to Susquehanna Cross Country Coach Jeff Hall.
“Austin has taken his wrestling background and incorporated the mental and physical toughness and determination element into his running,” Hall explained.
The coach also noted that Gow has taken over a leadership role as he has advanced through the program. “Austin spends time with the younger runners, as well as the varsity athletes,” said Hall. “As a mentor, he works pacing and with how to run within themselves.”
Gow’s experience paid dividends throughout this past season and the effects that COVID had on it. “It was strange, from having meets where there were only two teams participating to just keeping our social distance at practice,” said Gow. “But I tried to stay focused on my training and continue to work hard.”
The experience of qualifying for states as a junior provided Gow the motivation for his senior campaign.
“Getting to go down to Hershey, seeing what that race was like, really opened my eyes,” noted Gow. “It really motivated me to work this offseason despite how different we knew the season was going to be.”
Gow has left his mark on the Saber program. Not only did he twice qualify for states, he also set several school records along the way. “I just want to be remembered as a hardworking, fast runner,” Gow said.
That determination as a runner is something Gow hopes will help him in the future as he intends to go to school and study to become a chiropracter.
“Chiropractics really interests me, and I know it’s going to take work, but I think I’ve learned to go after something that I want and I’m determined to do so,” said Gow.
Austin Gow runs. And he knows his dreams are straight ahead.