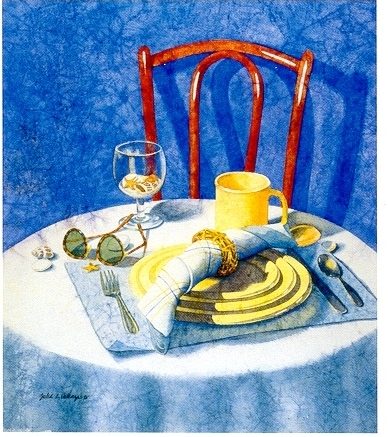 The Women’s Resource Center (WRC) recently launched a powerful video in support of the agency’s “Restoring Hope” campaign that aims to stabilize future funding for its domestic violence and advocacy programs.

The video highlights survivors’ stories and how WRC programs helped – and continue to help – the women featured in the video. The video can be viewed on the agency’s website: www.wrcnepa.org.

With a mission to end domestic and sexual violence, WRC has served 62,000 victims of domestic violence and sexual assault in Susquehanna and Lackawanna counties. The agency administers a 24-hour crisis hotline that receives about 8,000 calls each year.

“Everyone know someone – a neighbor, coworker, or friend – who has been a victim of abuse or sexual assault,” said Amy Everetts, WRC Director of Development.

She said that one in four women and one in seven men experience abuse from an intimate partner. Everetts said the abuse can be physical and/or emotional. It can also take the form of sexual abuse or unwanted sexual contact. The abuse “can lead to a life of fear and pain,” Everetts said.

In addition to the hotline, the Women’s Resource Center is a designated rape crisis center; can provide emergency shelter; offers support and legal services. WRC looks to combat domestic violence through community education and advocacy programs.

“State funding can be up in the air,” Everetts said. “We want to be able to provide all these programs.”

That’s where the “Restoring Hope” capital campaign comes in to play. The campaign began quietly about a year ago, and has reached just over the halfway mark of its $2.5 million goal.

WRC has identified key program areas that will benefit from the capital campaign and the building of an endowment: safe house; emergency crisis program; legal services; teen/young adult program.

Of the public appeal, Everetts said, “Every dollar counts. It doesn’t matter what amount it is – just people making thoughtful donation of what they are able to do.”

“There are amazing stories you hear about success, and there’s also the ones that aren’t so successful,” Everetts said.

As the pandemic swept the nation earlier this year, and lockdown orders were put in place, the phones at the WRC became “eerily quiet,” Everetts said. As the stay-at-home orders lifted, the phones were “ringing off the hook.”

In regard to the pandemic, virtual schooling, and shutdowns, Everetts said, “There’s a lot of stressors. Imagine all that stress and an abusive relationship on top of it. It’s scary, that’s why it is critical our services never skip a beat.”

WRC Susquehanna County Program Manager Tiffany Benedict said that there is a lot of need in the county around housing for survivors and also legal resources, such as the attorneys that work with the Barbara J. Hart Justice Center.

Benedict said the attorneys are familiar with abuse and sexual assault and are skilled in helping survivors navigate custody and exchanges safely. “Funding to support that legal work is going to be really helpful,” Benedict said.

Safe housing is another crucial need in the county, according to Benedict. Additional funding dedicated to housing through the capital campaign could allow the agency to create additional ways to help survivors stay safely housed and provide assistance with barriers some have to accessing housing.

Benedict said the WRC program and staff in Susquehanna County has been growing, including an additional counselor advocate joining the staff.

But, she admitted, this year has been “extra tough.”

“There’s just been more barriers,” Benedict said, including barriers for survivors who have not had access to technology or phones. WRC staff has also had to determine ways to provide services safely during COVID.

Benedict said she’s thankful for WRC’s connections with other agencies in the community and being able to partner with organizations such as Trehab and Susquehanna County Interfaith. “We are able to rely on one another, making us better adept to providing services,” Benedict said.

Information can also be found on the website regarding WRC’s various programs and services.