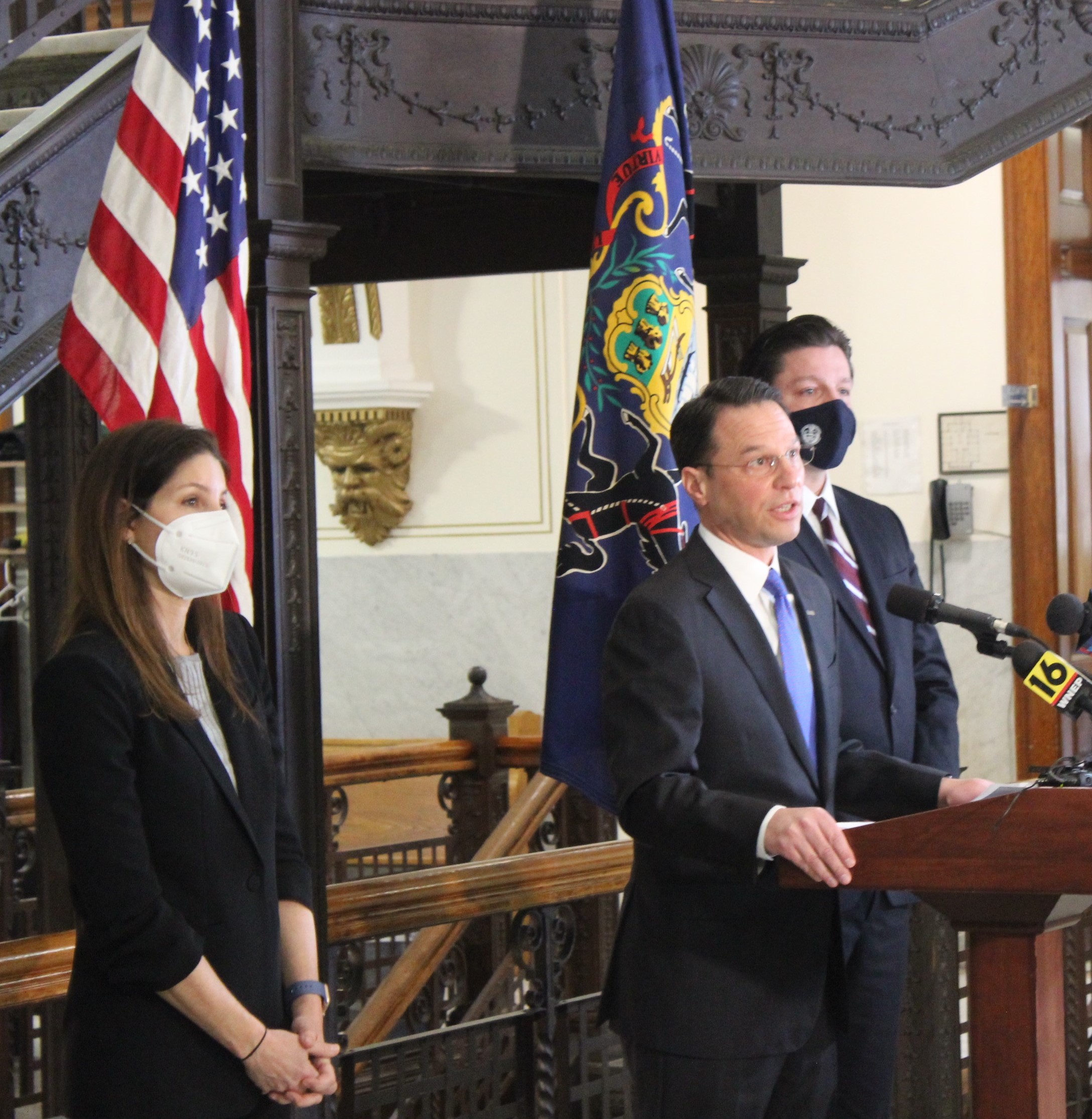 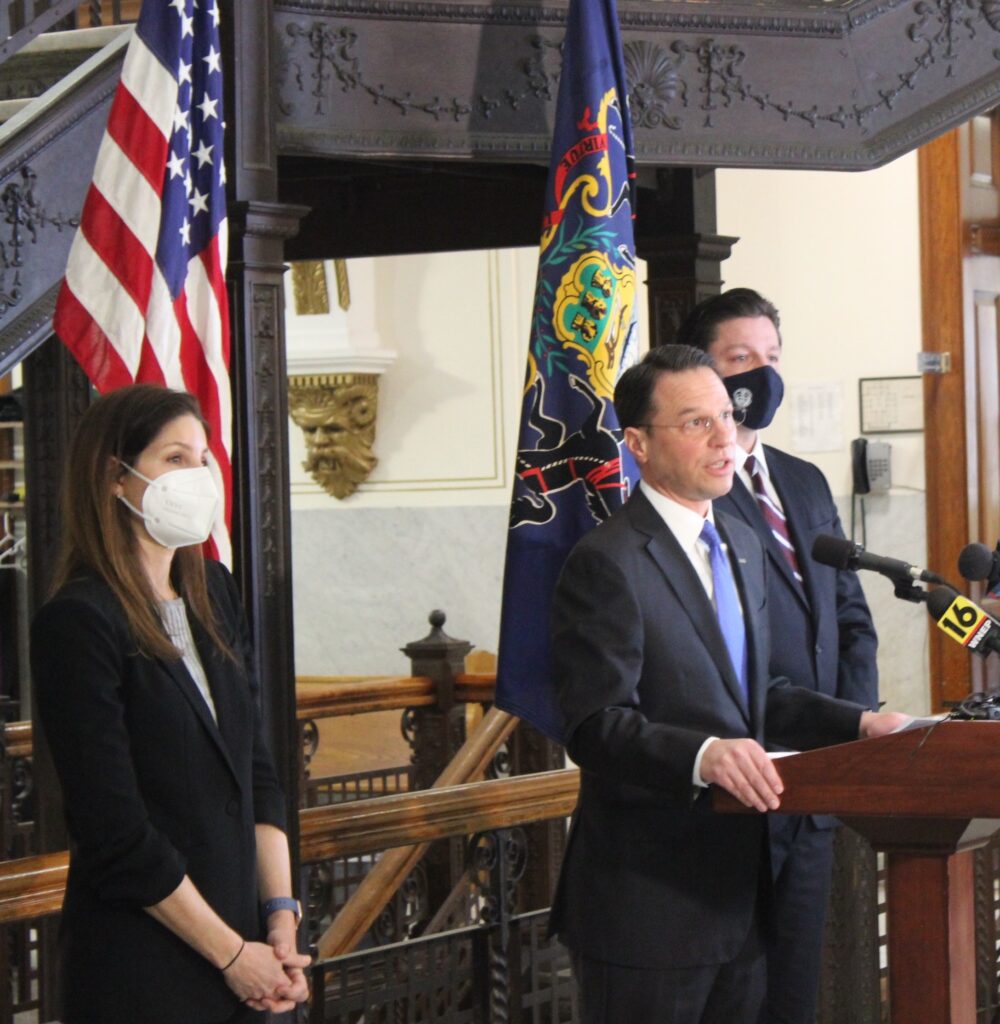 Charges against Salsman include three counts of sexual assault, 12 counts of intimidating a witness or victim, two counts of obstruction of justice, five counts of indecent assault without consent, a count of encouraging prostitution and another count also related to prostitution.

Shapiro stated that Salsman has been investigated for “routinely assaulting women that he represented as a private attorney” prior to being elected as the district attorney for Bradford County.

“Five women, independent of one another, experienced the same pattern of advances, coercion, and assault at the hands of Mr. Salsman when he was a defense attorney,” Shapiro said. “They had to rely on Salsman to be their advocate, to represent them at a time they felt powerless, and instead they were preyed upon.”

Shapiro noted that the Attorney General’s office is aware of additional alleged assaults carried out by Salsman that fall outside of Pennsylvania’s statute of limitations.

One assault took place in November 2019, after Salsman had been elected District Attorney but before he was sworn into the position, according to Shapiro.

Shapiro relayed that there are striking similarities in the testimonies of victims of Salsman. Numerous victims reported that he would begin asking for explicit photos or “groping” them in meetings or in court and then escalated to assaulting them on his law office desk, instructing them to clean themselves with paper towels in his private bathroom before leaving and telling them that he could “ruin their lives” if they told others about the assault.

The Attorney General noted that Salsman often worked with clients “in compromising positions” such as those involved with child custody cases who were desperate to maintain custody of their children and “many” who had struggled with addiction.

One victim had been raped by a perpetrator that Salsman had previously represented, according to documents filed with the charges, and noted that Salsman had knowledge of sexual assault in the victim’s history when he allegedly assaulted her.

“The similarities in these cases that the grand jurors heard are very eerie, from who he targeted and how he pressured them to where the assaults took place and what he ordered them to do,” Shapiro commented. “He had a plan. He carried it out. Over and over and over again. That’s what Salsman did to these women.”

Salsman was also accused of attempting to hide his assaults. Shapiro stated that members of his staff testified that women would often leave in tears or in distress after meeting with him. He would also use air conditioners, white noise machines or ask staff members to play music during his meetings with female clients.

During the grand jury proceedings, which were secret and took place while Salsman has been District Attorney, he has also “tried to pressure victims and members of his own staff to disclose what they had told the Grand Jury,” according to Shapiro.

Shapiro stated that the charges pressed against Salsman “carry very serious time in state prison” and “are significant because they represent the severity of his crimes.”

“We, in the office of the Attorney General and the Pennsylvania State Police, believe that public officials and those with a responsibility as an attorney to care for his clients, well, they must be held accountable to the public.” Shapiro commented. “This defendant knows, heck he knows better than most, how the system works. He chose these victims … and we believe he did this by design … he picked these victims because they didn’t have another choice, because he thought they would be easy to silence and, likely, they would be less believed if they ever came forward.”

Shapiro said that cases such as Salsman’s are difficult to prosecute because of the “victims he strategically chose” and “because it’s hard to hold powerful people accountable, in this county, in this Commonwealth and in this country, but it doesn’t mean that we don’t try and we, in the office of Attorney General, do not back down.”

Shapiro relayed that Salsman is one of 88 public officials his office has charged with various crimes during his tenure.

“The one thing that all of these corrupt public officials have in common is this – they believe that their power and their position in the county or in the Commonwealth, well, that it somehow gives them a pass to break the law. I’m here to tell you, I’m here to tell the good people of Bradford County, Chad Salsman does not get a pass for his crimes. He does not get a pass,” he said.

Shapiro announced that the investigation of Salsman was referred to his office by former Bradford County District Attorney Daniel Barrett, who is – like Salsman, – a member of the Republican party.

“We don’t care what party you are, we care that you broke the law,” Shapiro declared.

The Attorney General stated that while he believes Salsman “compromised the sacred public trust with his “attempts to impede the investigation” and “is not fit to serve as District Attorney,” he is still officially elected to that role at this time and it will “be up to the good people of Bradford County and the disciplinary board” how that is dealt with moving forward.

Shapiro stated that his office’s case against Salsman is ongoing and said that he suspects there may be other victims.

Shapiro urged any victim of Salsman or anyone with information related to the case to contact Pennsylvania State Police in Tunkhannock at 570-836-2141.

Following the announcement of the charges against Salsman, the Bradford County Commissioners issued the following statement:

“The District Attorney is an independently elected official and the foundation of our criminal justice system is the presumption of innocence until proven guilty in a court of law. The process will work its way through the system, guilt or innocence will be determined at the end of the process. Our system of justice applies to everyone, elected or unelected alike. Pennsylvania law and the County Code determines how the District Attorney operates his office during the time the case works its way through the system. The Bradford County Commissioners will make no further comment pending final outcome of the judicial process relating to the District Attorney.”

Salsman was arrested and arraigned on Wednesday with a bail set at $500,000 that was posted by Professional Bondsman Michael Shaw.

A formal arraignment is scheduled for Salsman on Feb. 22 before the Honorable Maureen T. Beirne.