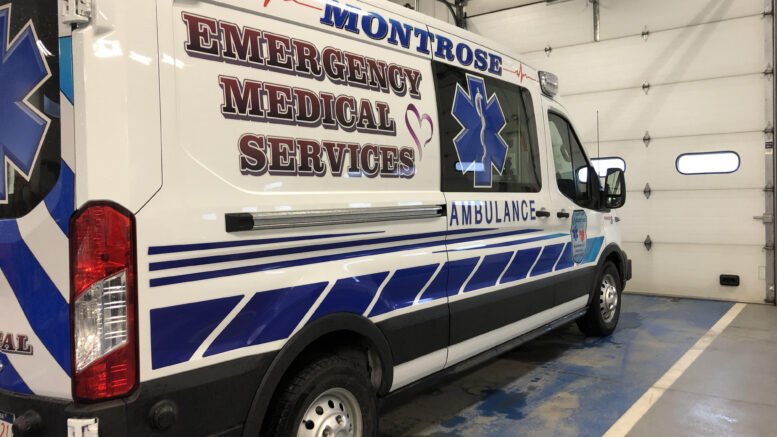 The newest ambulance in the Montrose Minute Men fleet will help service the company’s primary coverage area and beyond as emergency services hit a critical point in the county. STAFF PHOTO/STACI WILSON 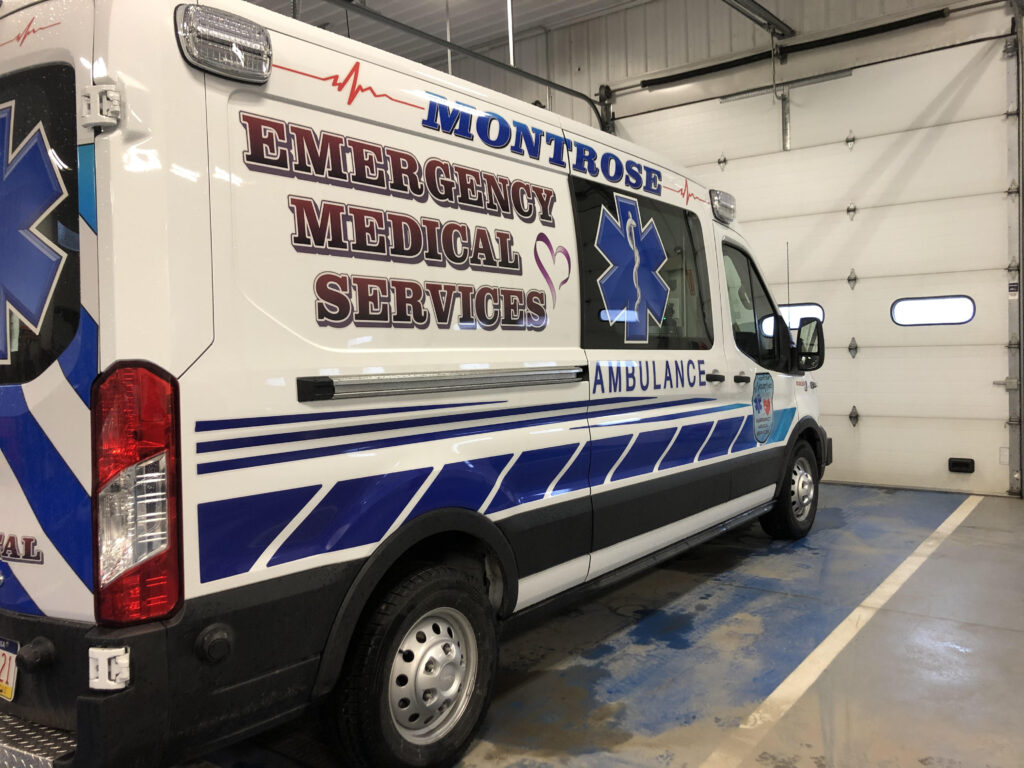 The newest ambulance in the Montrose Minute Men fleet will help service the company’s primary coverage area and beyond as emergency services hit a critical point in the county. STAFF PHOTO/STACI WILSON

It’s a tipping point that could keep local ambulance services from even getting out of the garage door to answer a call – lengthening critical response time as services from a greater distance are dispatched.

Those involved with local ambulance services point to two reasons the situation has reached a critical crisis level: testing standards and the lack of volunteers.

During National Emergency Services Week in May 2019, the Independent reported that local EMS was suffering from a shortage in volunteers and the training and testing requirements were burdensome. At that time, a spokesperson for the Ambulance Association of Pennsylvania noted that the state had lost over 18,000 qualified EMTs over the past 10 years.

According to Vincent Birchard, Captain of the Montrose Minute Men based out of Montrose, both the hours of required training and the cost of the program are barriers for those wanting to become an Emergency Medical Technician (EMT). The Montrose Minute Men is one of the few paid employee ambulance services in Susquehanna County.

Birchard said that about five years ago, Pennsylvania moved away from state EMT testing and instead now requires EMS certification through the National Registry of Emergency Medical Technicians.

For those that complete the coursework, passing the certification exam is not guaranteed. Of those who took the EMT exam in Susquehanna County in 2019, only about 66 percent passed it on the first attempt. So far this year, the first-time pass rate is above 70 percent.

Dan Totten, an EMT with the Montrose Minute Men, also noted that the test itself is confusing. “It’s set for you to fail,” he said.

And the cost of the course is daunting for financially strapped volunteer companies to cover, amounting to about $1,500-$1,600 per person.

The Susquehanna County Commissioners had earmarked $100,000 that could be tapped into to cover the course and testing, but the pandemic and COVID protocols seemingly hindered tapping into those funds.

Commissioner Alan Hall said that with the construction of the new public safety center in New Milford Township there will be room to hold required training courses at the facility.

“In the 1970s through the 90s, being a volunteer got you someplace,” Birchard said. “It used to give you an advantage (in the workplace).” That no longer exists. “There’s no incentive to volunteer,” he said.

Volunteers and even those with paid positions in emergency services are aging; and those looking to enter the field are more apt to look for positions in areas that pay higher wages. “The big thing missing is the people,” Birchard said, describing the situation as a “ticking timebomb.”

The lack of personnel on volunteer squads affects all emergency services in the county, Birchard said, even the paid companies. If the volunteer agency don’t have enough responders, the call would go to another service – like the Minute Men. But, if the Minute Men are already responding to in their coverage area, it’s not unusual for ambulance companies to now be dispatched from New York state to handle emergency calls. It doesn’t take many calls in the county to stretch providers past their breaking point.

The primary coverage area of the Montrose Minute Men includes 13 townships and the borough of Montrose, and the paramedic coverage extends into more of the county. According to Birchard, one of the biggest needs in the county is for additional paramedics.

Currently, there are seven paramedics that live in the county, Birchard said, and two of them work out of the county; and there are nearly 130 EMTs.

Over the next several months, the Susquehanna County Independent plans to bring you more stories about the emergency services crisis in the county.