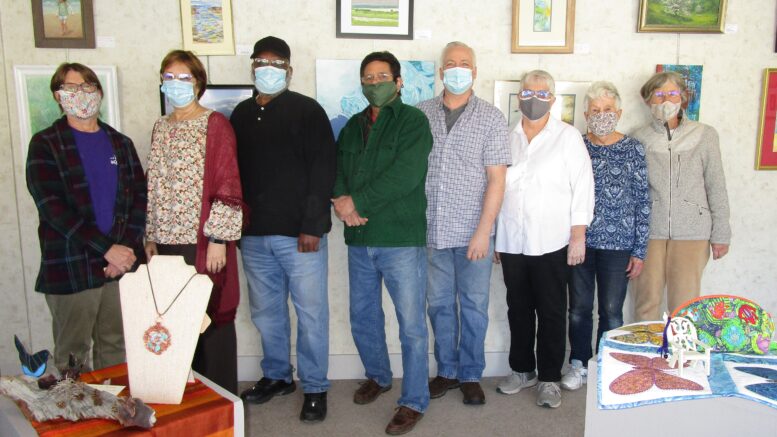 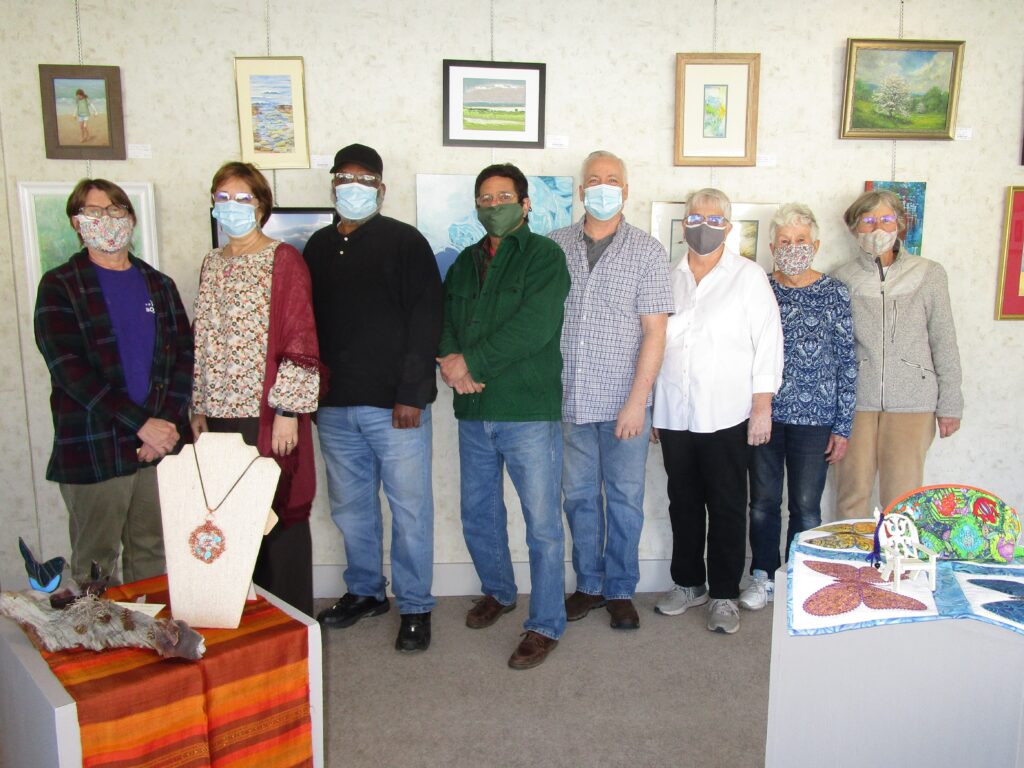 People traveling Church Street in Montrose recently have likely seen the teasing question “Are You Ready?” painted on large sheets of paper covering the windows of the former Lee Furniture Store. After a conversation with the building’s new owners and hearing the variety of plans they have for all that space, and one realizes that it is a loaded question. There’s a lot to get ready for.

Over the course of the next month, the Slanted Art Co-op, a gathering place and retail center currently situated at the corner of Church and South Main streets will take a giant step next door to stretch their legs and talents. Moving from about 1,500 square feet to 4,000 is exciting to the 40-plus members. Not only will they be able to display more art, they will also have room to expand their instructional programs and to better engage the public.

Susan and Chaz Zellner and Jennifer and Greg Flanagan formed Change Agents, LLC to purchase the furniture store from brothers, Craig and Jay Reimel. The business had been in the Lee and Reimel families for more than 100 years.

“There’s such a legacy to this building,” Susan remarked. Craig and his wife, Deb Reimel, were impressed with the vision the co-op members had for the new enterprise and have joined the small army of volunteers working towards its opening.

In 2019 the Zellners, the Flanagans, and the Reimels formed Montrose CommUNITY which, Susan explained, is all about progress, beautification and volunteerism to help with the rejuvenation of the community.

“One of the things we’re so happy about is the passing of the torch,” Susan said, in reference to the blessing their project got from the Reimels. Deb has been helping with painting the interior, and Craig has been working on the outside.

“I’m retired, and I enjoy doing this kind of work,” Deb related. “Craig and I did a lot for this place when we owned it. They’ve got a lot of good ideas, and I think that people are ready to see Montrose grow.”

The growth will be realized not just in the expansion of the art co-op itself but in the other services and amenities that the larger structure will offer. The main entrance will open into the gallery, but the senses will be drawn in many different directions at once as patrons take in the unique layout.

The back of the front room is available to lease as a coffee shop or something similar that would be enticing and accessible to art customers. Beyond that, in a space that is still under construction, Jennifer will manage Nurturing Touch Massage, a business she started about a year and a half ago.

The open space of the gallery flows to the right, one spacious room leading to another. “Because it was a furniture store, it already lends itself to be a gallery,” Susan noted. And, like a furniture store, vignettes will constantly be updated by members to give patrons an idea of what the art will look like in their homes.

“It will be a gallery in the truest sense,” said co-op member Sue Palackas. Unlike gift shops and craft stores, she continued, “We’ll offer a vibe that will be upscale and yet welcoming to everybody. There will be items from a few dollars to thousands of dollars.”

Artwork will include, but is not limited to, paintings in all genres, pottery, portraiture, jewelry, metal sculpture, wood working, photography, unique up-cycled art, stained glass, aroma therapy, and quilting, the latter getting its own room.

“Everything you find at Slanted is made by an artist member,” Susan maintained.

Front and center as seen from Church Street is a room dedicated to each month’s featured artist. “We had wall space at the other shop, but now we have a whole room,” said Susan. “Everybody is very excited about it.”

“I think it’s really great that we got the additional space,” said portrait artist Jesse Jackson. “We were experiencing some growing pains over there.” Jackson is also looking forward to offering instruction in the new classroom.

Art classes were very popular at the corner location, but the confines limited the number of participants, and classes couldn’t always be held concurrently with regular business hours. Four times the instruction space in the new location will allow for a greater variety of classes, Palackas explained, and the potential to bring in visiting artists with brand new ideas and techniques to share. “We really are hoping to have a full art schedule,” she stated.

Yoga with Patti will resume in the new location, also in her own space.

Just when the patrons might think they’ve seen it all, a ramp rises to a large open space that is planned as the Event Room.

In that 2,000 square feet, which includes a walk-up stage at the rear, co-op members hope to host poetry readings, live music, and other public events. The room will also be available for rental by community groups and other parties.

With plans well underway for the interior, building owners are now looking to the outside, since they now have their own parking lot. Church Street Marketplace will be held in lot on Friday and Saturday of Memorial Day weekend and then on the third weekend of each month to coincide with the Montrose Third Friday promotion held in the past.

“We welcome vendors that make and create their own products,” Susan related. “We hope to offer locally grown and/or artisanal foods along with local crafts.” There will be indoor as well as outdoor space available from 4 to 8 p.m. on Friday nights and 10 a.m. to 2 p.m. on Saturdays.

The Zellners and Flanagans were relieved that their plans were well-received by representatives at the Northern Tier Regional Planning and Development Commission and their lending institution. The loan officer told them that the county commissioners were on board, and that they all saw potential in the new enterprise to serve as a catalyst for economic growth in Montrose.

The vice president of the bank, Susan noted, told them that the project scored well in large part because Slanted Art is a co-op. “It is a wonderful business model for building teamwork and family. It’s a very different business model,” she remarked. “Everyone plays an active role in what’s going on. That’s why this has been successful.” To the best of their knowledge, the closest co-op of its kind is well into New York state.

Be the first to comment on "Ready for growth, Slanted Art makes a move to Church Street Marketplace"