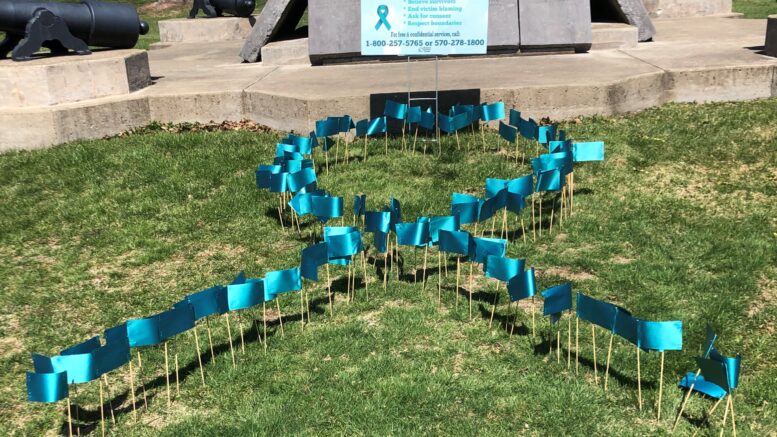 Teal flags were placed in the shape of a ribbon on the Green in Montrose by the Women’s Resource Center with an informational sign as part of the Sexual Assault Awareness Month campaign. STAFF PHOTO/STACI WILSON 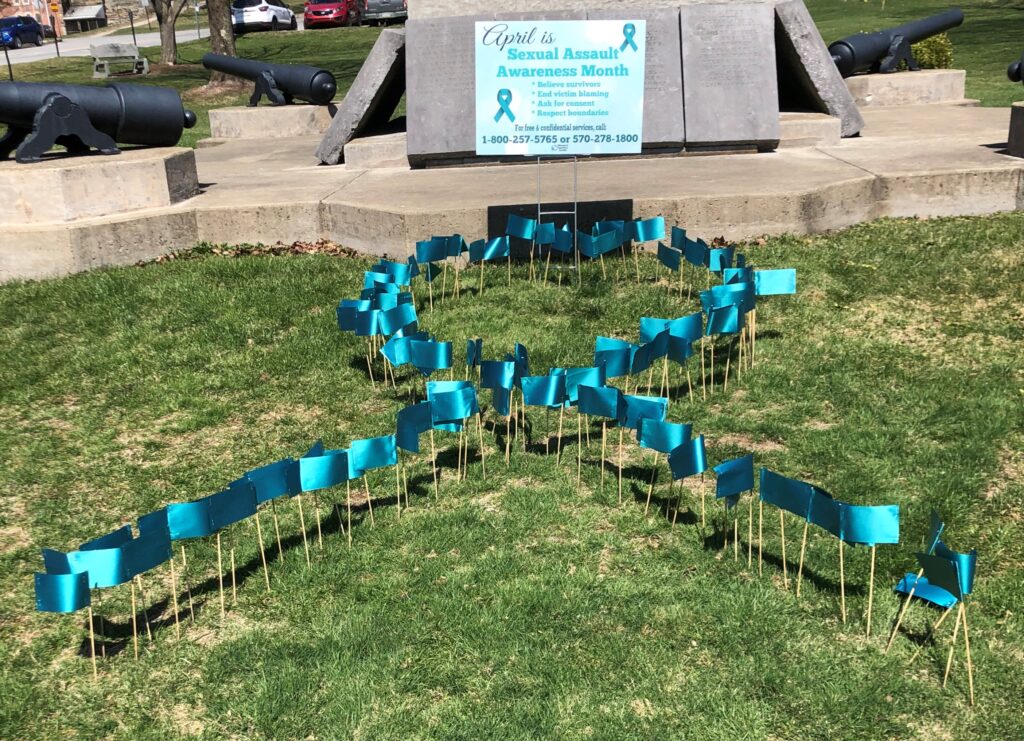 Teal flags were placed in the shape of a ribbon on the Green in Montrose by the Women’s Resource Center with an informational sign as part of the Sexual Assault Awareness Month campaign. STAFF PHOTO/STACI WILSON

One year ago, the coronavirus pandemic lockdown orders caused the phones at the Women’s Resource Center to go quiet. As the state opened back up, the phones, once again, began to ring.

Tiffany Benedict, Women’s Resource Center Susquehanna County Program Director, says the agency remains in a heightened state. “It has continued to pick up, in regard to hotline calls and program participants reaching out,” she said. “As life returns to normal, there is more opportunity for people to reach out.”

Benedict is also quick to point out that the Women’s Resource Center does not just serve women, but is a resource for everybody – regardless of gender or sexual orientation – experiencing domestic violence or sexual assault.

WRC is also reaching out to domestic violence and sexual assault survivors – drawing attention to the issues with planned outreach events this month as April is Sexual Assault Awareness Month.

Teal baskets are in some area businesses with Sexual Assault Awareness month information;

On April 19, during the South Montrose Community Church’s monthly Soup Night, WRC was packing bags and distributing information with the free soup meal from 4:30-6:30 p.m.; and on April 23, WRC staffers will be dishing up ice cream as “Guest Scoopers” from 3-8 p.m. at Susquehanna Scoopers on Main St., Susquehanna.

April 28 is Denim Day, and people are encouraged to wear jeans that day in support of survivors.

“We’re still trying to do as much as we can while following pandemic protocols,” Benedict said.

The goal of Sexual Assault Awareness Month is for individuals and organizations to raise public awareness about sexual harassment, assault and abuse, and to educate communities on how to prevent it.

WRC has been able to go back into areas of services that were put on hold because of COVID-19, and have returned to providing accompaniment services for some court hearings, as well as forensic interviews. The agency has also been able to return to correctional facilities for group meetings.

“We’re expanding back into circles to where we have been meeting with some survivors,” Benedict said.

Prevention and education are key components to WRC’s work in schools. And while those in-person school-based programs faced challenges due to the pandemic, the agency is seeing some movement in a “good direction” to have Teen Counselor Advocate Kimberly Tuttle return to the districts.

Benedict said teens that are just entering into relationships are key to ending domestic violence with educating young adults about appropriate boundaries.

For more information about the Women’s Resource Center, visit wrcnepa.org.