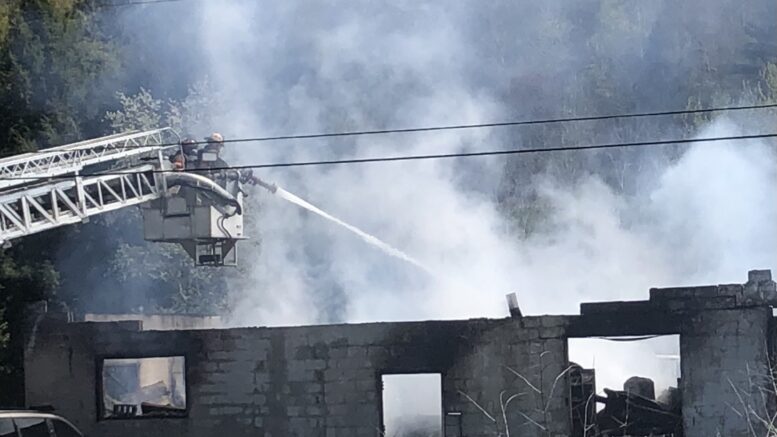 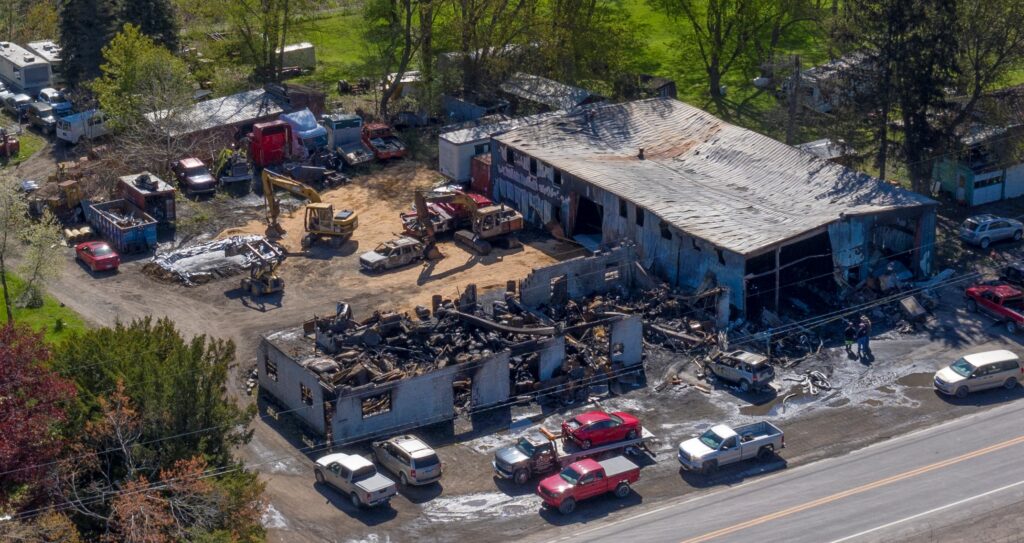 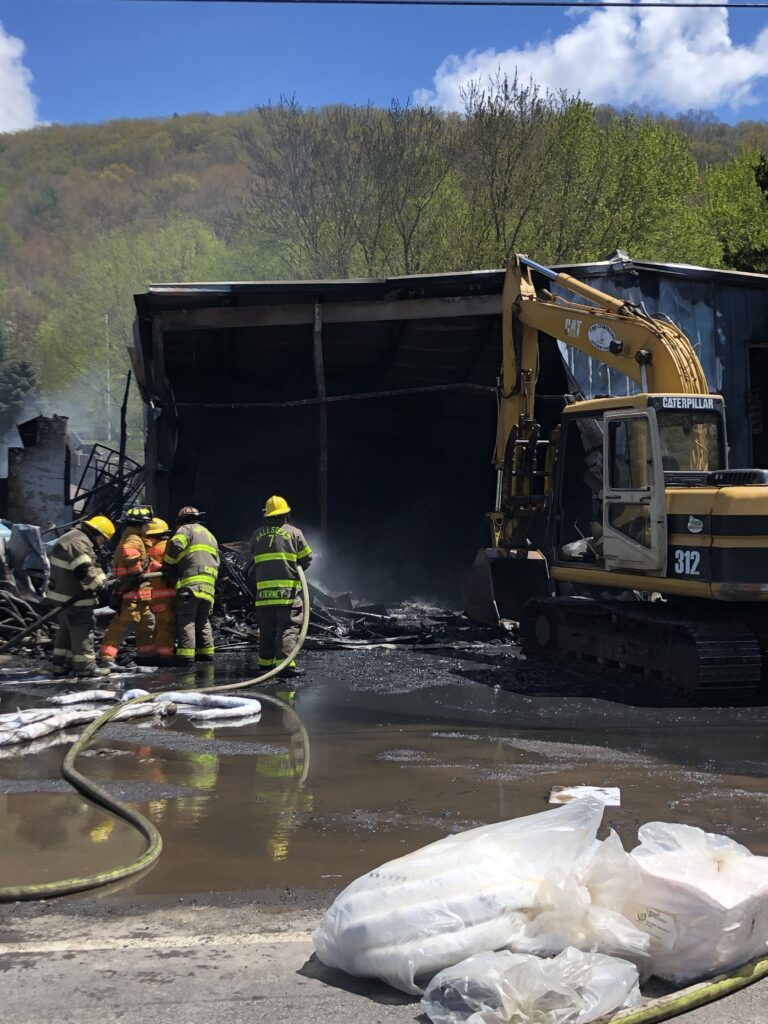 One employee on the scene said he heard a “pop” sound and then a “bang.” He opened a door in the garage and saw flames, he told reporters. No one was injured in the blaze.

Derrick said firefighters knew that acetylene and propane were stored on the premises.

Onlookers reported they heard what they described as around five “explosions” and dark smoke was visible across the Susquehanna River in Hallstead.

Derrick said the explosions heard by local residents were caused by motor oil.

Several vehicles in the garage, and on the outside, were also destroyed.

In addition to firefighters and emergency responders, a Pennsylvania State Police Fire Marshal and Susquehanna County Emergency Management also reported to the scene.