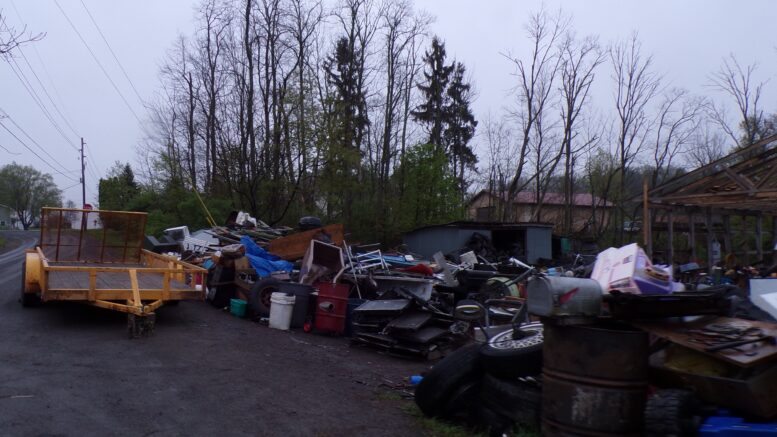 Piles of discarded items at a Campground Rd., Dimock Twp., property and complaints for township residents prompted supervisors to pursue a legal remedy to the situation. PHOTO BY REGGIE SHEFFIELD

Posted By: Reggie Sheffield, Correspondent May 21, 2021 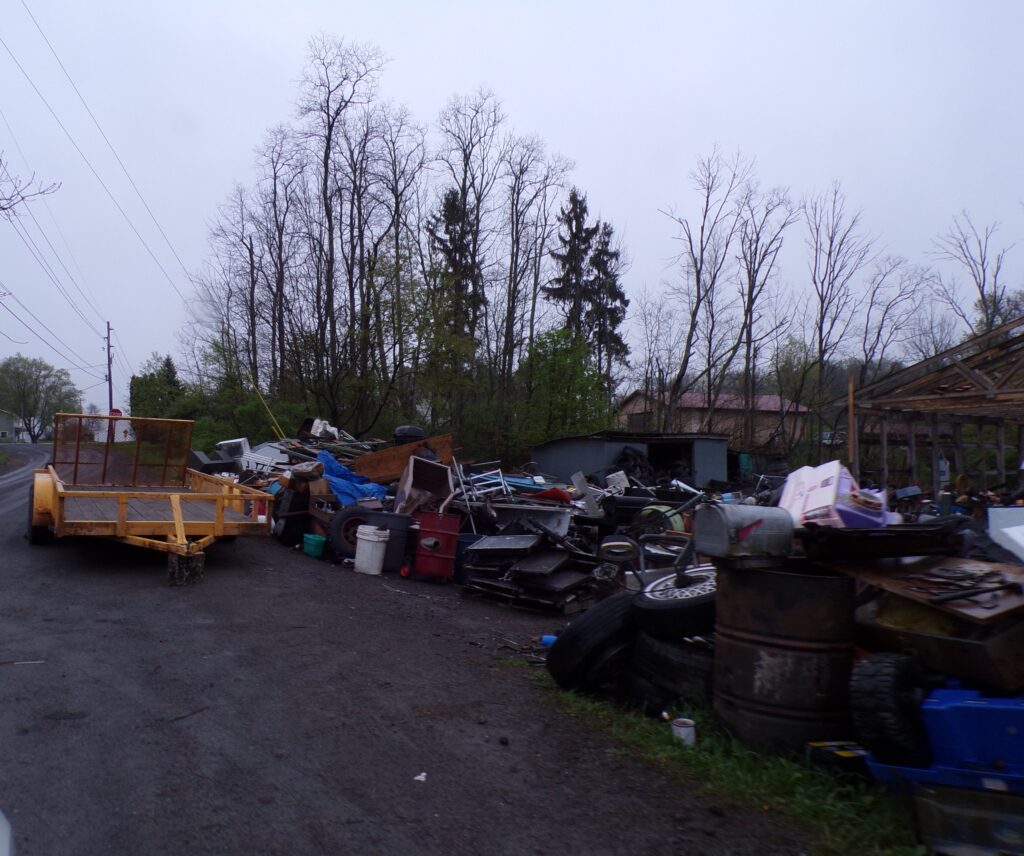 Piles of discarded items at a Campground Rd., Dimock Twp., property and complaints for township residents prompted supervisors to pursue a legal remedy to the situation. PHOTO BY REGGIE SHEFFIELD

Dimock Twp. supervisors unanimously voted at their May meeting to authorize legal action against the owner of a Campground Road junkyard which neighbors have repeatedly complained about loudly.

Residents have complained about blocked roads, mounds of junk piled high, and abandoned motor vehicles lit on fire.  Some added their names to a list of potential witnesses in an expected upcoming court action.

Directly next to the junk yard is the Dimock Camp Meeting, founded in 1875 by Methodist Episcopals as a worship site. Campground members have expressed concerns about whether with the interference and unsightly appearance of the junk yard they will be able to conduct their annual summer services.

“I have personally witnessed multiple vehicles.  It’s not just him dumping.  It’s other people from other areas,” said board of directors member Kelly Crane.

Residents expressed other concerns about emergency access on Campground Road for ambulances and firefighting equipment.

According to county tax records, the property, whose address is listed as 1306 Campground Road, is owned by Ashbel Ross Jr.

Supervisors are limited to seeking legal action against the property owner as they lack legal power to order a property owner how to maintain their own property, township solicitor Michael Briechle explained.

“This township, nor I, have the authority to tell somebody what to do on their own property,” Briechle explained.  Supervisors can, however, authorize legal action taken against the owner or refer the matter to the district attorney’s office, the solicitor explained.

Briechle did not specify what his next step would be except to say that his office would next start looking more deeply into the situation and begin to gather witnesses.  Any orders from a judge would depend on how quickly the court decided to hold a hearing.