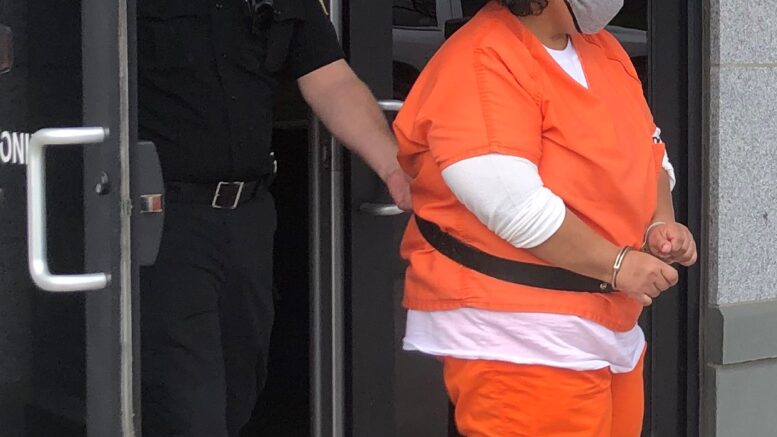 Lucy Pizarro is led from the Susquehanna County Courthouse on Wednesday, April 28, after being sentenced to 15-35 years for the July 2020 shooting death of her boyfriend Terence Whitmire at their Oakland Twp. residence. STAFF PHOTO/STACI WILSON 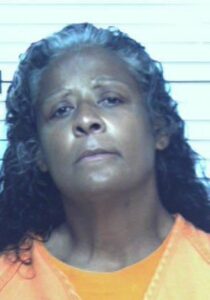 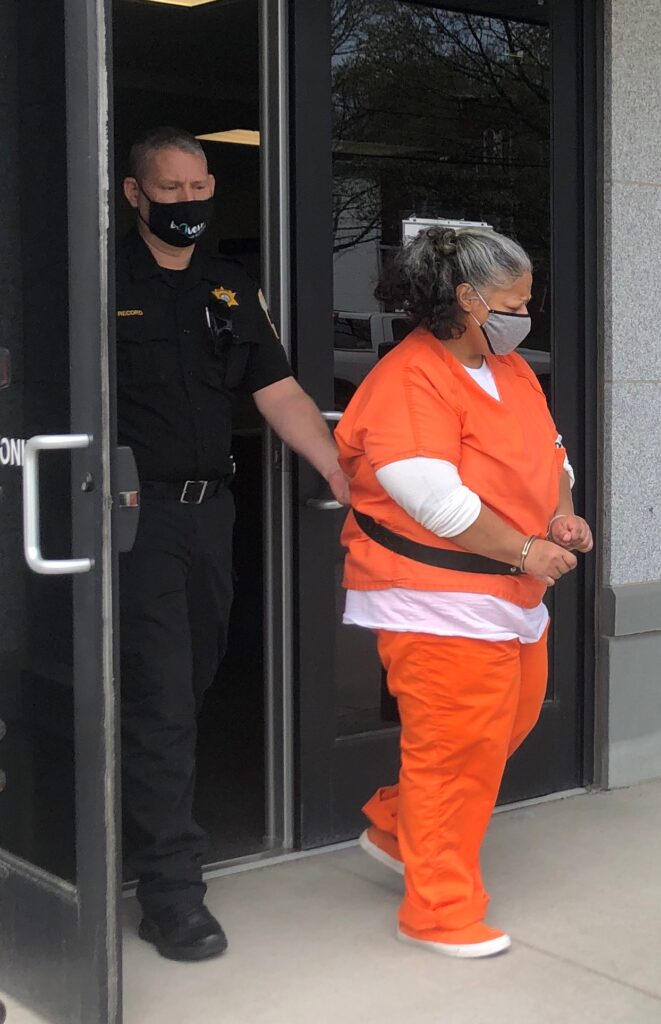 Lucy Pizarro is led from the Susquehanna County Courthouse on Wednesday, April 28, after being sentenced to 15-35 years for the July 2020 shooting death of her boyfriend Terence Whitmire at their Oakland Twp. residence. STAFF PHOTO/STACI WILSON

Dressed in orange prison-wear, a tearful Lucy Pizarro appeared for sentencing on Wednesday, April 28, on what would have been the 64th birthday of her boyfriend, who was also her victim.

According to information presented in court and in case filings, Pizarro, 53, shot Terrence Whitmire in the back of the head in the bedroom of the Turnpike Street residence the couple shared. Pennsylvania State Police on the scene the night of the shooting observed a silver pistol lying on the foot of the bed and an AR rifle lying along the side of the bed.

On the night of the shooting, Pizarro met police on the front porch of the home and holding a silver pistol but put it down when police ordered her to do so, according to the affidavit filed when charges were lodged against her last year.

In court last week, Pizarro visibly wept while offering an apology. She said there was not a way to say how sorry she was and said she was “truly sorry for their (the Whitmire family’s) loss.”

“We planned to grow old together,” Pizarro said. “After everything that happened, he will always be the love of my life.”

She said the couple experienced “extreme stalking and harassment” from neighbors, a point Susquehanna County Public Defender Linda LaBarbera also mentioned, but neither elaborated on those details.

LaBarbera said Pizarro and Whitmire both slept with loaded guns by their bed, knives were kept throughout the home. “They felt harassed by neighbors,” she told the court. She also noted extensive journals that Pizarro kept which tallied instances of harassment.

LaBarbera also said that Pizarro was abused mentally by Whitmire and her isolation was enhanced by the pandemic. She told the court that Pizarro never left the house without Whitmire.

She said her client was “truly sorry” about the incident and that she both “loved and feared” Whitmire at the same time.

The defense attorney noted that Pizarro has received multiple mental health diagnosis. “She lived an isolated life. There was no one to help her. It was a perfect storm for disaster.”

The victim’s brother, Leonard Whitmire took the stand and asked the judge to impose the maximum sentence of 20-40 years. “He deserved better than to have his life ended by someone he trusted,” he told the court.

Statements from other Whitmire family members were presented to Judge Legg to review prior to sentencing.

District Attorney Marion O’Malley reminded the court that Pizarro offered several different versions of the incident to police before admitting she shot Whitmire.

She said Whitmire was lying in bed in a state of repose, facing away from the room’s only entryway. “We don’t know if he was asleep or not, but that was the position he was in when he was found by law enforcement,” she said.

She said that there had been no physical signs that Pizarro was the victim of abuse, and that there were no accounts of abuse by Whitmire.

“(Whitmire) had no idea what was coming,” the DA argued. “He was shot in the back of the head and then he was gone.”

Judge Legg said that there was really no explanation for the murder, and that he would not speculate on a reason, but added that mental health played a role in the case.

He noted that with Pizarro’s age, “any sentence will most likely be a life sentence.”