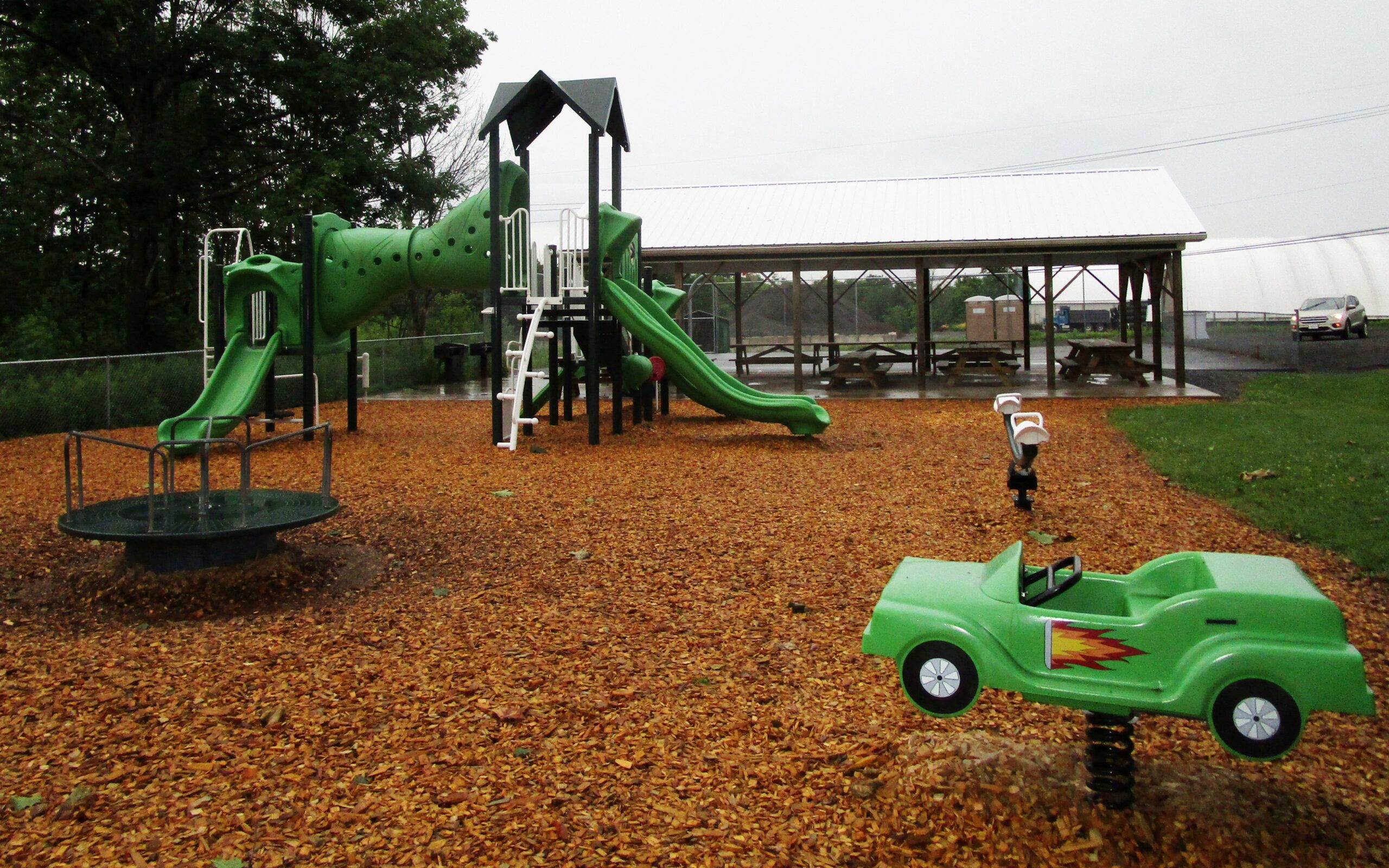 The playground, pavilion and basketball court at the Auburn Township building was quiet while it was raining, but it can become a busy place on a nice day. It is a prime example of how township residents have directly benefited from impact fees collected by the state from natural gas companies working in the area.

A little more than a decade ago, Auburn Township was one of many struggling rural municipalities trying to make ends meet with a shrinking tax base and more than 70 miles of township roads to maintain. While the onset of the natural gas industry was assisting some landowners through land-use leases and royalties, water tankers and other heavy equipment were causing extensive damage to roads.

Several gas companies stepped up and started working more closely with township officials to repair and replace the roads they used, but they couldn’t cover all of the costs, and widespread flooding throughout the county in 2011 took an even greater toll on rural infrastructure.

“We were poor, and we’re a big township,” said Auburn township supervisor and roadmaster Dan Trivett. “Our newest piece of equipment was a 1998 dump truck.”

State legislators passed Act 13 in 2012 to both improve environmental standards and authorized local governments to adopt an Impact Fee to offset the costs they were incurring as a result of gas drilling and transportation. The amounts paid by operators reflected the number of active wells, which has fluctuated over the years. But the more than $2 billion generated statewide through Act 13 over the past eight years has been a godsend to rural municipalities.

This year, Auburn Township received the third largest amount of money in the state at $660,581. Also in the top 10 receiving municipalities is New Milford Township at $646,460, and Springville Township at $511,141.

Susquehanna County was second highest receiving county in the state, with $4,048,393, not far behind Washington County at $4.4 million and just ahead of neighboring Bradford County at $3.3 million. Cabot Oil & Gas Corporation, which operates wholly within Susquehanna County, is Auburn’s largest producer of natural gas, but Chesapeake and Equinor also operate in the township.

Prior to Act 13, when any apparatus was deemed beyond repair, the supervisors would look for the best deal they could get on a used piece of equipment. With the funding, Auburn Township was poised to replace its aging fleet and started with the purchase of a new Freightliner SD 108 dump truck. In 2014, they acquired a new CASE rubber tire Wheel Loader.

“Our loader before that was a 1974 John Deere, half the size and three times as slow,” Trivett recalled with a laugh. Three new snowplows were purchased in subsequent years. Auburn Township has worked closely with Medico Industries to find the right equipment. “They were there for us before we had any money,” Trivett remarked.

In addition to purchasing new equipment, the township installed a new playground in 2014, followed by a pavilion and a basketball court. By far, Trivett noted, the recreational components are the public’s most direct connection to Act 13. “There’s always someone there,” he stated. “It’s probably the most used thing that we’ve invested impact fees in.”

The supervisors also use the impact fee to make donations to the five fire departments that serve Auburn Township.

But residents are also aware that Act 13 money has brought them better roads. “The township’s people know us and see us working on the roads all the time. Almost every road has been improved,” said Trivett who, along with fellow supervisors Gilbert Oakes and Daniel Strohl, are out working on a project nearly every day. “It’s an impact fee, so we give it back to the township. We’ve put down more dust oil than ever before.”

The current focus in Auburn is the replacement of a bridge on Bunnell Road over Riley Creek, between state routes 3001 and 3011. The footings of the old bridge dated back to 1900, and the roadbed had been salvaged in the 1980s from a river bridge at Falls in Wyoming County when it was replaced. The rusting of that bridge deck resulted in its closure about a year ago.

“It’s a pretty heavily traveled road,” Trivett related. “A lot of people who don’t live on it use it as a short cut.”

All that new equipment came in handy for the project, and Trivett expects the bridge to be completed and the road reopened sometime in August. The old bridge is being replaced with an aluminum box culvert with full invert. It has been designed to accommodate a 500-year flood event, and the underpass will allow for a 30 percent increase in water flow.

“We had to do this anyway, but the impact fee is definitely a part of it,” he said. The township maintains a separate impact fee account and, now that the majority of the municipality’s heavy equipment has been replaced, Trivett explained, “We use it now mostly just to update the roads.”

Be the first to comment on "From roads to recreation, Auburn sees ‘impact’"