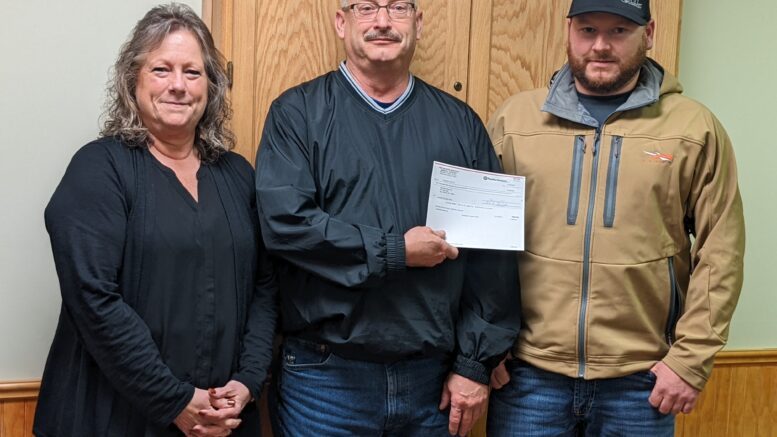 New Milford Council President Teri Gulick presents a check to Columbia Hose Company’s Tom Smith and Adam Bailey to be used toward the purchase of a Jaws of Life apparatus. STAFF PHOTO/STACI WILSON 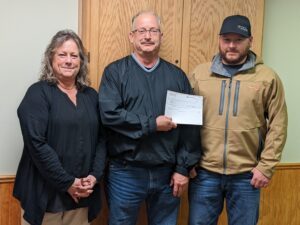 New Milford Council President Teri Gulick presents a check to Columbia Hose Company’s Tom Smith and Adam Bailey to be used toward the purchase of a Jaws of Life apparatus. STAFF PHOTO/STACI WILSON

An unfilled seat on New Milford Borough Council will head to the Susquehanna County Court of Common Pleas for appointment after the council and borough vacancy board failed to fill the position in the time allowed by Pennsylvania law.

The borough is looking to fill the seat vacated in June by former councilman Dan Totten. According to state statute, the council has 30 days to fill a vacancy. Should a council fail to appoint a person in that time, the matter gets turned over to the vacancy board who has 15 days to fill the seat. If the vacancy board fails to appoint someone, the board must petition the court of common pleas.

The borough’s vacancy board convened Thursday night, Dec. 16, following the regular council meeting to vote on recommendations – from two candidates who expressed interest – to fill the seat. The vacancy board is comprised of the council members, as well as one registered voter from the borough. However, the board failed to come to a consensus in its recommendation to the court, as a tie vote deadlocked the board.

Vacancy board chairman Rick Ainey said the borough received two letters of interest – one from current council president, Teri Gulick and one from borough resident Leslie Thomas. Gulick was elected in 2017 for a term ending at the end of this year. She did not seek re-election to the seat.

Councilman Don Button motioned that Thomas receive the board’s recommendation. He said she had been approached about filling the seat several months ago. Thomas did submit a letter of interest, according to the board.

Councilwoman Donna Cosmello argued that if Thomas was interested in taking a seat on council, “She should have attended borough meetings and she didn’t.”

Council members Kerin Welch, Don Button and Lawrence White voted to recommend to the court that Thomas be appointed, with council members Donna Cosmello and Simon Frailey, along with vacancy chair Ainey sounding “no” votes. The votes flipped with Gulick’s nomination for recommendation.

Ainey explained his vote, saying, “I think there is tension here. I voted ‘no’ to tie the vote. I’m all for the judge to do this no matter how it turns out.”

Prior to being elected as a county auditor, Ainey was a longtime member of the New Milford Borough Council. “I sat here for 30+ years,” Ainey said. “New Milford was heading in the right direction. I hope the camaraderie will continue with a little more effort.”

Councilman Lawrence White, who attended via telephone, said he felt like the council was divided and wanted to get back to working together. “We all do our best for the borough,” he said, adding there have been too many disagreements between members.