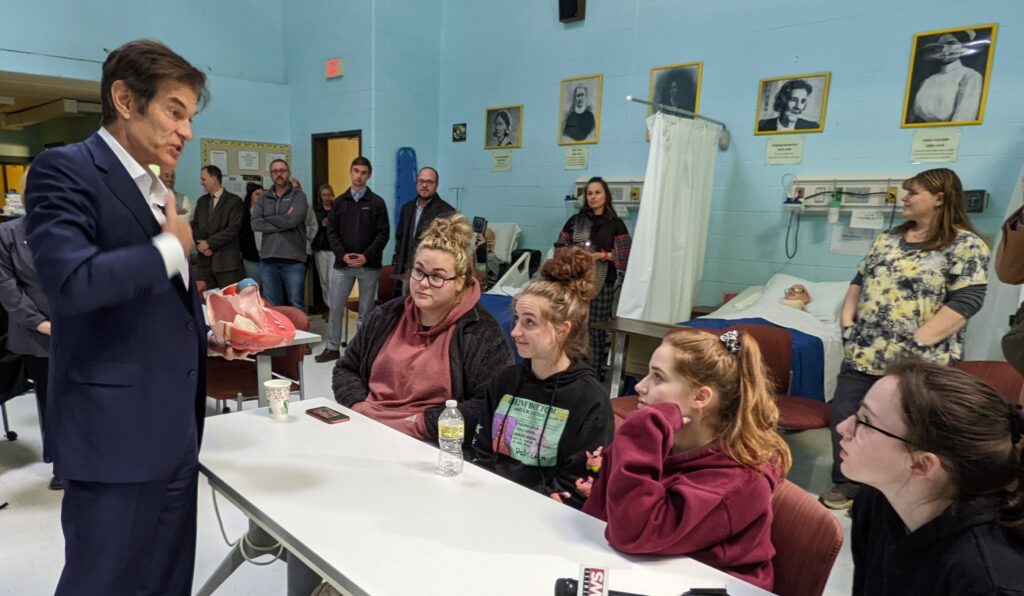 Dr. Mehmet Oz, a republican candidate for the U.S. Senate and cardiac surgeon led an impromptu talk about the heart during a nursing class in his visit Monday to the Susquehanna County Career and Technology Center, Dimock Twp. STAFF PHOTO/STACI WILSON

Dr. Oz, a heart surgeon, visited a practical nursing class, where he spotted a model of a heart then launched an impromptu lesson about heart function, valve leaks, and hidden symptoms that point to cardiac conditions.

Dr. Oz also spent time in the welding department and was even given the opportunity – once suited up into safety gear – to create his own weld, before heading on to see the CDL center. Later in the day, Dr. Oz visited the Lackawanna College School of Petroleum and Gas in Tunkhannock, as well as a Coterra Energy well site in Springville.

SCCTC Executive Director Alice Davis provided the candidate with an overview of other courses offered at the vo-tech and included a sampler of breakfast pastries from the culinary arts department. 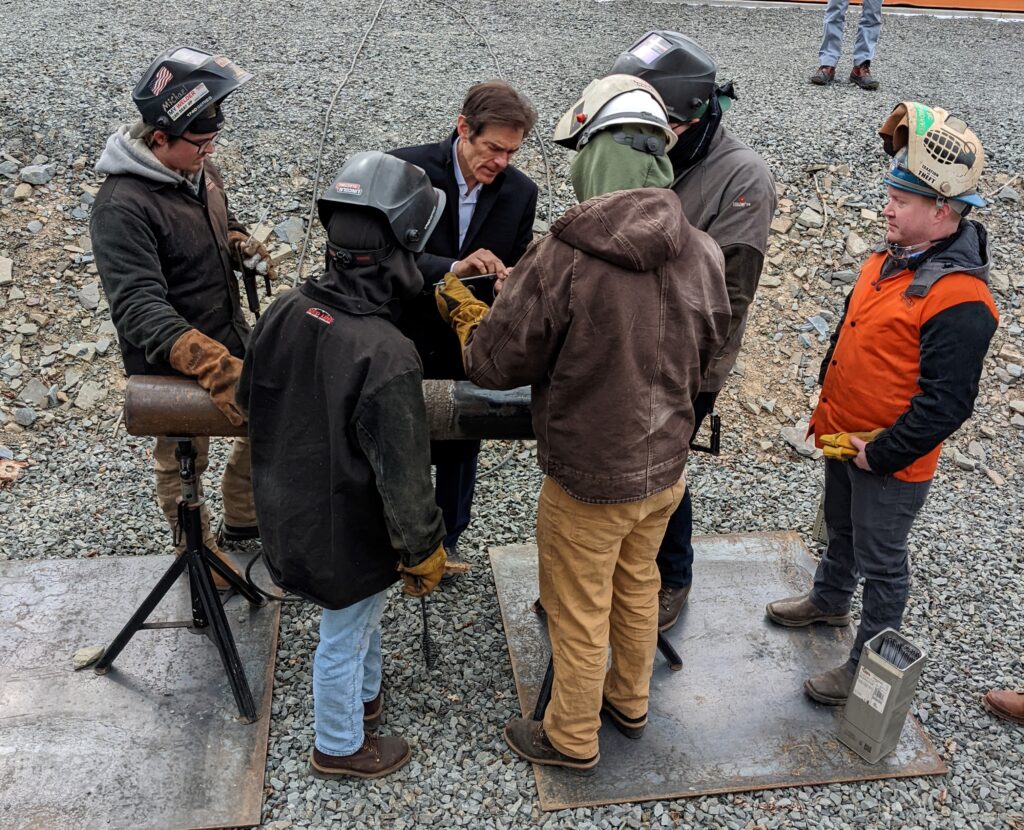 “It’s remarkable to get young energetic folks passionate about learning. They realize there is other ways of learning other than going to a four-year college,” Dr. Oz said.

He also noted that, on the campaign trail, every company has told him about a shortage of workers. “We shouldn’t be short workers,” he said.

The future of this country is getting ninth and tenth graders to think about their lives very differently and this building is doing that. It’s not just a school, it’s a place where you get seven different schools recommend their kids to come in here and change lives for the better.

Dr. Oz also said he believes natural gas drilling is an imperative in the country. “We shouldn’t just be energy independent, we should be energy dominant,” he said.

“The Green New Deal is a lie. It doesn’t work. This is not a policy or politics, just scientifically it’s not achievable,” added Dr. Oz.

Be the first to comment on "Senate candidate, TV doc visits SCCTC"