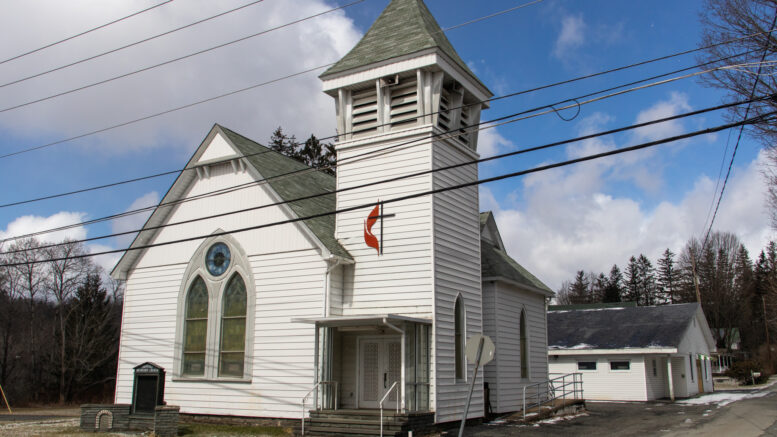 The Union Dale UMC will be auctioned off on May 14. 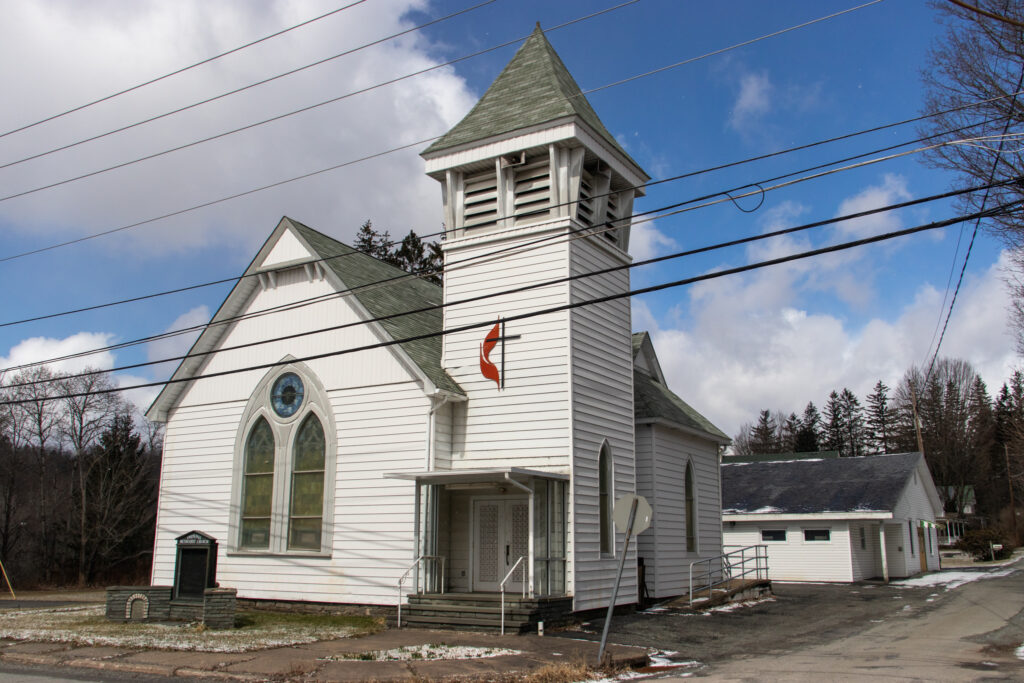 The Union Dale UMC will be auctioned off on May 14.

The old adage that “that the Lord puts where you need to be” has resulted in an intersection of a Williamsport realtor and a Susquehanna County church.

On Saturday, May 14, Michael T. Roan Real Estate will auction off the Union Dale United Methodist Church building and its banquet hall at 2 p.m.

Due to declining membership and an inability to maintain the costs associated the church has closed and the building is being sold. The Susquehanna Conference of United Methodist Churches hired Roan to sell the Uniondale Church.

This will be the tenth church that Roan has auctioned off. He has been in the real estate business since 1980 and focused on land, farms, and commercial properties when he was approached about selling a Tioga County church in 2019.

“They approached me about selling a church and we took it on,” explained Roan. “I guess they were happy, they keep asking me back.”

Roan said that several people have expressed interest in the Union Dale church and generally people who are looking to be entrepreneurial are the people looking to invest in such properties.

“A lot depends on where the church is located,” said Roan. “There are few zoning laws in the county and that makes the possibilities for interested buyers much easier.”

Roan explained that churches in areas zoned residential limit how the building can be used. But buildings in areas without zoning are appealing to a variety of people.

“I had one church that the buyers turned into a wedding event venue,” said Roan. “Another was bought by a theater group that used the church to put on their performances and facilities allowed them to expand to dinner theater.”

Roan will auction the church off with its included contents explaining that the buyer will sell any pews or equipment if they desire.

This is not Roan’s first foray in the area. He auctioned off a church in White’s Valley in nearby Wayne County in July 2020.

Details and photos on the upcoming Uniondale auction can be found at www.roanrealestate.com.

Be the first to comment on "Auctioneer takes on selling churches"