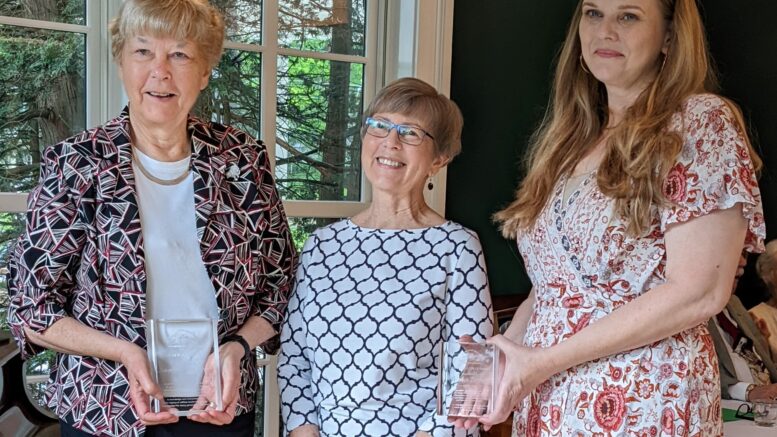 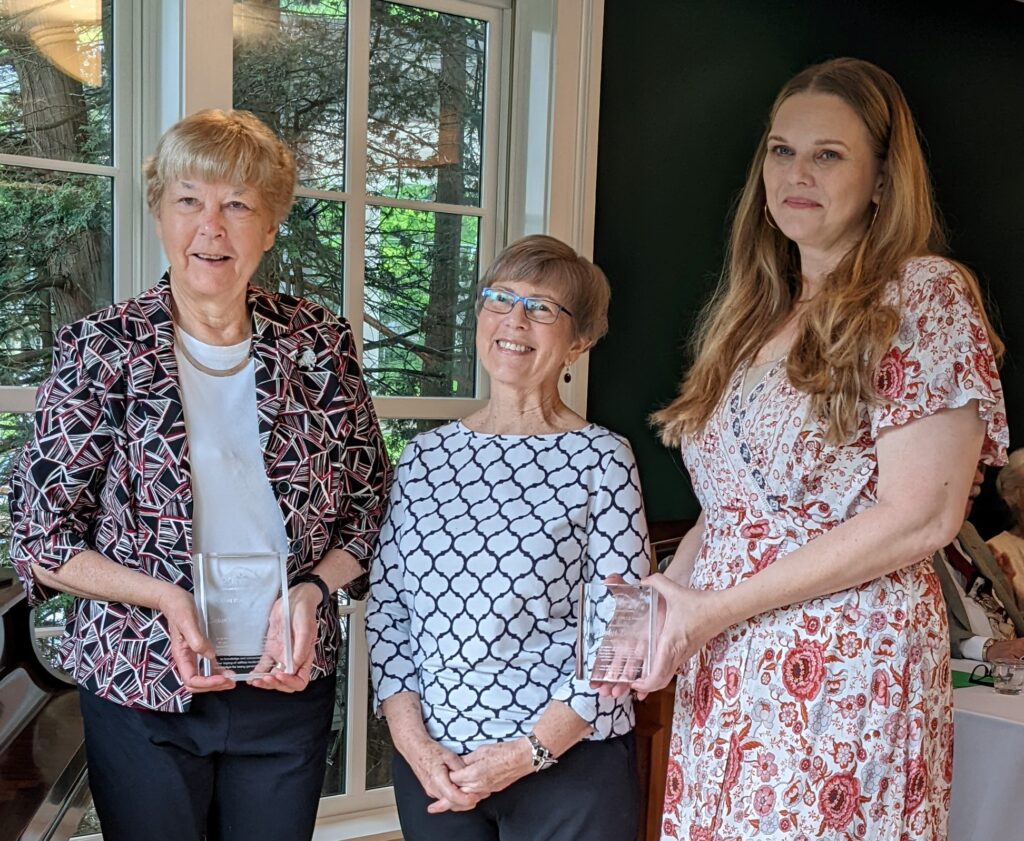 The Community Foundation of the Endless Mountains opened its doors on Sunday afternoon for its first in-person event in over two years in celebration of the Susan Olszewski Stone Honorary Endowment benefitting the Susquehanna County Historical Society and Free Library Association.

An anonymous donor pledged to match up to $250,000 of donations – a mark reached at the end of last year. The perpetual endowment aims to offset the operating costs of the library and historical society, as well as provide support into the future.

On Sunday, Susan Stone was presented with the first ever Catalyst Award by longtime friend, Connie Page.

Page spoke about Stone’s 40-plus years of contributions to the county library, including an initiative to begin children’s programs. “With no budget, she began fundraising,” Page said. Book sales evolved into the annual Blueberry Festival.

Page said Stone was more than a librarian and the title of “administrator” was bestowed upon her as she created disaster plans and personnel policies and oversaw the construction of the new library in Montrose.

On accepting the award, Stone said, “It’s a place I love, a place that has my heart.”

Gladys Bennett was also recognized on Sunday for her leadership gift to the endowment with the Librarian’s Circle award.

Bennett said, “I am humbled to give back a small portion of what I received (from the library).” She noted that the library and Blueberry Festival were a “huge part of my life.”

Current SCHS&FLA Librarian/Administrator Chris Ely expressed her gratitude to the funds donors and said their gifts were already bearing fruit. The Montrose library has expanded its hours and is now open on Fridays.

“This is just the beginning,” Ely said. “As the fund grows, so will our ability to make programs happen. This will set us up for success in the future.”

A donor has pledged an additional $150,000 in matching funds, Clayton announced.

For more information about library hours and programs, visit their website at www.susqcolibrary.org.

Information on the Susan Olszewski Stone Honorary Endowment can be found at www.suestonefund.com.

Be the first to comment on "Stone honored with ‘Catalyst Award’"