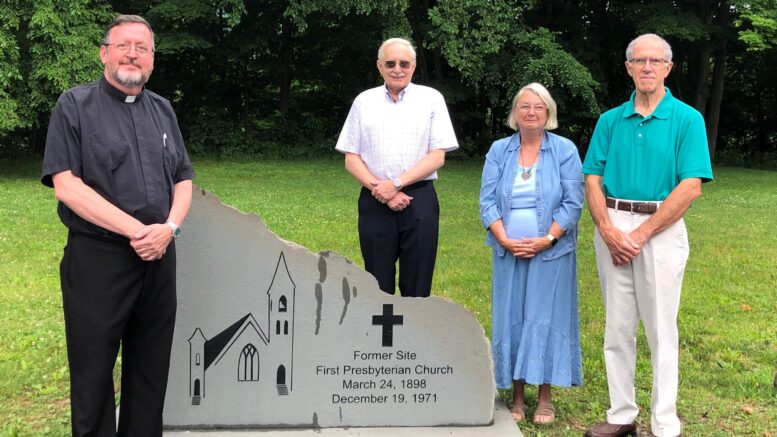 A marker has been installed, noting the former site of the First Presbyterian Church of Susquehanna. The church was located next to St. John’s Catholic Church. From left: Ftr. Dave Cramer, Pat Ahearn, Bette Rae and Jim Bucci. STAFF PHOTO/STACI WILSON 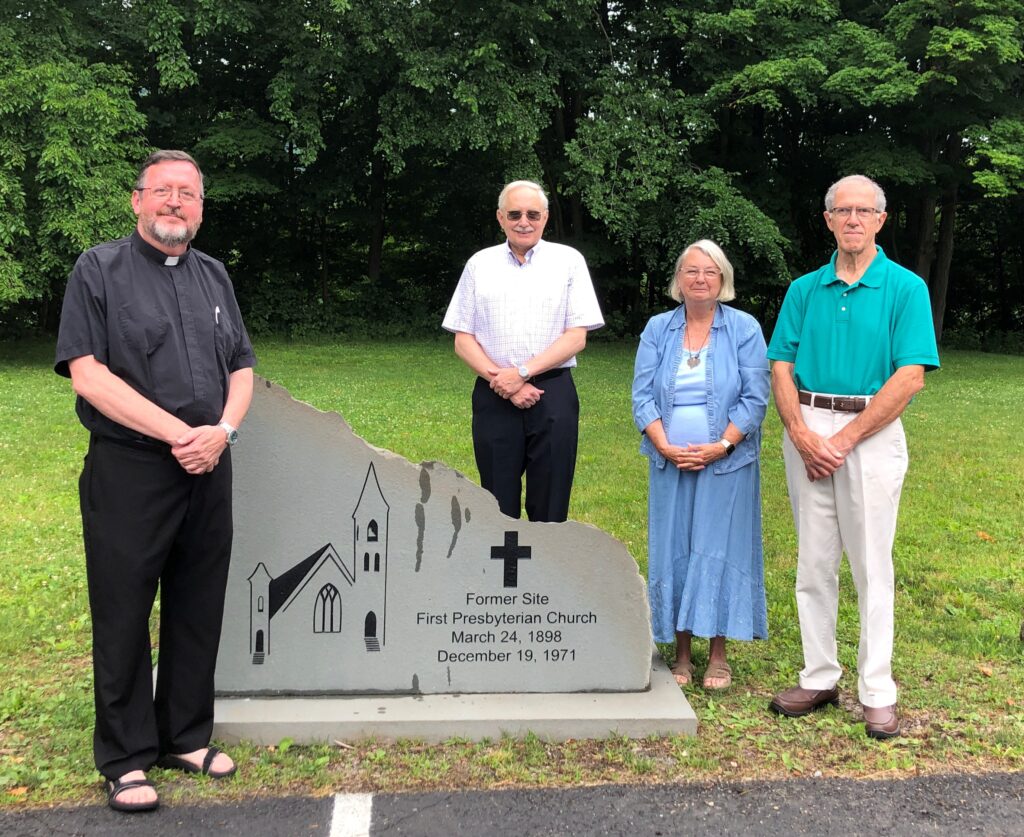 A marker has been installed, noting the former site of the First Presbyterian Church of Susquehanna. The church was located next to St. John’s Catholic Church. From left: Ftr. Dave Cramer, Pat Ahearn, Bette Rae and Jim Bucci. STAFF PHOTO/STACI WILSON

Although fire destroyed the Presbyterian Church in Susquehanna in the 1970s, the former church site has been commemorated with a marker.

The Presbyterian Church was located next to St. John’s Catholic Church, which now owns the property. With the approval of St. John’s – and help from the community – a marker has been installed. Ftr. David Cramer, of the Most Holy Trinity Parish, offered a blessing of the marker in late June.

“We wanted to do something to let people know what was here,” said Jim Bucci, who was part of the effort to have the marker installed. The St. John’s Men’s Club, with members also coming from the St. Martin’s and St. Lawrence parishes and from the general community, worked on the project.

“After the fire, the still-viable congregation merged with the Lanesboro church,” Bucci said.

The cornerstone of the initial First Presbyterian Church of Susquehanna was laid in 1851, after the completion of the Erie Shops and Starrucca Viaduct as the town began to grow. In 1897, it was decided a new church should be built to accommodate growth, and that cornerstone was laid that year. The old church was purchased by the catholic congregation and moved on rollers across the street.

The Presbyterian Church was designed of brick and stone and was to have a seating capacity of not less than 500. It was dedicated in March 1898. In 1928, a large pipe organ was installed.

The site was donated by J. Harvey Smith to be used jointly for the Presbyterian and Catholic churches.

The fire that destroyed the Presbyterian Church in 1971 had been burning for several hours before it was discovered, according to news reports published at the time. The cause of the blaze was unknown.

The front of the church had been adorned by a magnificent stained-glass window, remembered Bette Rae Bucci.

The window was 20-feet high and fell forward in the fire; the pipe organ was destroyed and the steel rood collapsed, according to the news reports.

Butch Coleman of Endless Mountain Stone was thanked for his work on the marker, as were others who contributed to its installation.