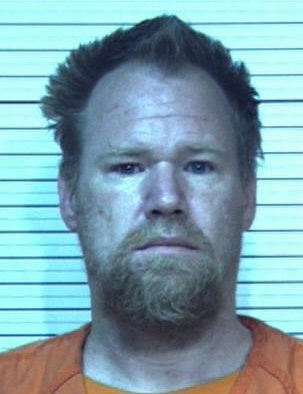 A man arrested on July 4 and released on unsecured bail after a domestic incident in Great Bend Twp. ended up behind bars the following day and facing a new set of charges.

According to the affidavit of probable cause filed by police James B. Mitchell, 43, of Hallstead, was driving on Route 11 when he saw the male victim sitting on a curb at about 6:15 p.m. Mitchell allegedly slammed on his brakes, exited the vehicle and attempted to punch the victim but missed.

A fight ensued in the Great Bend Exxon parking lot and the victim sustained injuries but refused medical treatment. Mitchell fled the scene prior to police arrival.

Police located Mitchell at his residence and noted in the affidavit that his knuckles were bloody. Mitchell also admitted to his involvement in the fight.

He was arraigned on simple assault and harassment charges on Wednesday night at about 9:30 p.m. by Magisterial District Judge Suzanne Brainard and released on unsecured bail and told not to have contact with the victim.

But just after 4 p.m. on Thursday, July 5, Mitchell found himself back in front of the judge facing a new set of charges.

Pennsylvania State Police were dispatched back to Mitchell’s residence at 9:40 a.m. after it was reported he was in the driveway pointing a rifle at his head. Mitchell left the scene while police were en route to the incident.

According to the affidavit, Mitchell had dropped a bag of methamphetamine in the driveway prior to leaving the scene and then planned to return to the home.

Pennsylvania State Police located Mitchell’s vehicle traveling south on Route 11 and attempted to pull him over. Mitchell, however, failed to stop and continued traveling south for about one mile before coming to a stop in Hallstead Borough. He was then taken into custody.

Police conducted a search of Mitchell’s vehicle and located a Marlin Firearms Co. 30-30 lever action rifle located in a black gun case on the rear seat of the vehicle. A live bullet was also found in the tube of the weapon, and two more bullets were located on the floor of the vehicle near the driver’s seat.

Police also discovered a clear hypodermic needle and a metal spoon hidden inside an insulated mug.

According to the affidavit, Mitchell is not allowed to possess a firearm.

Police conducted field sobriety tests on Mitchell and observed signs of impairment. He was transported to Barnes Kasson Hospital where he submitted to a blood chemical test.

Police also returned to the residence and conducted interviews. A witness reported Mitchell had pulled into the driveway when she approached him and observed a long gun placed between his legs and under his chin.

A preliminary hearing in New Milford District Court was scheduled to be held on July 16. Mitchell is being held on $100,000 bail for the July 5 charges; and the July 4 bail was revoked following his second arrest.