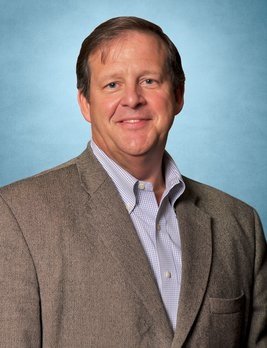 Marcellus Shale Coalition President Dave Spigelmyer made a swing through the natural gas region in the northern tier last week to discuss the industry, the governor’s proposed severance tax and pipeline construction.

Spigelmyer said drilling activity has ramped up this year with Cabot Oil & Gas Corp., Houston, Texas, increasing output from 2 billion cubit feet per day (Bcf/D) to 3 Bcf/D. For comparison, 1 Bcf of natural gas can generate enough energy to provide electricity to over 24,000 homes for a year.

Once the Atlantic Sunrise pipeline project goes live, Cabot spokesman George Stark said the company will need to supply it with 1 Bcf/D, “a sizable increase.” Other projects – like the Lackawanna Energy Center and Moxie Freedom power plants will provide incremental additional growth.

It’s now readily available for clean-burning power generation, he said. It also can serve as the backup energy for wind and solar. According to Spigelmyer, the low cost and abundant supply also creates an increase in opportunities to grow manufacturing the state.

A main focus of the Marcellus Shale Coalition is public education and workforce development, Spigelmyer said. He noted that the current ShaleNET natural gas career training and educational programs was a direct offshoot of the “Fit 4 Natural Gas” program piloted in 2010 at the Susquehanna County Career and Technology Center.

Currently, about seven out of every 10 workers employed in the Marcellus Shale region are from Pennsylvania. Susquehanna County has less than the state average of people on unemployment.

Spigelmyer also pushed back against the governor’s call to institute a severance tax on natural gas drillers. Since the Act 13 Impact Fee was put into place, the state has received about $90 million in Impact fee revenue to the general fund. Statewide, all 67 counties – even those without drilling activity – receive funding through the programs financed by the Marcellus Shale Legacy fund.

Spigelmyer said the state’s pension crisis should not “be laid on the back” of the gas industry.

Neighboring states Ohio and West Virginia both have a severance tax, but the Impact Fee has generated more revenue than those states combined. “Our version collectively beat those,” Spigelmyer said. “It’s callous (of the governor) to make the statement that companies do not pay their fair share.”

He also pushed back against the governor’s assertion that drilling companies would remain in the state if the additional tax was invoked. “Companies have left Pennsylvania and loss their employees,” he said.

The policies matter, he offered. “If the state is not an attractive place to invest, we lose the benefit of jobs and the real benefits downstream and areas gas is used,” he said.

With the development of the Marcellus, state utility rates and the cost of power generation have dropped. “The benefit to consumer is an average of $1,200 per year,” Spigelmyer noted.