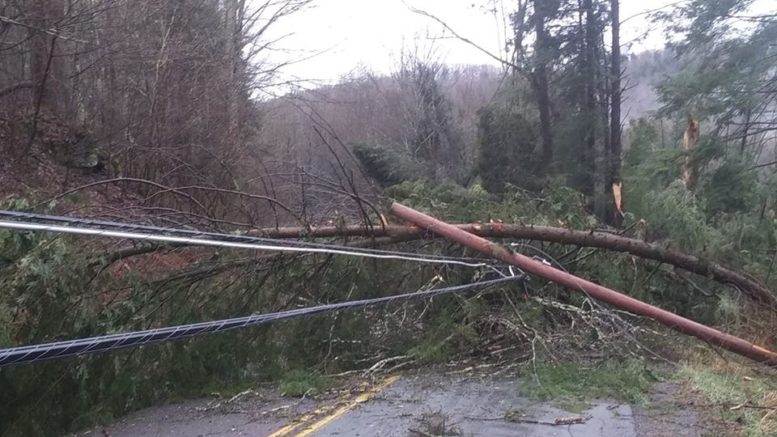 A survey team from the US National Weather Service – Binghamton confirmed that an EF1 tornado touched down in Harford Township in the early morning hours of Monday, April 15.

According to a preliminary report issued by NWS-Binghamton on Monday evening, the tornado hit the area around 1:50 a.m. with winds speeds of approximately 90 mph and path that was about 150 yards wide and it traveled about 2.35 miles.

The tornado lifted over Interstate 81, but touched down again on Upper and Lower Poduck roads where more trees and wires were downed. It lifted again near Pennay Hill Road.

The NWS survey team was assisted by the Susquehanna County Emergency Management  office, local residents and the Thompson Hose Company.

Tornadoes are measured using the Enhanced Fujita (EF) scale and categorized in levels ranging from EF0 to EF5. An EF1 tornado is one of the lowest in the range, with wind speeds ranging from 86 to 110 mph.

The winds from the storm system that passed through the county also brought down trees and wires, knocking out power and closing roads in other areas. Fire departments and emergency crews worked to open roads and restore power.

Be the first to comment on "Tornado touches down in Harford"