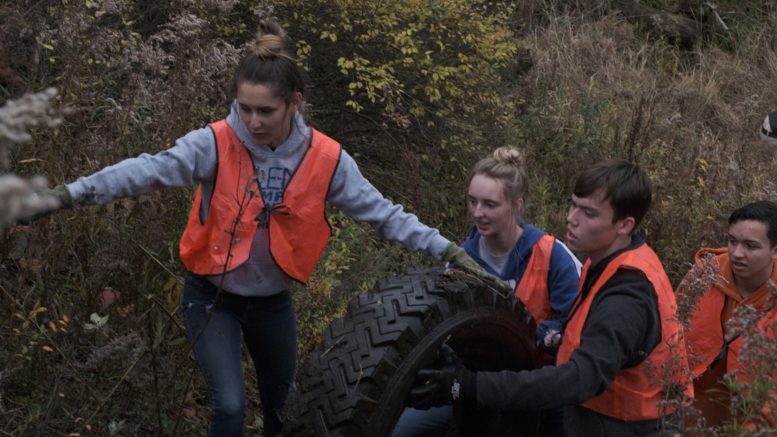 About 13 tons of tires were removed from a wetlands area in New Milford last week in a clean-up effort that brought together students, businesses and agencies.

Last Tuesday, PEC and the students were aided in their wetlands work by volunteers from DTE Energy. DTE Energy also funded the project. 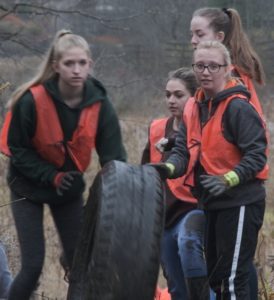 Miller said the workers pulled out 350 tires from the area.

Orion Strategies Brittany Ramos said, “It really is a wetlands area. The students just really embraced it. It’s obvious they do care about the area.”

Ramos, who was also on the scene last week, said, “When I first saw the location I could maybe see 10 to 15 tires.” She added that she was amazed that upon closer inspection the number that had been discarded in the area.

The students waded into the less deep areas and pulled out what they could by hand. DTE Energy volunteers handled the deeper area where equipment was needed to pull the tires.

Miller said that while the area is no longer believed to be an active dumpsite, cleaning up the site is important.

“It’s important because of West Nile Virus and to address contamination of the waterways,” Miller said.

The cleaned up wetlands will “provide a better environment for wildlife,” she added.

Combining last year’s work with this year’s, Miller estimates around 15 tons of tires have been removed from the site.