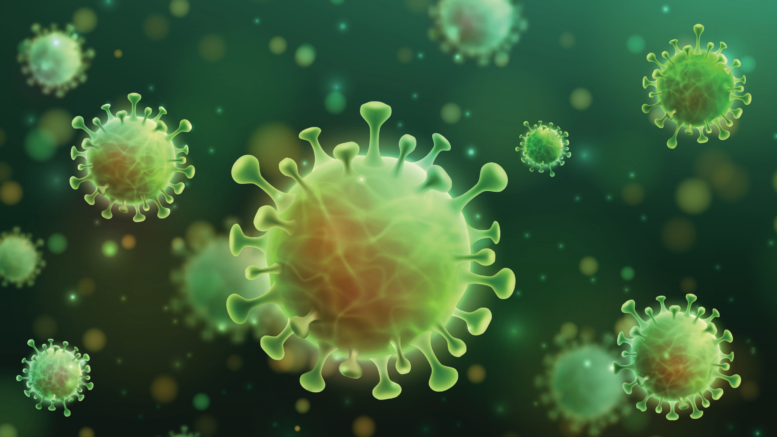 The owner of a Susquehanna County race track, who came under fire last month for holding races in defiance of Gov. Wolf’s ban on public gatherings, continues to defend his actions and says his track has not contributed to the county’s recent upward spike in COVID-19 cases blamed for preventing the county from reopening.

Gary Folk Sr., the promoter of Susquehanna’s Penn Can Speedway acknowledged that he has been cited twice for opening against the wishes of the governor but said that he has no intentions of closing as his track is following recommended virus protection methods and practicing common sense.

“We followed everything that needed to be followed,” Folk said.

The CEO of the largest health care facility near the track says that a recent surge in COVID-19 positive cases in a local nursing home drove up the county’s numbers and warned that even those who are asymptomatic, or not showing symptoms, may be unaware that they could also still be passing along the virus.

“Despite all best efforts of being locked down and precautions in place, COVID has spread quickly in the facility.  We now have several residents and staff positive, several which are completely asymptomatic,” said Barnes-Kasson Hospital CEO Sara F. Ardonato.

Penn Can’s Folk said that he does not plan to be bullied by the state and that he has an obligation to the 40 employees who rely on their jobs at the track for money.

“I have no intention of closing and I’m not going to close,” Folk, 75 and a Navy veteran of the Vietnam War, said in a recent telephone interview.

Penn Can, which recently celebrated 65 years of racing, opened late last month and began drawing hundreds to racing events at the dirt short track on Route 171 which features stock and modified car racing and can seat about 2,000.

The move drew critical online observations from some concerned that any large public gathering could unintentionally drive up the number of COVID-19 cases in the county and hinder the county’s chances at an eventual total reopening.  Susquehanna County officials earlier this month expected to graduate from its current state designated yellow or partially open phase to the green or full open phase but state officials cited the sudden increase in cases as a reason to keep it in yellow.

“If they want to blame me for not getting into yellow, so then blame me, but they’re not going to punish my racetrack,” Folk said. “I don’t know anybody except a big corporation who can go three or four months without anything coming in.”

Folk maintained the track followed recommended health guidelines, such as wearing of masks and frequent sanitizing to contain the virus but admitted to one notable exception. “Social distancing didn’t work as well,” he said. “I’m certainly not going to turn away people who come here to spend their money and support the drivers.”

Adornato, the Barnes Kasson CEO, which has a 58-bed skilled nursing facility in Susquehanna Depot, confirmed that the facility’s skilled nursing center experienced a recent upsurge in COVID-19 cases among residents and staff.  But Adornato said that she had no data connecting that increase to large public gatherings, such as the recent racing events at Penn Can.

Adornato explained that while she does not now have any hard data connecting the two, people may have no idea that they are COVID-19 carriers and unknowingly spreading the virus.

“Although I don’t have any specific data connecting these new cases with the large gatherings in the county, I can say I have now experienced several people that have been tested for basic confirmation that they do not have COVID who have been very surprised to receive a positive COVID test returned,” Adornato said in an e-mail.  “Some of those in the community with the virus honestly have no symptoms and would have had no idea or suspicion that they could be spreading it.  I don’t think people believe that is true until they actually experience it.”

Businesses such as Folk’s in the bordering counties of Wyoming, Bradford, Wayne and Lackawanna anxiously waited for the state’s decision whether they would move to the green or full opening phase June 12 with all but Lackawanna meeting all criteria. As of Sunday, Lackawanna county, which has a population of just over 200,000, had 1,476 COVID cases with 152 deaths.

Wayne and Wyoming counties moved to green June 12, leaving both Susquehanna and Lackawanna in yellow.

Susquehanna County Commissioners Elizabeth “Betsy” Arnold and Alan Hall wrote Wolf on June 9 to ask if he would create a special category for businesses struggling under the county’s yellow designation that forbids them from a full opening.

The commissioners noted that during the second to third week of March the county COVID-19 count jumped from 6 to 76 cases and that 56 of the 76 cases were from one nursing home.  From June 4 until June 8 the county saw 43 new cases, the letter also noted.

As of June 8, the county, which has a population of just over 40,000, has confirmed 148 cases with the addition of 6 possible cases for a total of 154.  But, as the letter noted, 102 of those are confirmed nursing home cases.  Of the 16 deaths the county suffered, commissioners told the governor, 15 were from nursing homes and the other died out of state.

“The numbers that are holding us back are related to the nursing homes and are isolated.  Yes, we do understand that the workers in these places do go home and go to other places, and that is a possible exposure.  But like you, we cannot control those few who have no regard for others but will continue to try and educate them on doing the right thing.”

Be the first to comment on "Health official: No data connecting virus surge to local track; warns of asymptomatic spread"