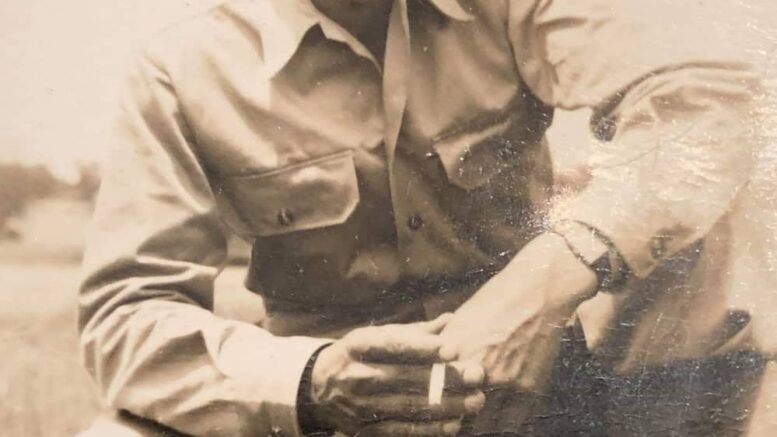 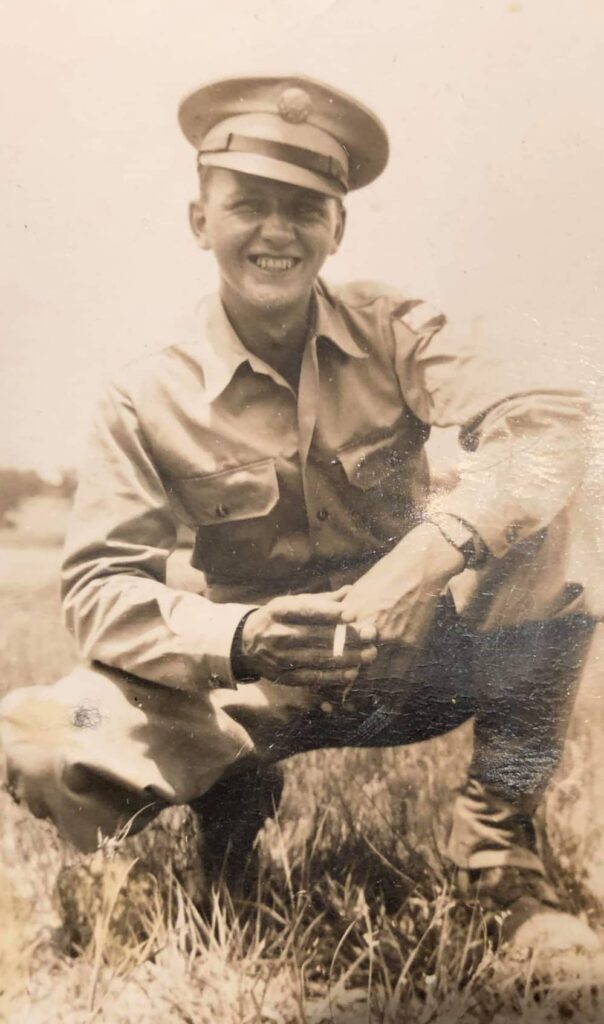 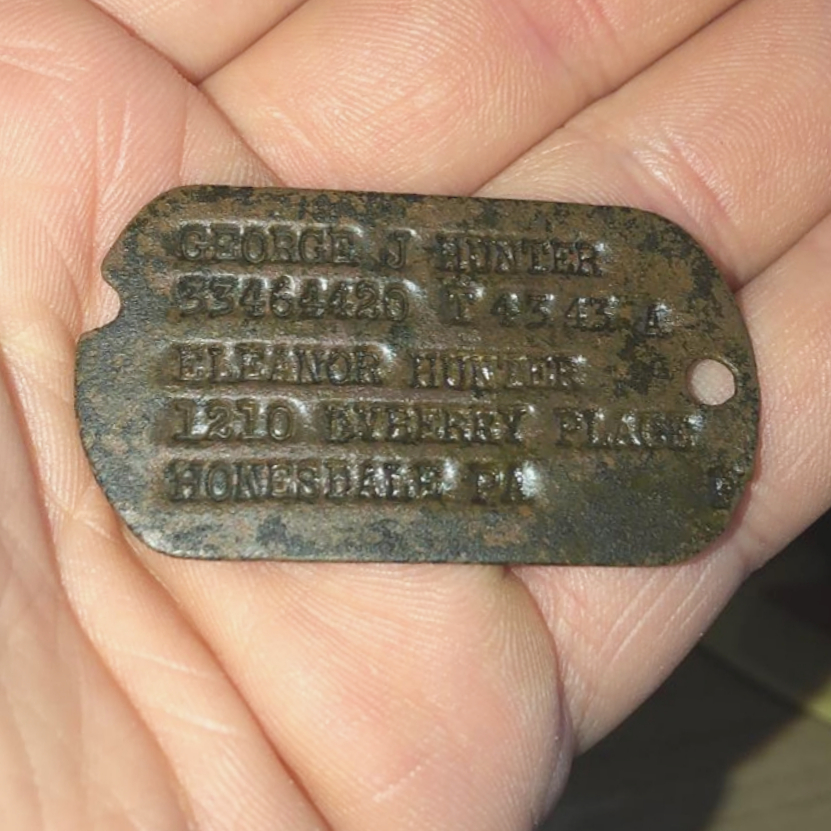 George Hunter served with the G Company 394 Infantry 99th Division in World War II and was awarded the Bronze Star for his service.

“Our father never talked much about the war,” said his son, Richard Hunter last week, as an identification tag belonging to his father and lost in Germany made its way back to the family.

Hunter, a Honesdale native, settled in Susquehanna County after the war and was the owner of the store in Harford for many years. He died in 1986.

Richard said one of the only stories his father told was of going out to use the bathroom and coming back with a German officer in his custody, and wondered if that was the story behind the Bronze Star.

Richard, with his sister Nancy and family members traveled to Oneonta, N.Y., last week – a halfway point between Susquehanna County and Albany, N.Y., where they met up with Iain Walker who delivered the lost tag to the family.

Walker volunteers and assists The Research Group for the Missing, headed in Germany by Uwe Benkel. Among other things, the group looks for missing aircraft and lost airmen from any country, as related to WW2, Walker said.

To date, the organization has helped locate over 150 aircraft and 50 missing airmen at the request of family members and loved ones. 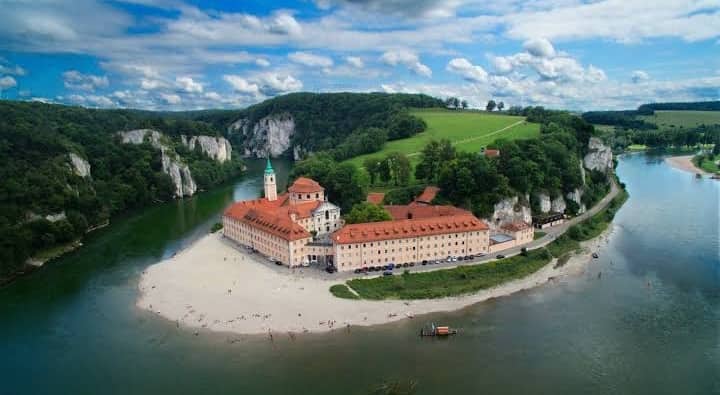 George Hunter’s WW2 ID tag found near this site in Germany was returned to his family last week.

Last April, Walker traveled to Germany where Benkel’s group helped him find the crash site of my late grandfather’s bomber. “We actually came home with parts of the plane.  He was the sole survivor. We also met an eyewitness of the crash and visited the hayloft where my grandfather hid the night before his capture after parachuting from the plane.  This was all due to the selfless efforts of Uwe Benkel,” Walker said.

In return, Walker has been asked to assist in returning two identification tags found in Germany. He recently returned one to a veteran in Las Vegas. The second tag he was asked to return was George Hunter’s. Walker’s children are assisting him with the projects and traveled with him last week to meet the Hunter family. He is now in the process of working to return a third tag to a family in Minnesota. 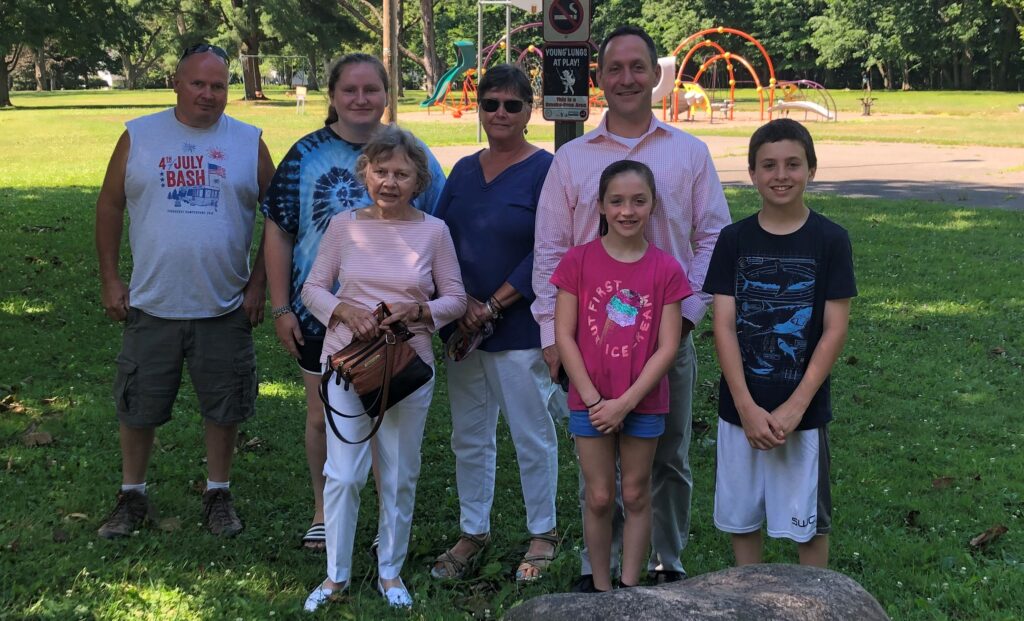 The late George Hunter’s family members met with Iain Walker and his children last week as the Walker family returned a World War 2 identification tag belonging to George that had been recovered in Germany. STAFF PHOTO/STACI WILSON