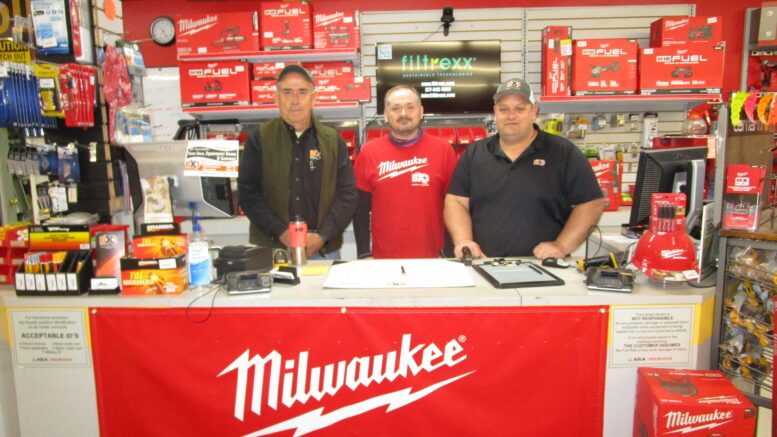 BX3 Supply & Rental owner Bill Kelley (left), assistant store manager Brian Welch (center) and general manager John Sprout invite the community to join them at their Montrose location this Saturday from 11 am to 1:30 pm to celebrate their 15th year in business at an open house event. PHOTO BY RICK HIDUK 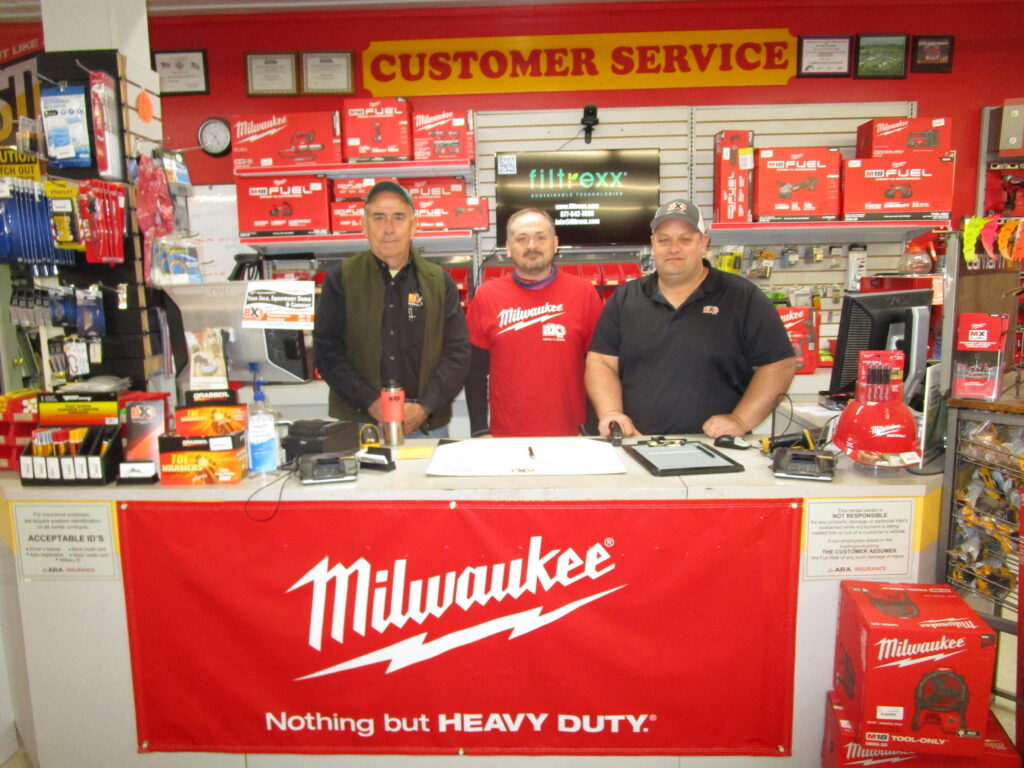 BX3 Supply & Rental owner Bill Kelley (left), assistant store manager Brian Welch (center) and general manager John Sprout invite the community to join them at their Montrose location this Saturday from 11 am to 1:30 pm to celebrate their 15th year in business at an open house event. PHOTO BY RICK HIDUK

BX3 Supply & Rental marked 15 years of operations in South Montrose in April. A public celebration will be held at the store at 16 Ellsworth Drive off Route 29 on Saturday, May 22. The family-friendly event will include a cookout, equipment demonstrations and a yard sale of overstocked merchandise. Prize drawings will be held every half hour, with the grand prize being a Milwaukee tool set.

BX3 opened as Taylor Rental in 2006, a father/son collaboration between Bill Kelley and his son Bill II. The younger Bill was looking to return to the area and brainstormed with his father as to what kind of business was needed in the area.

“We noticed that there were no rental companies around,” the senior Bill recalled. At the same time, there was an influx of people who were looking for more rural settings at a time when many farmers were willing to sell off some land. As the new homeowners sought to tame and make better use of their properties, the need for Bobcats, excavators, skid loaders and post diggers increased.

Father and son traveled to Chicago for guidance from True Value, which owned the Taylor Rental franchise. They purchased land along Route 29 and built the store, stocking it with inventory suggested by True Value. The business was off and running, providing equipment for both homeowners and small contractors.

Party supplies such as large tents, tables and chairs were also in demand, which triggered the formation of Endless Mountains Events. While the guys shared sales and administrative duties, their wives, Trish and Ann Marie, handled the book work.

Trish also owned PJ’s Bar & Grill in Montrose, a popular stop among the first gas workers to come to town around 2008. Bill enjoyed talking with them and learning what products they needed to establish sites and build gas pads such as light towers, excavators, and generators. The arrival of the natural gas industry also sparked an indirect change in the landscape that effected Taylor Rental.

“People stopped selling their properties,” Bill said of landowners now looking at the potential for leasing bonuses and gas royalties. Equipment rentals to homeowners were suddenly on pause, but it was obvious that the gas companies were here to stay. “BX Distribution came out of that need,” Bill explained.

Another lucrative section of the Marcellus shale lay under western Wyoming County, so the family opened a Taylor Rental center in Tunkhannock. A permanent location for Wyoming County was established in 2012 and now serves as the headquarters for BX3. During an early crest of local gas production, Taylor Rental employed 25 people full-time.

“One of the things that has worked the best for us is that we have a home-grown management team,” Bill stated, adding that he likes hiring local residents and “coaching them to success,” even if that means that they move on to other ventures. “We have a good group of people, and that’s what’s gotten us through.”

When the gas industry slowed for a bit, the Kelleys reassessed their businesses and made some changes. Staff was temporarily reduced, they opted out of their True Value contract and became an independent operation, and sold Endless Mountains Events to Kody Berg, who operates that business from Tunkhannock.

The younger Bill left to pursue other interests, and eight-year employee John Sprout – who initially drove trucks for the company and worked behind the counter – became the new general manager.

The changes also provided an opportunity for BX3 to focus again on the community. With some financial support from the gas industry, they worked with fire companies and other first responders to provide them with upgraded equipment that the struggling units might not otherwise have been able to purchase for themselves.

“We have better buying power than them trying to go out and get these things on their own,” John related. The same initiatives established credit for the first response outfits so they can purchase additional apparatus at cost when needed.

This year, BX3 contracted with Milwaukee Tool to bring in an expanding line of products for homeowners and small contractors to rent and purchase.

“Homeowners are still very important to us, and we want to continue that relationship,” said Bill. “If we don’t have what they need in stock, we have the contacts to find it.” BX3 focuses on equipment and supplies that are generally not found at traditional hardware stores.

According to John, one of the most popular rental items as of late is a drivable man lift, designed specifically for homeowners who are challenged with the removal of dead ash trees from their properties. At 36-inches wide, the four-wheel drive unit is narrow enough to fit through most gates and can safely elevate the user to a height of 35 feet.

At Saturday’s open house event, there will be a wide variety of products available at a discount, including former rental equipment. Moving the items out to the public via the yard sale will allow BX3 to freshen its inventory.

“We just want to thank everybody in the community for helping us succeed,” Bill stated, noting that the company is also hiring again. “There are good people out there. You just have to look harder to find them.”

Be the first to comment on "BX3 marks 15th year"