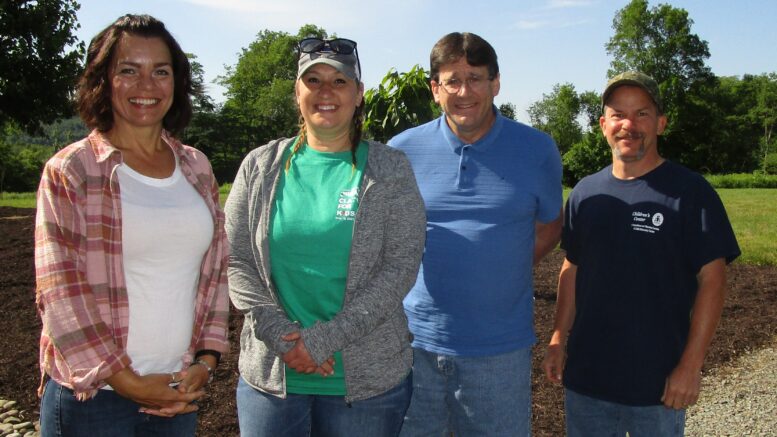 Members of The Winners, one of eight teams to participate in Breaking Clays for Kids on June 18 were, from left Sonja Griemsmann, Paula Marsico, Bernie Castel, and Tony Orlando. PHOTO BY RICK HIDUK 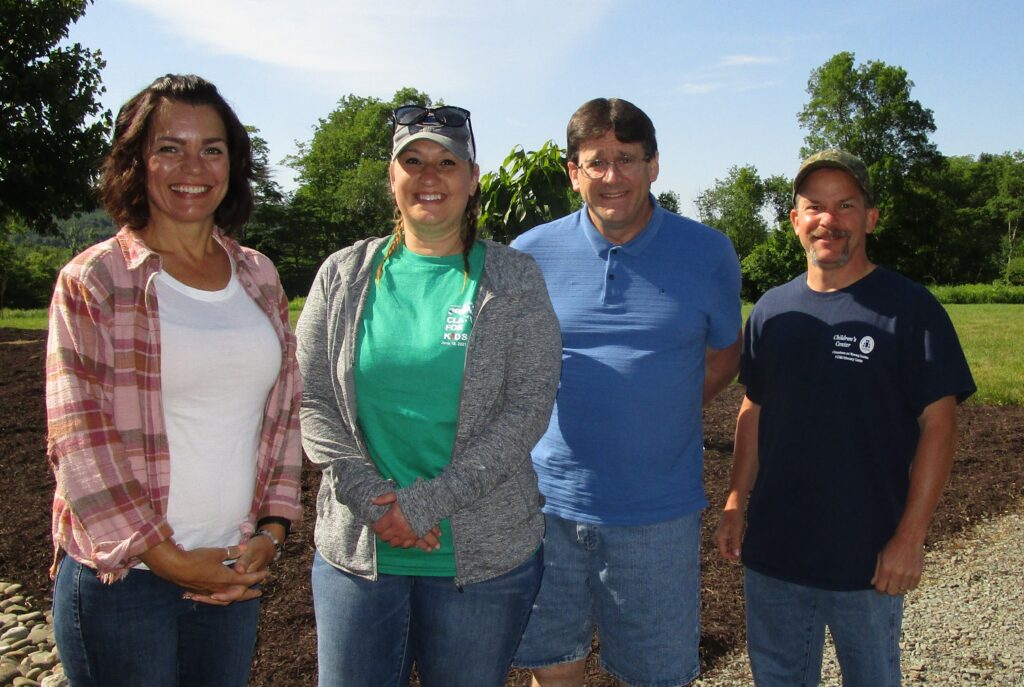 Members of The Winners, one of eight teams to participate in Breaking Clays for Kids on June 18 were, from left Sonja Griemsmann, Paula Marsico, Bernie Castel, and Tony Orlando. PHOTO BY RICK HIDUK

Brilliant sunshine met participants of this year’s Breaking Clays for Kids tournament as they arrived at Rock Mountain Sporting Clays near Springville on June 18. It was the sixth year for the fundraiser for the Children’s Advocacy Center (CAC), which serves Susquehanna and Wyoming counties.

“It’s wonderful to see all of the faces of the people who have supported us over the years,” said CAC program director Janine Fortney. “And it’s so good to be in-person this year.”

CAC trauma therapist Andrea Venesky offered opening remarks, and Rock Mountain owner Mike Koneski provided a safety lesson before explaining how the competition would proceed through the various shooting stations. Venesky is also one of the tournament’s top recruiters, bringing a number of family members, coworkers and friends to the event.

Shooters ranged from novices to experienced marksmen and, while they were largely participating for the fun of it, they took seriously the opportunity to help Family Services Association (FSA) of NEPA raise awareness of the CAC, where children who have been victimized or experienced traumatic situations can be interviewed and evaluated in a safe environment. CAC and FSA staff were among those on site, handling registrations, running raffles and distributing prizes.

“It’s a good cause, and it’s fun to be around people with similar interests,” Jim Husted of Montgomery County remarked. He participated for the first time three years ago and assembled a team this year that he jokingly called The Rotten Shots.

“We’re here to support the kids,” said Bill Healey, one of eight employees from Trion Industries of Wilkes-Barre, who noted that the company is a big supporter of charities like FSA. This year, Trion sponsored two teams.

Others teams went by whimsical names like Bird Nerds, Lead Posioning, and the Winners, the latter of which had the only two female competitors on it. Paula Marsico of Lake Ariel, who had shooting experience in the military, invited Sonja Griemsmann of Jermyn to join her.

“I wanted to do it last year but couldn’t because of COVID,” Griemsmann related. “I used to shoot clay pigeons for years when I was younger, but it’s been a long time.”

Rounding out their team were Bernie Castle of Wilkes-Barre and Tony Orlando of Swoyersville.  Griemsmann and Orlando work for FSA. Orlando is a hunter, but he’d never shot clay birds prior to this event.

In the end, Marsico and Griemsmann were indeed winners, sharing the prize for top-scoring females. High male shooter was Corey Sidorek. And top youth contender was Josh Castellani.

“We always have a great time doing the clay shoot, and we appreciate others that share the same feeling,” Venesky said after the event. “Each participant who comes to the clay shoot gains a little more information about what it is we do here at the CAC and the children and families we assist.”

Venesky wants the public to know that the services provided by CAC are free to all children and families who come through the doors. “I would also like people to know that child abuse occurs more often than we know and is prevalent in all communities,” she stated. “It has no bounds of race, ethnicity, gender or socioeconomic status.”