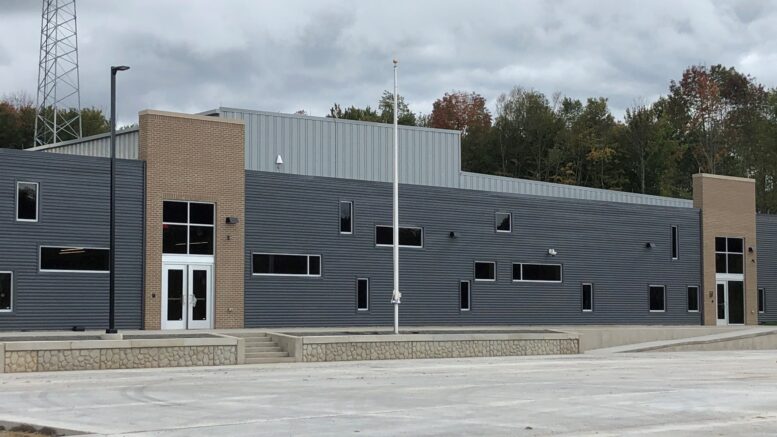 Commissioner Elizabeth Arnold announced the funding, via telephone, at the Dec. 8 meeting of the county commissioners.

Commissioner Alan Hall offered thanks to Sen. Lisa Baker and other legislators for their work to acquire the funding for the facility.

To date, the county has received $1.5 million in RACP funds for the construction of the building, which has cost over $20 million to build.

Hall noted the construction of the facility has been paid without utilizing local tax dollars and the county did not take out a loan for the project. Instead, the commissioners utilized Act 13 revenue, grants and RCAP to fund the construction.

The facility is a state-of-art multi-purpose building and will securely house a number of Susquehanna County operations, according to the RACP project description. Operations to be housed at the facility include the 911 center, emergency management, Magisterial District Court 34-3-02 (New Milford District Court), the Coroner’s office, and county law enforcement.

The public safety building will also provide for the continuation of government for the court system and all of county government.

In other business, the commissioners appointed the following people to serve on the Susquehanna County Conservation District board of directors for three-year terms, effective Jan. 1, 2022-Dec. 31, 2025.

Elizabeth Arnold was appointed to a one-year term as the commissioner director.

The commissioners will hold the final meeting of 2021 on Wednesday, Dec. 22, at 9 a.m., in the conference room located in the Susquehanna County Courthouse, Lake Ave., Montrose.