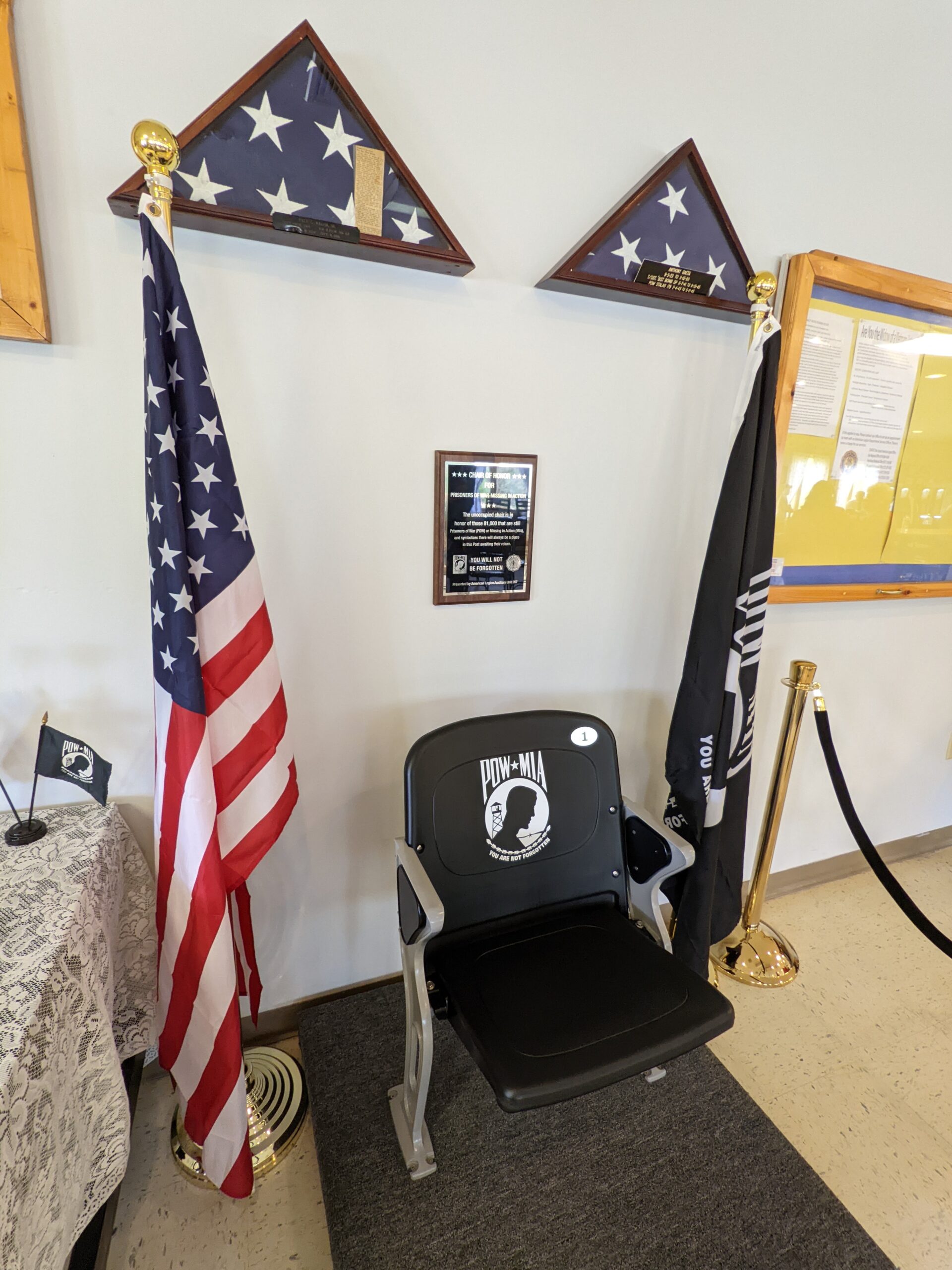 A Chair of Honor was installed Saturday at the Hallstead-Great Bend American Legion Post 357, and was brought to the post by its auxiliary.

A dedication ceremony was held, with the Legion remembering three of its own World War II prisoners of war, which are commemorated with flags on the wall. The Chair of Honor was installed below the flags.

According to Rolling Thunder website: “The Rolling Thunder®, Inc. National POW-MIA Chair of Honor Program is intended to support Rolling Thunder’s main mission by bringing daily reminders of the POW-MIA issue to cities and towns, big and small, across the nation.

“A POW-MIA chair in any location is to remain perpetually empty to help people remember that even though our soldiers are not here, there is still a space for them.

“POW/MIA Chairs of Honor can be found in public spaces ranging from professional sports stadiums to small town city halls, and everywhere in between. Rolling Thunder®, Inc. chapters nationwide also have portable POW-MIA Chairs of Honor for their individual chapter activities, like VA facility visits and local veterans’ events.”

Tina Haggerty, District President, said this is the first installation of the Chair of Honor in a Pennsylvania American Legion Post.

Guest speaker Ralph Galati, a Vietnam POW, was unable to attend due to COVID, but his speech was delivered on his behalf.

In the address, Galati noted that the Mission in Action issue came to the forefront during the Vietnam War. “It was brought into our living rooms every evening,” he said. He noted that over 1,500 remain missing from the Vietnam War.

As a POW, Galati said he was “not heroic” but was “adhering to an oath” to resist the captors.

“No one is exempt from the toll of war. The will to survive is powerful,” read the speech.

The POW/MIA Chair of Honor is meant to be a reminder of the sacrifice made by the still missing servicemen, according to Galati’s speech.

The ceremony also included a roll call of the missing:

*6 from the War on Terrorism.