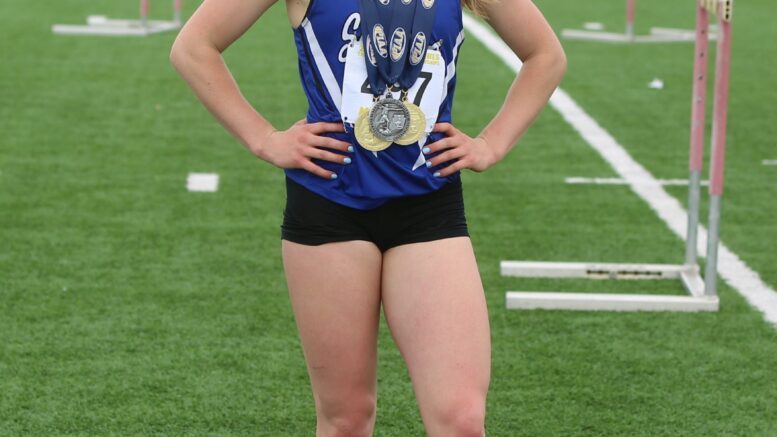 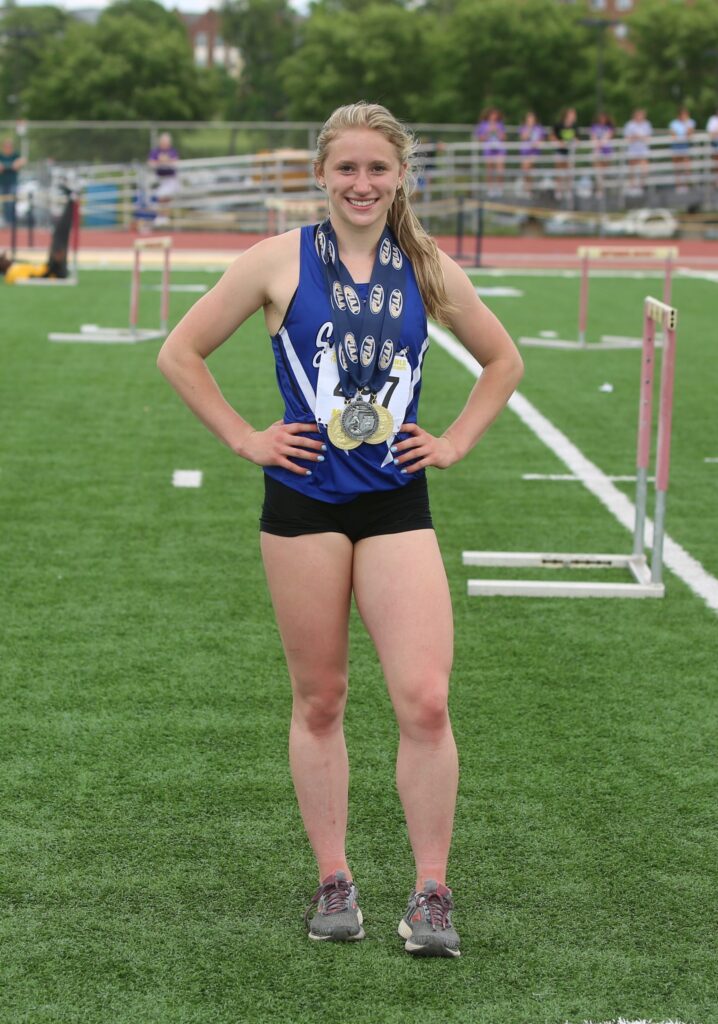 Susquehanna Community captured its first girls’ PIAA State Championship with the singlehanded effort from Tatum Norris. Norris captured two golds and one silver at the PIAA Track & Field Championships in Shippensburg, earning enough points to win the team trophy. She brought home a gold medal in both the 100- and 200-meter races, and a silver medal in pole vault. For more on the track & field championships. PHOTO BY ED KING

Tatum Norris had the program on her back. And she carried it.

As the lone Susquehanna Community participant at the PIAA Class 2A State Track and Field Championships, no one was expecting a team title. But Norris used gold medals in the 100 and 200-meter races and a silver in the pole vault to accumulate 28 points to give Susquehanna its first girls’ PIAA State Championship in any sport.

Norris first struck gold in the 100 claiming the event in a time of 12.40 seconds, well in front of the rest of the field that Norris didn’t even realize how far ahead she won.

“I never really feel how close my competitors are in sprinting unless I can see them in the corner of my eye,” said Norris

She later claimed her second gold medal in the 200 when she won in a school record and season best time of 24.94 seconds.

“Honestly, it feels surreal,” said Norris. “To see something happen that I’ve worked so hard for is amazing.”

Norris nearly claimed a third gold medal, but with her focus on the 100 she missed her first two jumps at 11 feet on the pole vault. She cleared on her third attempt and finished clearing at 11 feet 6 inches to tie Western Wayne’s Ella Dougher, but Dougher won the gold having cleared the height in fewer attempts.

The team title even caught the Susquehanna coaching staff by surprise.

“We never really thought about it,” said Susquehanna Coach Susan Day. “We were just focused on Tatum’s individual events.

Norris couldn’t stick around for the team trophy as she had to hurry back to Susquehanna for the Junior Prom.

“Tatum is a driven, dedicated athlete,” added Day. “She works as an individual and for her team.”

Smith ran both the 100 and 200-meter races finishing third in the 100 and eighth in the 200 to capture the last medal in the event.

Smith earned two more medals as the anchor for both the 400 and 1600-meter relay teams.

In the 400, Smith was joined by Stephanie Summerville, Gracie Dalton, and Aspen Smith to finish in fourth place with a time of 50.48 seconds.

Smith and Summerville then joined Chloe and Kristie Diaz to earn the final medal for Smith by finishing sixth in the 1600 relay crossing the finish line at the 4:08.9. 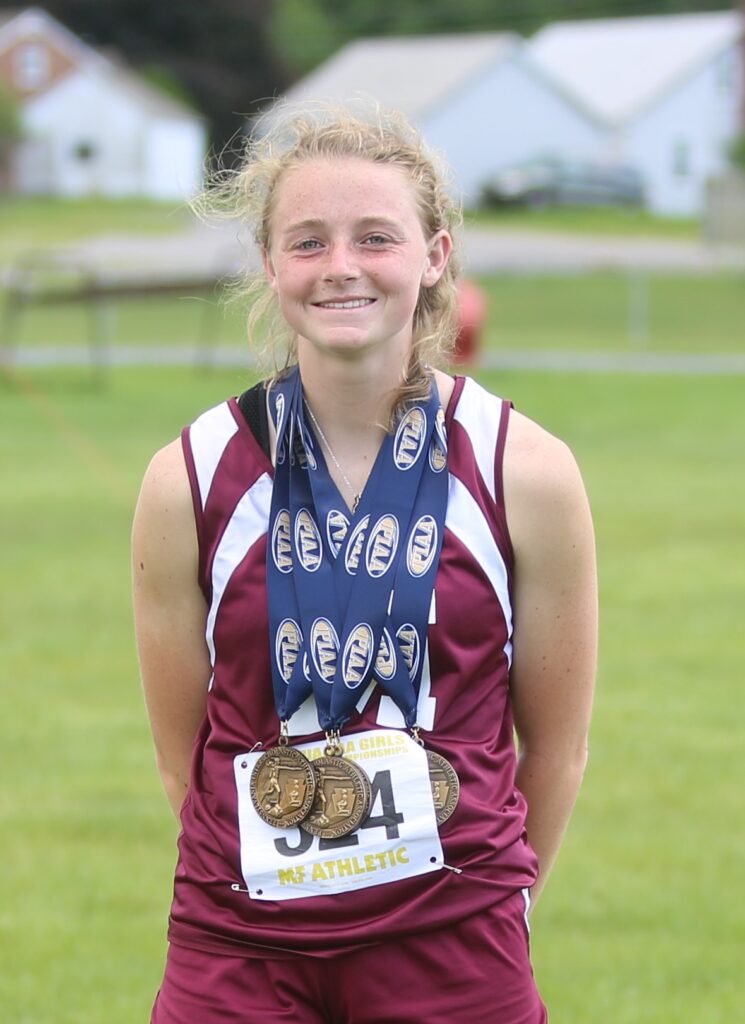 The county was well represented in the distance races. On Friday, Elk Lake’s Krista Jones closed out her high school career with a state medal finishing sixth in the 1600-meter race crossing the finish line in a time of 5:07.89. Finishing two spots behind Jones was Forest City’s Kate Korty who finished at 5:08 .48

On Saturday, Rachel Korty joined her sister with a state medal finishing fourth in the 800-meter with a time of 2:17.55.

Montrose had two other athletes perform on Friday. Summerville finished 12th out of 26 runners in the 400-meter race with a time of 1:00.25 just four spots from qualifying for Saturday’s finals.

In the field, Alexis Hawley finished 20th in the discus.

On the boys’ side, Blue Ridge’s Gerald Welsted just missed qualifying for the finals in the 100-meter placing tenth out of 31 runners with a time of 11.34.

Heath Bowker of Blue Ridge finished 17th in the 400-meter race, while Bowker and Welsted also teamed with Jacob Birtch and Caeden Bowker to place 16th in the 1600 relay with a time of 3:32.46.

Be the first to comment on "Sabers’ Norris claims state championship"